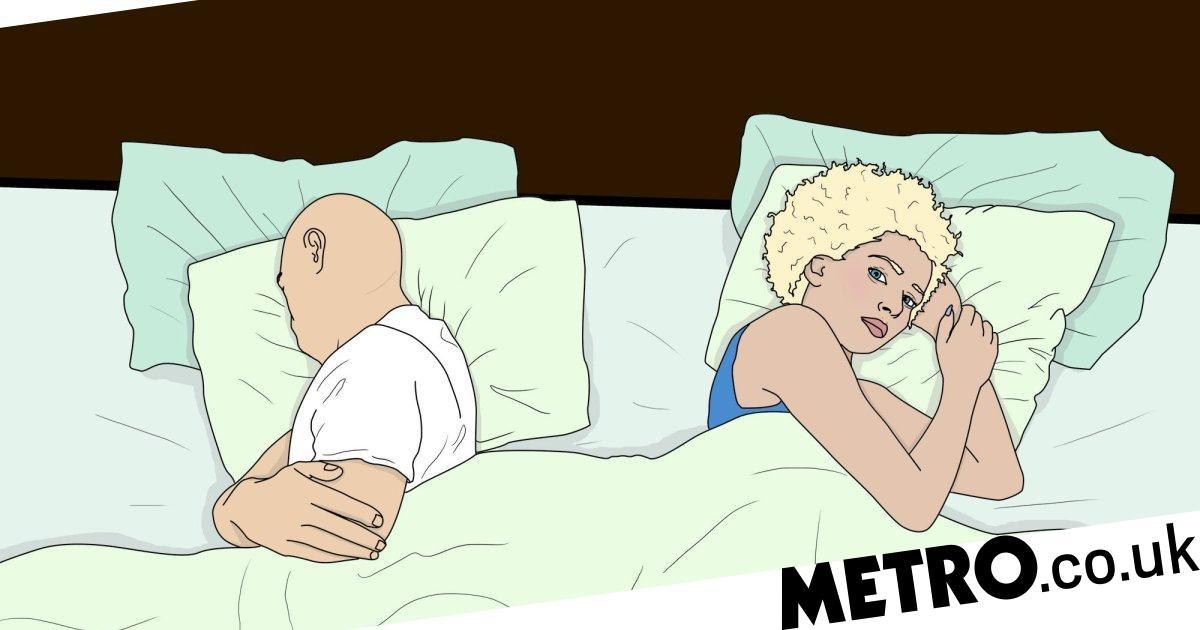 The intensity of lockdown is enough to put a strain on any relationship.

While quarantine has brought some couples closer together, others have found the situation has pushed them further apart.

It seems the latter was the case for a number of couples in China earlier this year, as divorce rates spiked after quarantine was imposed.

But with courts and solicitor offices closed, what should couples do if they want to file for a divorce in lockdown?

Ann Robinson, head of family law at Blacks Solicitors, says divorce is still an option for couples in lockdown, as many legal professionals are still operating as usual.

Ann tells Metro.co.uk: ‘Some people who’ve been separated for a long time but have never got round to making their split legal are now finding the time to sort this out.

‘Others, unfortunately, have found that the pressures of lockdown itself have caused their marriage to break down.’

The good news is that telephone appointments and conference call meetings are still available, so people can access legal advice.

Ann adds: ‘Most solicitors have embraced technology over recent years and are doing even more so now.

‘It’s common for cases to progress via email in preference to post as this is quicker, but every client is treated individually and traditional methods of communication are still available if people don’t have access to a computer.’

Ann stresses that the courts are still operating, even though attending the actual buildings isn’t currently an option.

She explains: ‘Hearings are dealt with remotely by telephone or visually by means such as conference calls and each party, solicitors and the Judge are separately dialled in.

‘Whilst telephone hearings have been around for many years there has not previously been a huge amount of use in family cases until lockdown came in.

‘These, and the new video hearings, have meant a big change for family lawyers but one which is welcomed as a means of enabling justice to continue being delivered.’

Zoë Bloom, a family solicitor at Keystone Law, adds that virtual hearings are just as effective as in-person ones.

She tells Metro.co.uk: ‘We have no in-person hearings but the whole profession has moved to virtual hearings and while they are not always perfect, they are working reasonably well and should not put you off.

‘Hearings will be virtual until 1 September and thereafter the policy will be reviewed. Except in urgent cases (and some children-related cases) commencing proceedings now is unlikely to result in a hearing much before 1 September by which point the court may be open again.’

But while courts and legal professionals are operating as usual, the only difference is that lockdown has resulted in delays.

Ann adds: ‘It’s important to be aware that some court hearings have been adjourned so there is likely to be a backlog of cases in the court system over the next few months. This means that proceedings may take longer than usual.’

Zahra Pabani, a family law partner at law firm Irwin Mitchell adds: ‘Some courts have shut down completely, some haven’t – depending on the area.

‘London is probably the most difficult place and the slowest place to get divorce proceedings going at the moment.’

But overall experts stress that people who are absolutely sure they want to divorce, shouldn’t delay the process because of the pandemic.

She adds: ‘If you’re sure about wanting to get a divorce, my advice would be not to wait as the backlog in the courts after the crisis has passed will be immense. It’s better to get the process going sooner rather than later.’

Zahra also explains that some individuals have been trying to use coronavirus lockdown to their advantage, in terms of slowing down cases or preventing contact between a child and separated parent.

She says: ‘Now there are cases where this has had to happen but there are others where COVID-19 has been used wrongly as an excuse – the courts will not be impressed by this and have made that clear.’

While lockdown is still firmly in place in the UK, couples who are looking to live apart can now do so.

Renato Labi, a partner at family law firm Hughes Fowler Carruthers, says: ‘Since the government revised its guidance for England last week, people are able to move house or look for somewhere else to live.’

However, this does not yet apply to Wales, Scotland or Northern Ireland.

But it’s important to stress that this is completely different for those experiencing domestic violence.

Renato adds: ‘The government’s household isolation instructions do not stop you moving out if you need to leave your home to escape domestic violence.

‘You are also able to apply to court to exclude a violent or abusive partner from your home. This is the case anywhere in the UK.’

Do you have a story to share? Get in touch by emailing MetroLifestyleTeam@Metro.co.uk.

MORE: People in polyamorous relationships reveal what it’s like having multiple partners in lockdown

MORE: We had couples therapy on Zoom and it saved our relationship

MORE: Being locked down on different continents led to the end of my relationship