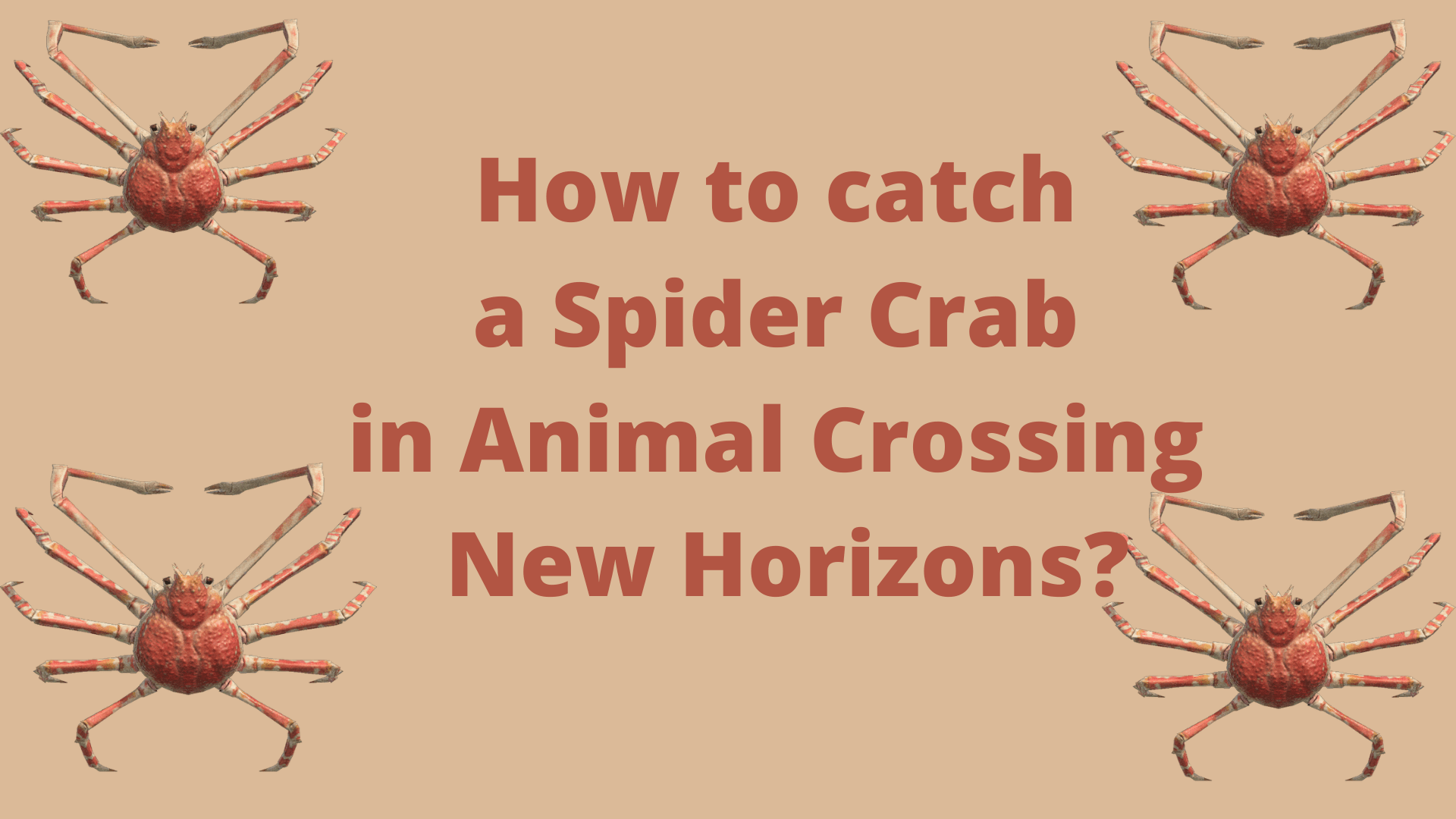 With the announcement of Summer update wave 1, Animal crossing new Horizon has released a set of new creatures. The 3 major (swimming, diving, and wetsuits) and 2 minor(New Pascal Character & Mermaid Furniture) updations have been done! There are 40 different creatures in Animal Crossing game and out of then one is Spider Crab. Each creature has some size, speed, and selling price. If need to catch these creatures and catching the procedure of each one differs. Today I am going to discuss how to catch a Spider crab in Animal Crossing.

The updations swimming, diving, and wetsuits will help you to catch the creatures easily. Before diving into catch a Spider crab in Animal Crossing, I would like to discuss a brief about updations and their benefits.

With July update, the first time ever you can swim around your island. Using a wet suit, the sea is yours to explore and by diving, you can find new sea creatures to grab. Just like fish and bugs, these new sea creatures can be donated to the Museum expanding the institution’s collection. You’ll require a wet suit in order to unlock the swimming ability though. You can buy a wetsuit from Nooks shop for 3000 bells.

How to catch a Spider Crab in Animal Crossing New Horizons?

Spider crabs are deep-sea creatures found in the deep ocean. Their shadow is very large in size and due to their high speed, they are not easy to catch. But today I am going to share a trick that you will love to use in your game.

You can also try another method using ropes:

Lead it into the ropes that surround the water. When the Spider Crab gets to the ropes, it will have to turn around, giving you some time to catch up. As soon as you’re close enough, dive down and grab it.

The Giant Spider Crab can be donated to the museum. After that the following text describes them:

“Known for their long legs, adult male spider crabs can have leg spans of over three yards. This actually makes them the largest species of crab in the world. They are thought to have lived in ocean bottoms for tens of millions of years without changing shape. Their vivid-orange bodies feature white spots, making their coloration truly beautiful.”

The new updations bring new excitement for players. It gives a real-life experience but this time under the sea. Catch creatures, sell them, then catch other creatures and keep playing! using the above method you can easily catch a Spider Crab in Animal Crossing New Horizons.

Share your valuable feedback. Mention in comments if you know any other tried method to catch a spider-crab easily. We would like to update.