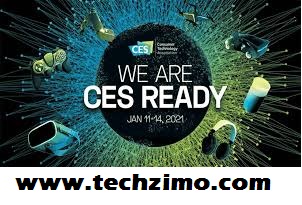 CES 2021 is all virtual and has started where we can witness some exclusive and beyond imagination, technologies.

CES® is the most influential tech event in the world — the proving ground for breakthrough technologies and global innovators. This is where the world’s biggest brands do business and meet new partners, and the sharpest innovators hit the stage. Owned and produced by the Consumer Technology Association (CTA)®, CES features every aspect of the tech sector.

What does CES showcase ?

It also includes a conference program where the world’s business leaders and pioneering thinkers address the industry’s most relevant issues.

Top 5 technologies to be showcased at CES 2021

Samsung has announced that it will be showcasing its C-Lab projects and C-Lab Outside startups at Consumer Electronics Show (CES) 2021, which will include the unveiling of four projects of the company from C-Lab outside that are still in the works.

Samsung is also going to unveil its new lineup of TVs including Neo QLED TV or ‘quantum dot LED TV’ and an improved backlight system based on Mini-LED. The NEO QLED TVs aim at providing improved contrast and brightness over existing QLED displays.

The CES 2021 will commence with Verizon Chairman and CEO Hans Vestberg, who will deliver the CES 2021 kickoff keynote address, discussing 5G as the framework of the 21st century, the essential tech of the present and accelerated tech of the future to move our global community forward, such as telemedicine, tele-education and more.

In words of Roger Cheng,”I know it feels like we say this every year, but a lot of things are in place to really allow 5G to dominate the conversation at CES, especially since this show is going more virtual and relying more on panels and discussions than whiz-bang demos of gadgets. All three US carriers now have nationwide 5G coverage. Every phone-maker — including and especially Apple — is on board.”

Although data shows that consumer health will not be adversely affected by 5G radio waves, Deloitte predicts that up to a third of people around the world will worry about it anyway. To assuage consumer concerns, the telecom industry should communicate with legislators, be proactive on social media, and reach out to vertical sectors to explain how 5G works. ​For more on 5G, don’t miss the CES® panel “5G’s First Year: From Insight to Innovation.”

LG Display company produces OLED panels used in TVs. These are consumed by LG, Sony, Vizio and other makers round the globe.

The company’s focus this year is on new transparent OLED screens, which LG has improved to provide 40% transparency, compared to 10% for current generations.

The online showroom will demonstrate the following scenarios, each with a 55-inch transparent OLED screen.

4. Artificial Intelligence as an Anti-Ageing Agent

Though chronological aging cannot be stopped, artificial intelligence (AI) may soon be helping us slow biological aging, which is influenced by lifestyle, behavior and other factors, and is a more reliable indicator of health status and mortality.

AI is able to identify trends and determine causalities through patterns from medical data, pictures and more.

In a project with mice, AI algorithms analyzed daily photographs of the mice to extract potential aging markers and develop lifespan control solutions. The same process of learning visual biomarkers can then be transferred to other species, including humans.

Beyond image analysis algorithms, AI can determine recurring patterns in human aging to find biomarkers. By sifting through mass data on various blood tests, retinal scans, muscle analyses and more, or comparing human data to that of other species, AI can identify trends of aging in different populations.

On a deep level, uncovering the way proteins and cells respond positively or negatively to treatments enables AI to contribute to the efficient development of medicine.

The power of deep learning may soon help us ease the discomforts of biological aging.

Mercedes-Benz wants to turn a car into a cinema. Confused? Well, the German luxury automaker is showing off a 56-inch screen it plans on fit inside in its new electric car. The OLED screen, which is over 56-inches, stretches across the entire width of the car. Perhaps the light of the Hyperscreen is its AI capabilities. The company says the system adapts completely to its user and even suggests personalised suggestions.

This is pure luxury I believe !

Technology has taken a next notch. Its just the first day of CES 2021 and we have witnessed some of the amazing technological innovations and inventions.

We will keep you updated with the latest posts on CES 2021. We are currently drooling over the Merc Hyperscreen.