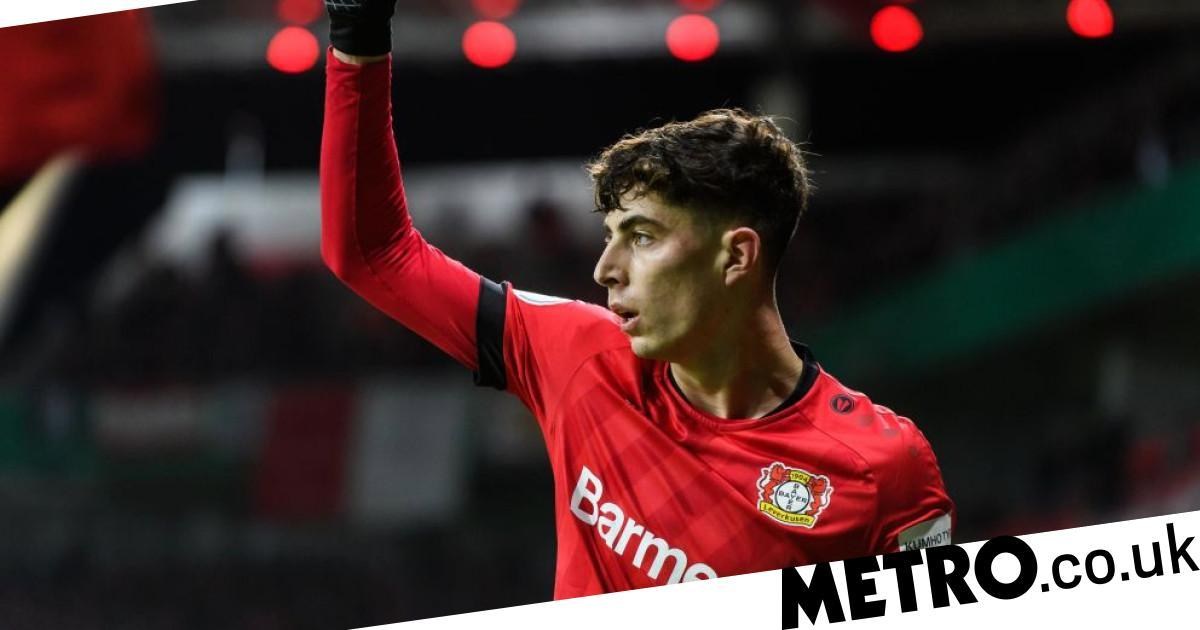 Kai Havertz is redoubling his efforts to make himself the most sought-after talent in Europe by scoring his second brace since the Bundesliga’s return, but was coy when facing the inevitable questions about his future.

The German has now scored in four consecutive games and clearly the coronavirus hiatus has not bothered him one bit in terms of his performances.

Havertz has been linked with a string of bigger clubs, with Chelsea and Manchester United especially keen in the Premier League and he faced questions about where he will be playing his football next season.

He spoke like a man who knows he will have a big decision to make very soon, although refused to commit on his plans.

‘I do not like to say, of course, that there is a lot of speculation,’ Havertz told Sky after the win at Gladbach.

‘I’m concentrating on this season and will see what happens afterwards. I am very grateful to Leverkusen and I don’t want to mess it up in any way.

‘We’re happy about the win. We put it on ourselves to win here and we did that.

‘We had to really give everything today and I think we deserved to win in the end.’

Leverkusen boss Peter Bosz was keen to take the attention away from his young star, saying: ‘Kai played a little better than against [Werder] Bremen. But it’s not about Kai.

‘We at Bayer did a great job and Kai was one of them. There were 13 others who played as well as Kai.’

Former Leverkusen star Dimitar Berbatov can see Havertz pulling on a Chelsea shirt next season, seeing him as an ideal replacement for Eden Hazard who left for Real Madrid last year and has not been replaced.

Berbatov told Betfair: ‘I think it is interesting to see Chelsea linked with him, they haven’t really replaced Hazard since he left and it was always going to be difficult to do so.

‘I think for sure they need to go for a young player with a lot of football ahead of them, if that is the case then they will also have to be patient as well because sometimes young players need time to adjust to the physicality and speed of Premier League.

‘Havertz is an option for them but it has only been the first week back of the Bundesliga and I hope that he continues to way he has comeback, by scoring and producing the goals that he has done so far.’

Liverpool have also been linked with Havertz in the past, while Barcelona is another possible destination for the 20-year-old who has the world at his feet.