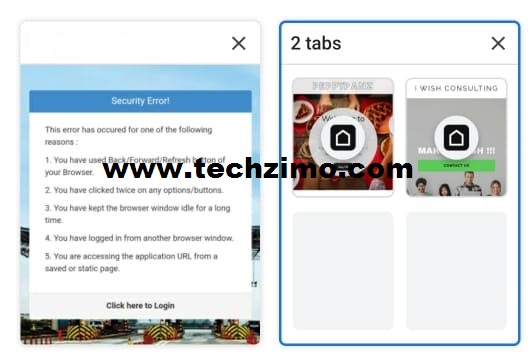 As per the reports from 9to5Google, Chrome’s Android app is being updated with a new interface for switching tabs, and a new tab grouping feature to help organize open web pages. Reportedly the new feature is visible for some right after the Chrome 88 update. It is yet not available for all users though.

The tech giant is also rolling out the tab groups feature announced last year for users on Android. Tab groups feature lets users drag and drop one tab on the another in order to group them together. They can also create a tab group by opening the overflow menu and selecting Group Tabs. Users can also see a new option to Open in a new tab in group option by long-pressing a link, as per the report.

The feature was earlier rolled out for the desktop version of the browser.

Also Read : Google warning! It would shut down Search Engine in Australia if Force to pay for News.

How to activate the new grid layout in Chrome for Android ?

The new layout will be updated by default as and when you update the Chrome app. By any chance if you are unable to activate the new layout, you can follow the easy steps.

Type ‘chrome://flags/#enable-tab-grid-layout’ in a browser tab. After this, you will reportedly have to restart the app twice to get the new layout to stay.

Grid view has been available for Chrome on iOS for a while now.

How to start Group Tabs ?

This new feature is quite similar to the one we do with the apps generally on Home screen of our smartphones where we drag and drop apps one on another. Once the users have updated the Chrome, they will be able to group the tabs they use and open.

Chrome will still open up new tabs in groups when you open a link in a new tab. Hence, any secondary tabs that open up when you are on a page, will open within the same group. This is especially handy in instances like comparing and shopping for products on Amazon.

While the implementation works well, it still misses out on a number of features from Chrome’s desktop counterpart, which allows you to rename Tab Groups and assign specific colors to them. Google will perhaps eventually bring these to the mobile version of Chrome as well.

How to turn off Group Tabs ?

Some users dislike this new layout given their muscle memory for the previous interface that has remained relatively unchanged for years. Meanwhile, this grid view has been in use for some time now on Chrome for iOS.

At the moment, you can turn it off by entering the below link in the address bar, tapping the dropdown menu, and selecting “Disabled.” Relaunch your browser afterwards by clicking the blue button that appears at the bottom of your screen. You might also need to close Chrome from the Recents multitasking menu or force stop under App Info.

The features started rolling out last week. But they don’t appear to be available for every Chrome user just yet. However, you can manually enable them via Chrome’s experimental flags by navigating to chrome://flags in the address bar, and then searching and enabling the “Tab Grid Layout,” “Tab Groups,” “Tab Groups Continuation,” and “Tab Groups UI Improvements” options. Restart Chrome twice to get the new interface to appear.