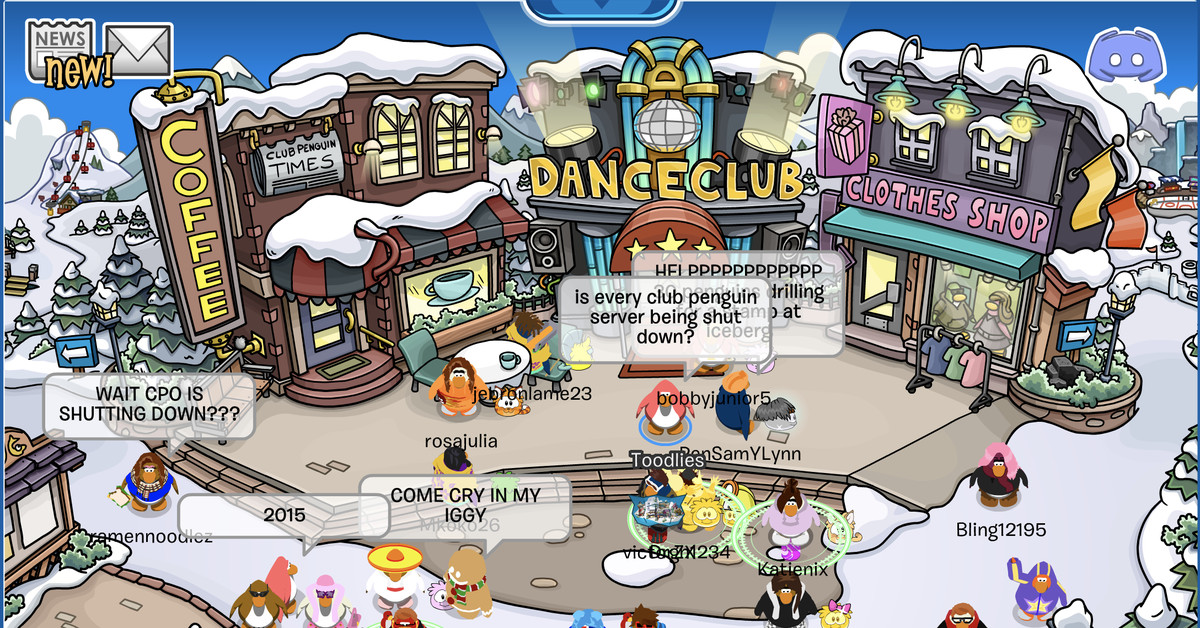 One of the largest unlicensed Club Penguin fan servers, Club Penguin Online, says it will shut down at the end of the month after receiving a Digital Millennium Copyright Act (DMCA) takedown notice from The Walt Disney Company.

Club Penguin Online, an unlicensed revival of the popular Disney-owned children’s social network, is one of the largest fan replicas of the game, accruing over 8 million users over the last two years. In a now-removed blog from this week, Club Penguin Online wrote that the game would no longer be running “after May 2020” as the result of a copyright claim. The notice, which is available in full through the nonprofit Lumen Database, says the site “is an unauthorized version of the Club Penguin game and contains infringing copyrighted content.”

“In all honestly, it isn’t worth it”

Club Penguin appears to have complied with the order; as of publication, the website is no longer available.

“If anyone does try to revive the game, it’ll be extremely difficult now as you’ll have to worry about Disney, and in all honestly, it isn’t worth it,” the admin wrote.

Club Penguin Online and Disney did not immediately respond to requests for comment.

Disney purchased Club Penguin in 2007 and officially shut the game down in January 2017 after it had seen a dramatic drop-off in users over the years, according to TechCrunch. Soon after its closure, Disney launched Club Penguin Island, which received plenty of criticism from the old game’s fans for lacking popular features in the original game. By the end of 2018, Disney shut down Club Penguin Island, too.

Since the 2017 shutdown, people started launching their own unlicensed versions of the game like Club Penguin Online and Club Penguin Unwritten so fans could continue to play the games into the future.

As social distancing orders have gone into effect across the globe, old fans of Club Penguin, Minecraft, and Webkinz have returned to their former favorite games. This spring, popular artist Soccer Mommy played a live music set in Club Penguin Rewritten as part of a larger wave of in-game concerts during the pandemic.

“We would like to thank you all for making this journey a memorable and enjoyable one, despite the rocky ending,” Club Penguin Online’s blog post read.