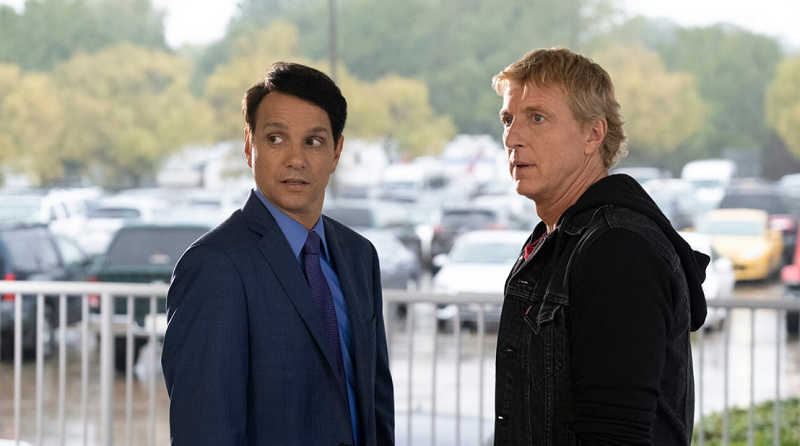 ‘Cobra Kai’ season three is set to release on Netflix from January 1, 2021. Initially, the 3rd season of Cobra Kai was set to stream on Netflix from 8th January but Netflix surprised Cobra Kai fans and you can witness the season one week before. This season of Cobra Kai is based on Robert Mark Kamen’s iconic “Karate Kid” movie franchise and the news of early streaming was unveiled by William Zabka’s Johnny Lawrence.

The official ‘Cobra Kai’ Twitter account also shared the news of the latest premiere date on Netflix with Johnny Lawrence writing; “QUIET! I heard you all whining about season 3 taking forever. So I called the pawn shop and the guy walked me through this Netflix thing. Dude knows his stuff. Now you get it a week early. See you Jan 1, nerds Johnny Lawrence.”

Seriously it is a great gift for Cobra Kai’s fans from Netflix as their favorite comedy-drama would available to watch earlier. Fans who are eager to watch more action and drama will be lucky to kick start their new year in the same way as they want.

Season 3 of Cobra Kai will come with 10 new episodes and you can expect an epic team-up between Johnny and Daniel as they try to recover from the fallout of that intense, heartbreaking Season 2 finale.

So fans, get set ready to witness your desired martial comedy-drama on Netflix from January 1.