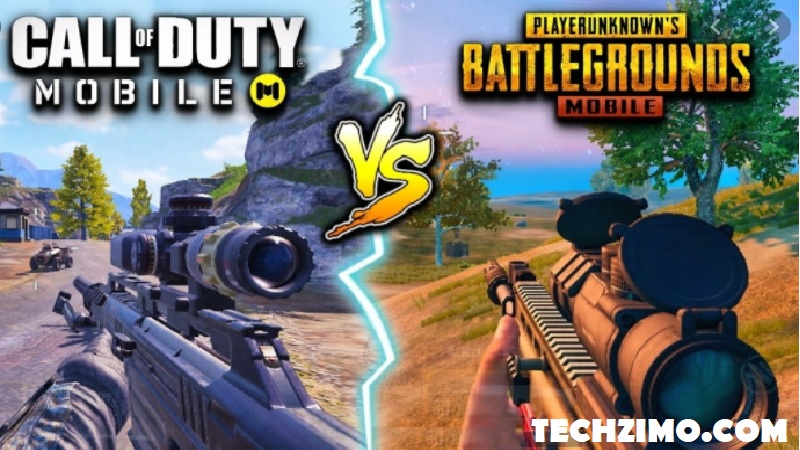 COD Mobile vs Free Fire: If we have to talk about the most spectacular games of the era to play on mobile phones then COD and Free Fire are definitely ruling the charts. Initially Call of duty was limited to gaming consoles but now Activision has performed an amazing job and brought its one of the most prominent visions for the community of mobile users.

Well, both COD mobile and Free Fire have also got a huge advantage as PUBG was banned in late September due to some legal issues at many places. As gamers are left with no choice to keep themselves entertained during the lockdown period. Their popularity reached new heights. Otherwise, all three battle royales are based on almost the same theme and had a huge fan following among gamers.  But there are few notable differences between COD Mobile and Free fire. so let us check out these.

Free Fire offers games that are quite quick and are action-oriented.  On the contrary COD, mobile offers matches of longer time intervals. They usually stretch time durations. Although COD is also an action-based game that has a broad array of exclusive elements that keeps you hooked with the amazing graphics and roleplay of the game.

COD Mobile arguably has more realistic graphics over its various maps and modes. It is great to pick for those who want to get into some long action on the battlefield. The game has a variety of modes in addition to a longer map.

Well, it is frequently notable that the Free Fire game is a cartoon-styled game that usually roams around an arcade-style approach. Whereas COD Mobile has achieved more popularity since it offers a broad array of maps and modes with amazing artifacts and textures.

The number of players in COD is about 100 whereas, in Free Fire, 50 players can play.

Well both COD and Free Fire have exhilarating high definition graphics but if we have to compare COD and Free Fire, then one thing worth noting here is that Free Fire offers animated cartoonish characters and gameplay whereas if you want to go for a realistic approach with real-time maps, great contrast, and sharp images then look no further and go for COD mobile as this is the perfect choice for you.

Both COD mobile and Free fire offer a broad array of modes that are engaging enough to keep you entertained all the time you play the game.

Free Fire modes: It is very much similar to the PUBG mobile

COD Mobile modes have a mixed collection of gaming modes to keep players hooked with it.

COD mobile is a bit demanding in nature as it has high definition graphics so to work properly it requires a stable internet connection with a good storage medium. Usually, it needs RAM of 3GB for the lag-free smooth experience.

On its contrary, Free Fire is supposed to run on devices that are low-end.  It gives a great performance even on low-end devices and do not hangs in between. So if you don’t have the patience for loading the game play and you are owning a low-end device then without giving a second thought, go for Free Fire as it will work efficiently on your device.

But if you are having a device with decent storage space and good chroma features then COD mobile is for you.

Well, both games are doing great at their places and are leaving no stone unturned to meet your expectations. So now we have given a detailed description of COD mobile vs Free Fire. I hope it would help you out. If we have to sum up the conclusion for you then just remember one thing that – Both games have amazing graphics, weapons, and modes of play but if you are someone who is looking for animated effects then go with Free Fire but if you are a more realistic person and want to see real characters then COD mobile is the optimum choice for you.