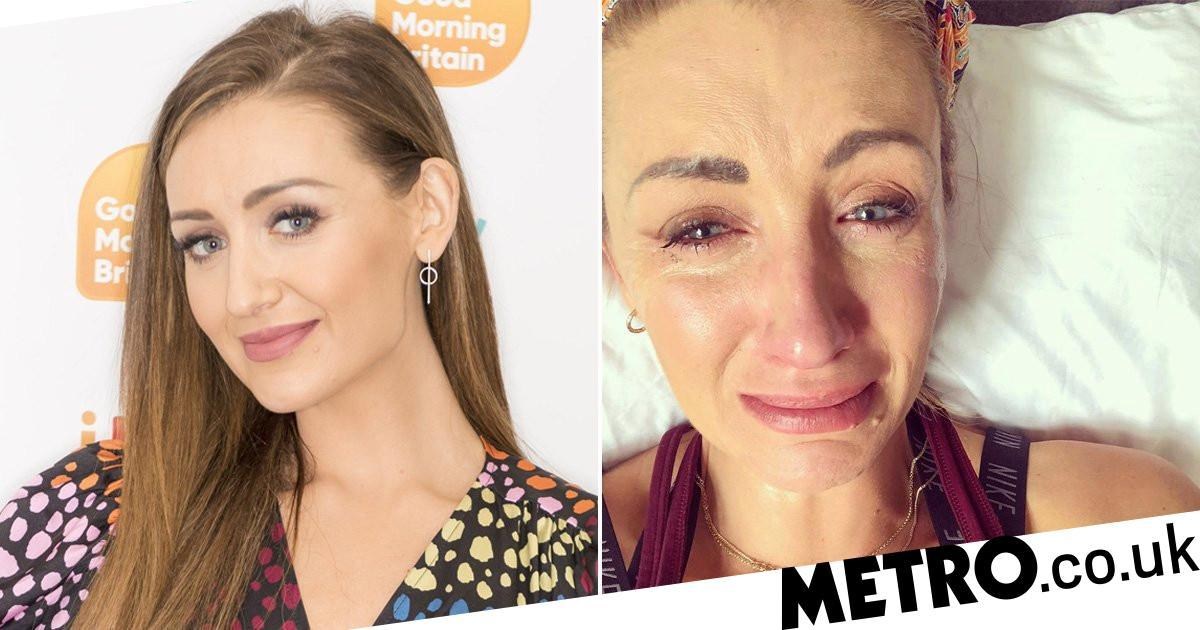 Catherine Tyldesley has shared an honest and raw photo of herself crying as she opened up about her recent ‘dark days’.

The actress struggled when her mum was taken into intensive care during a ‘horrendous’ month.

Her mum is now fine and recovering at home, but understandably Catherine was so worried about her at the time that she was unable to parent her five-year-old son Alfie, which made her feel ‘shame’.

Catherine thanked her husband for being her ‘greatest support’ and sent her well wishes to people who ‘don’t have anyone’.

Her emotional message was posted alongside a picture of herself in tears, and encouraged her followers to talk to someone if they were struggling.

The former soap star was part of a mental health panel alongside surgeon and speaker Dr Jonquille Chantrey.

The 36-year-old, who played Eva Price on the long-running ITV soap, said: ‘Lockdown has brought up many emotions for many people. Some days have been incredibly hard. Dark. Unworkable.

‘When my mum was in ICU I could barely function. It seemed all I could do was cry. I couldn’t parent. My inner child simply craved my mums touch…Thus I felt shame/mum guilt for not being able to “mother” my own son.

‘I’m lucky- I have a brilliant hands- on husband who has been the greatest support to us. Some people don’t have anyone. I can’t bare to imagine that.

‘Teamed with a huge change in my hormonal balance – last month was nothing short of horrendous. It’s massively important to me that we all #TALK.’

Earlier this month, the star’s mum was rushed to hospital in need of emergency surgery.

She also shared that her grandfather remains in hospital ‘fighting for his life’.

MORE: Westworld creator Jonathan Nolan is looking forward to the Man In Black ‘killing everyone’ in season 4

Westworld season 4: The Man In Black will apparently ‘kill everyone’