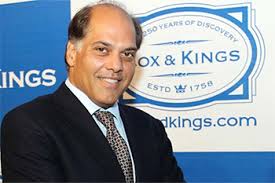 Last month, the ED arrested two former senior officers from the company, which is one of the defaulters of Yes Bank, as part of its money-laundering probe against the bank’s founder Rana Kapoor. The agency arrested Anil Khandelwal, CFO, and Naresh Jain, internal auditor of Cox and Kings, under provisions of the Prevention of Money Laundering Act (PMLA).

ED, while scanning the documents and transactions, detected alleged irregularities in the grant of loans worth Rs 3,642 crores to it by Yes Bank, which are still outstanding. If reports are to be believed, ED suspects that the sum was fleeced abroad.

The total scam is believed to be over Rs. 20,000 crores which has numerous loans from different banks. The company owes Axis Bank Rs 1,030 crores, IndusInd Bank Rs 239 crores and Kotak Mahindra Bank Rs 174 crores, according to the ED. The current case pertains to a loan of Rs 3,642 crores taken by Cox and Kings from Yes Bank. The money was never returned. Over five years (2015-19), as many as 15 fictitious customers, including a subsidiary named Ezeego, were set up by Cox & Kings for taking the loans, according to investigators. ED found these fictitious high-value debtors in the books of accounts and also another 147 sets of non-existent customers.