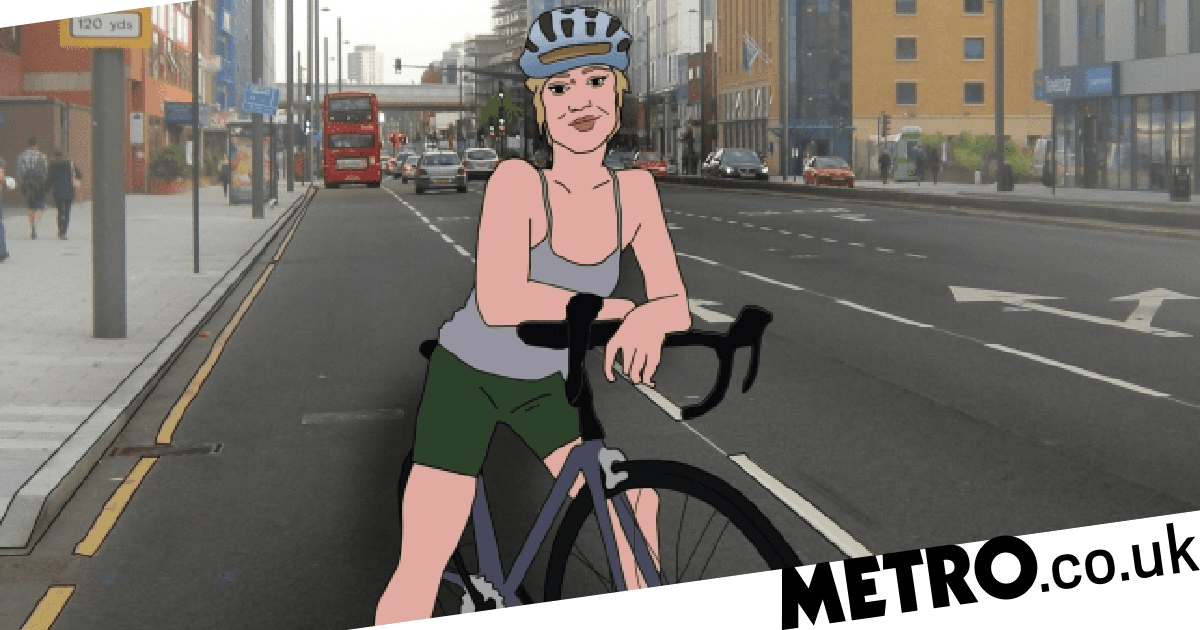 Coronavirus has meant lots of us working from home and doing anything to swerve the perils of public transport. No one’s ever enjoyed a sweaty commute on the central line – let alone when there’s a virus on the prowl.

That’s led to more and more of us dusting off our bikes to take up cycling – to the supermarket or as a means of exercise. And now the government has advised that we stay on our bikes once offices and workplaces reopen to avoid cramming up the trains, tubes and buses.

But aside from the fact that you won’t have to touch any contaminated surfaces or be trapped in an enclosed space with someone coughing away in the corner, there are so many benefits to cycling to work. Here’s a handy guide to starting cycling to work.

Start now and once we’re over this crisis, you’ll rarely bother to top up your Oyster card.

Going to work by public transport or car means having to stick to the main roads – that’s the nature of the beast. Even if you take the odd side road short cut, you’re still probably going to be stuck with urban landscapes (unless your commute is cross-country).

Cycling, however, offers you an opportunity to get off the main road and find some interesting landscapes. In London, for example, it’s often far quicker to get on the canal or walkways if you need to go from east to west or from northeast to southwest. To get from Stratford to Westminster, for example, you can cut through Victoria Park and the canal, come up at Haggerston before cycling down into The City and onto the Cycle Superhighway from London Bridge to Big Ben and beyond. That whole journey requires you to cycle down one main road for two miles – otherwise, it’s all Thames views or parkland.

Use Strava to plan out your route. It’s really simple to use and is great for plotting journeys off main roads.

It’s cheaper in the long run

Bikes can be super expensive but even if you spent a grand on a bike (you can get a decent one for about £150 so we’re talking top-notch for £1,000), you’d still save money in the long run. Once you’ve got your helmet, locks and panniers, there aren’t any more costs.

Let’s say your commute is a 30-minute car ride; that might cost you about £5 a day or £100 a month. So it’d take just 10 months of cycling to work off the cost of a really fancy bike. A zone 1-4 Oyster monthly pass costs £185 a month. Buy the bike on a cycle-to-work scheme and you’ll save loads within a year of purchase.

It’s better for the environment

Public transport is a much more environmentally friendly way to travel than taking the car but it’s still not totally carbon neutral, whereas cycling is.

Cycling gives you time to prepare…

All that time spent on your bike with the wind in your hair and sun on your face gives you an opportunity to get your head in the game before you get to work. Apart from anything else, cycling provides you with a bit of brain training – navigating roads and small spaces, working on co-ordination and balance.

Pack your work clothes the night before, get up and get on your bike. Spending an hour in the fresh air is going to wake you up, switch on your brain and have you feeling ready to face the working day – a far cry from the stressed-out mess that emerges from the tube station!

…and decompress from work

Did someone get on your wick all day? Fuming about that last phone call? Stressed by the workload? Get on your bike and feel all those issues dissolve. As you pedal, you can ruminate on whatever issues are on your mind so that by the time you get home, you’ve mentally dealt with them and you’re not wasting your precious free time worrying.

It goes without saying that cycling is a brilliant form of cardio. According to Harvard University, cycling at a moderate speed can help you to burn nearly 300 calories in 30 minutes. But cycling at any speed is better than nothing – it all gets your heart pumping!

Many people don’t get enough physical activity – something that has been linked to up to 5.3 million deaths a year worldwide. Being active can lower your risk of heart disease, type 2 diabetes, some cancers and even depression. And an active commute can play a massive role in setting you up for an active day. In England and Wales, 34% of men and 42% of women aren’t active enough because we rely on cars.

A new study by researchers at Imperial College London and the University of Cambridge, however, has been looking at the impact cycling, walking, getting public transport or driving to work has on the health of 300,000 commuters. Participants were followed for 25 years to compare deaths from cardiovascular disease and cancer, as well as new diagnoses of cancer.

It can be quicker than car or train

You may have to set off earlier in general but you’ll no longer be affected by random delays that are out of your control. Bikes can bypass jams and can take short cuts; unlike public transport, you don’t have to keep stopping to pick folk up so you can keep on peddling.

Oh, and because you’re already doing your exercise as part of your commute, you may decide that you don’t need to go to the gym before or after work as often as you used to – which saves you even more time to do what you want to do (unless you want to go to the gym!).

Your immune system gets a boost

Spending time outdoors can strengthen your immune system and cycling is particularly good at making you more resistant to things like colds.

Back in 2018, scientists carried out tests on 125 amateur cyclists aged 55 to 79 and compared them to healthy adults from across a wide age group and who didn’t exercise regularly.

They found that the cyclists had much better immune systems than those who didn’t cycle. We have an organ called the thymus which makes immune cells known as T-cells. From 20 onwards, our thymus starts to shrink…but this study found that older cyclists were generating as many T-cells as much younger people (the non-cycling group ranged from 20 to 80).

Physical exertion and recovery in fresh air is also supposed to help strengthen the immune system, by exposure to hot and cold stimuli.

All that outdoor activity also means absorbing more vitamin D – the sunshine vitamin. Vitamin D is necessary for the proper functioning of the immune system, which is why vitamin D deficiency has been linked to increased autoimmunity and susceptibility to infection.

And your road skills get better

No one’s saying that you have to ditch your car altogether…we’re just arguing that commuting to work by bike is better – if that’s viable for you. The benefit to cycling more in general is that it makes you a better driver when you do get back behind the wheel.

Spend a couple of rush hours on a bike trying to navigate roundabouts, side streets and traffic lights and you’ll see just how careless, arrogant and downright dozey some drivers can be. There’s a reason that bike boxes exist at traffic lights and why cyclists are forever trying to squeeze past your car by the curb; they just want to stay safe on the road.

Obviously, some cyclists are dreadful people too who have no respect for pedestrians, motorists, bus drivers or other cyclists but at least the next time you drive, you’ll be a little more aware of how much room you’re giving your two-wheeled comrades.