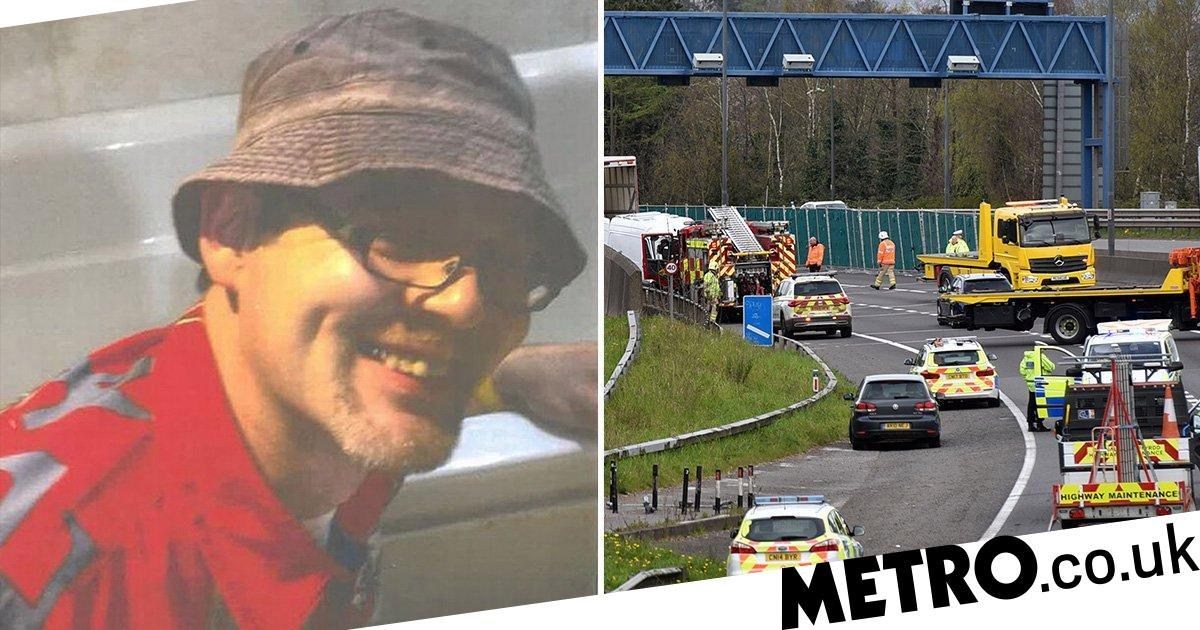 A ‘larger than life’ father-of-three lost his life when a suicidal driver ploughed into him on the motorway at 100mph.

Kirk Butcher, 45, was driving home from a 12-hour night shift when he was hit head-on by a Mercedes van. A court heard how 23-year-old Thomas Hughes planned on killing himself by crashing at high-speed into a lamppost.

But he missed his target and instead careered down a slip road towards oncoming traffic on the M4 near Newport, South Wales. Hughes smashed into Mr Butcher’s Nissan Micra at 3.30am on Sunday, April 5.

Hughes survived the crash and is now facing jail after admitting to causing death by dangerous driving. Speaking at Cardiff Crown Court, Judge Richard Twomlow said: ‘This is a very sad case, but the defendant should be aware that the inevitable outcome will be a lengthy prison sentence.’

Tributes have flooded in for Mr Butcher, who was married to wife Janet and had three daughters – Liela, 13, Isabel, 12, and Monica 10. His heartbroken mother Yvonne Butcher, 69, said: ‘We were so shocked when we heard the terrible news and I sometimes still don’t believe it has happened.’

Mr Butcher’s sister Leslie Flower, 30, said: ‘My brother was such a popular man. He was one of those people who really would do anything for anybody and he was always there for me. He always did the best for his family and adored his three daughters. Things were going so well for him just before he died. He had just celebrated his birthday and had started a new job.’

Mr Butcher had trained as a builder but he had been working at the time at a Tesco warehouse in Magor. His brother Lindsay Butcher, 41, said: ‘He was loud and larger than life – he was a real party animal.

‘He loved to play music and play it loud. He was into rave music and was a big Bon Jovi fan, which is a bit of a strange mix really. Kirk would actually keep a speaker with him in his bag wherever he went.’

A statement from his family said: ‘Kirk was a fun loving husband, father, son and brother. irk was a dad of three girls which he adored. He was a family man who lived his life to the fullest, often enjoying nights out with his wife Janet, and family.

‘Kirk was a builder by trade, so he had a wide circle of friends, he was kind and supportive and could always put a smile on your face.

He will be sadly missed by all that knew him. As a family we would like to thank all friends that have sent wishes and would respectfully request time to grieve.’

Mr Hughes, from Ebbw Vale, Gwent, was driving home from a Tesco warehouse near Chepstow before the fatal crash near Junction 25A of the M4.

Prosecutor Rob Simpkins said Hughes told police he was ‘feeling suicidal’ when he attempted to crash into a lamppost.

The court heard just before the collision, the defendant was told by a flatmate he was ‘no longer welcome’ after they had fallen out. Hughes, of Cwmbran, also admitted failing to stop after an accident.

He appeared in court via video link from Cardiff Prison, and was remanded in custody for a psychiatric report to be carried out. He is due to be sentenced on July 17.