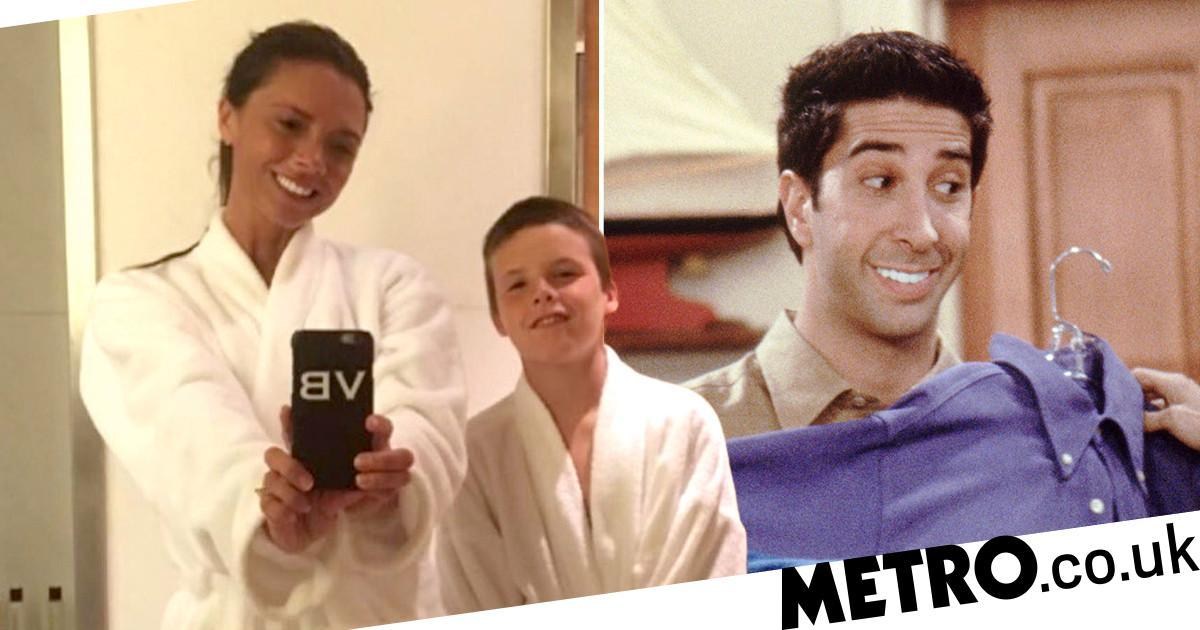 David Beckham absolutely rinsed wife Victoria by comparing her to Ross from Friends because of her extremely white teeth.

The fashion designer took a mirror selfie with her 15-year-old son Cruz, which was shared on his Instagram page, but supportive husband David couldn’t help but point out the similarities to the sitcom legend.

Ross would be proud.

Victoria definitely had a touch of Ross Geller about her in the snap, which harks back to the episode where the hapless paleontologist whitens his teeth to look good for a date, but leaves the substance on for too long.

Things go awry when the, ahem, lucky lady turns out to have a blacklight, which only makes his pearly whites glow in the dark rather alarmingly.

Cruz and Posh Spice wore bath robes in the snap while putting on their best smiles, and the teen couldn’t help but mention his mum’s glorious smile either.

‘Apparently my mum does smile 😃❤️,’ he wrote, and it’s a beautiful smile at that.

Victoria, who famously never smiles in photos, has spoken at length about her reluctance to grin when being photographed.

During an interview with Glamour UK in 2019, the star shared: ‘In the past, I’ve probably hidden behind my armour—the not smiling publicly, for instance. There’s less of that now.

‘There’s something really liberating about embracing who I am at 45 years old and owning it, feeling confident, feeling content.

She continued: ‘Doing beauty has really helped with that—it’s been very liberating. I want to spread the word that everybody should feel like the best version of themselves. ‘

The star went on to say she wants people to ‘own who they are’ and we’re living for it.

MORE: Halsey comes clean about how she really broke her ankle and admits ‘it’s pretty embarrassing’