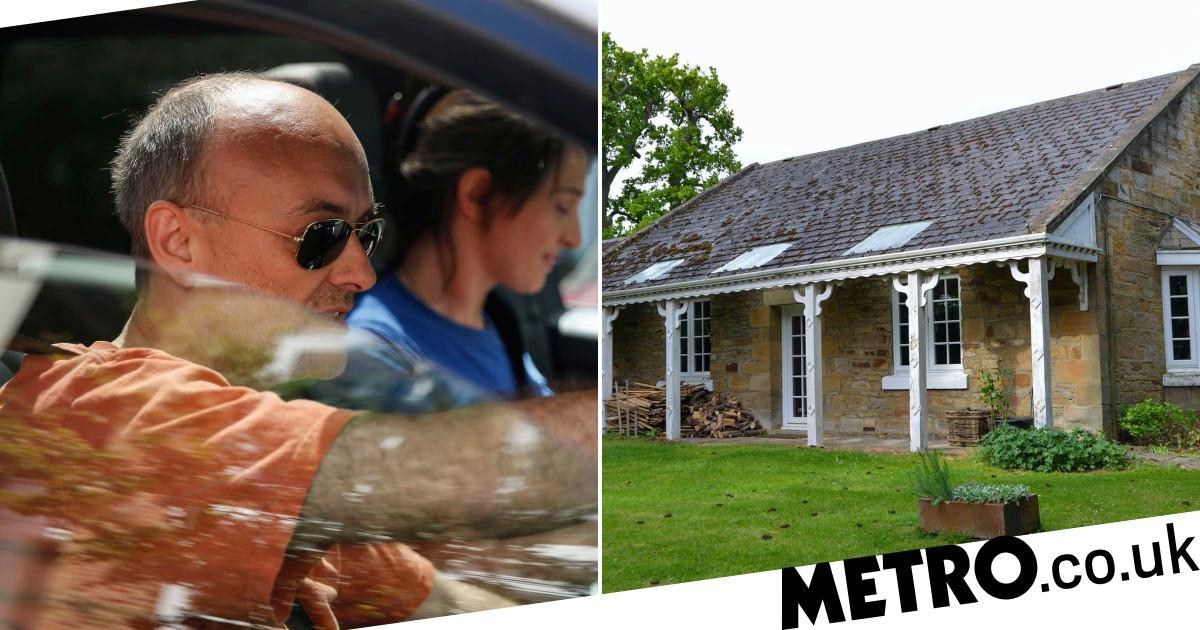 The Transport Secretary has said Dominic Cummings’ journey to Durham during lockdown was ‘perfectly sensible and rational’.

Speaking to Sky’s Sophy Ridge this morning, he described the senior advisor as a ‘stickler for the rules and insisted he was simply ‘trying to do the best by his child’ by moving his family more than 250 miles across the country.

He said: ‘He didn’t go and see his parents, he stayed in an adjacent property. This is somebody who has followed the guidelines to be in the best place to ensure provisions were made for his four-year-old.’

Continuing on, he added: ‘He followed the rules, which are remain in the same place, don’t interact with anyone else, lockdown, look after your child.’

Sophy then cut in to point out that by travelling to Durham from London, Mr Cummings and his family had not stayed in the same place. Shapps then responded: ‘If you lockdown, you go to the place where you are going to stay.

‘The guidance is clear, especially when there are young children involved. You will want to take steps that are practical for their care.’

He added: ‘These were perfectly sensible, rational steps that anyone as a parent would do.’

The Transport Secretary was then asked if he knew whether Mr Cummings had made the journey to Durham without a stop along the way. He said he could not say what the ‘journey was like’ but added that he knew Mr Cummings to be a ‘stickler for the rules’.

He also denied that Mr Cummings had been ‘back and forth’ across the country, and said he only returned to London once for work in April, therefore making it an ‘essential journey’.

Mr Cummings became the centre of a political storm after it emerged he made the trip to Durham with his family while his wife suffered from coronavirus symptoms in March.

On April 14 he was seen returning to work in Downing Street, but witnesses claim he was back in Durham again on April 19, having allegedly seen him on a walk with his wife. One eyewitness at Houghall Woods said the Brexiteer political strategist remarked: ‘Aren’t the bluebells lovely?’

Downing Street has insisted he ‘stayed put’ on his parent’s farm during his first visit and only travelled so that his parents could help with childcare. However, a retired chemistry teacher, 70, said he saw Cummings and his family walking along the River Tees in Barnard Castle on April 12, 30 miles from the Durham home.

The Prime Minister is now under increasing pressure to sack Mr Cummings after three MPs came forward calling for him to resign.