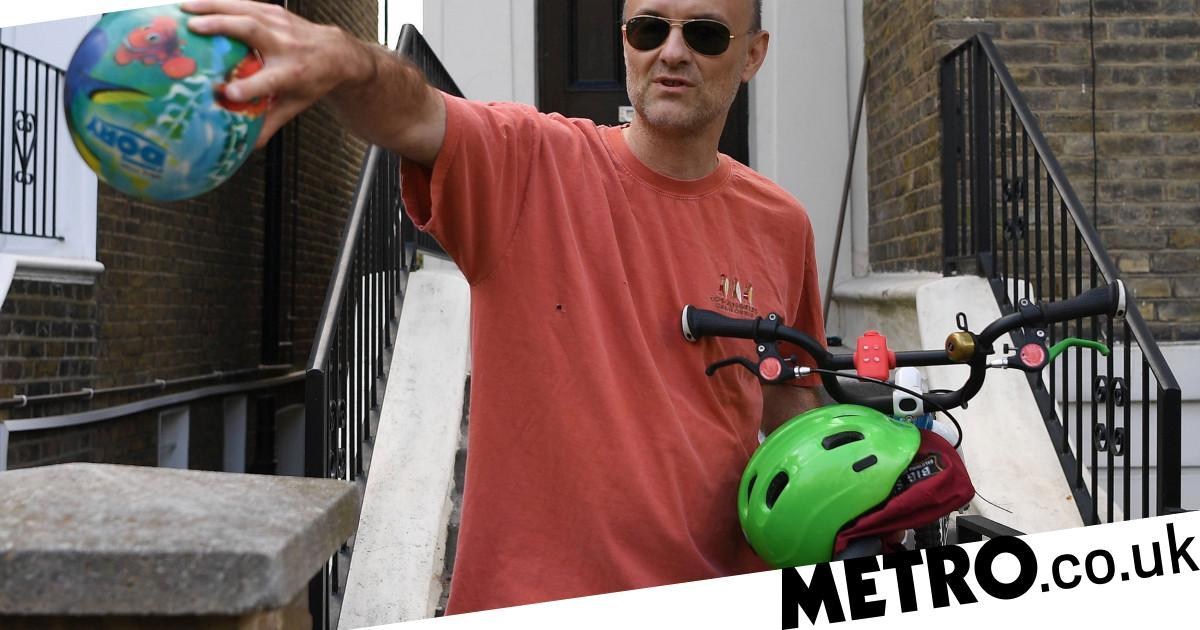 Dominic Cummings has said ‘who cares about good looks, it’s a question of doing the right thing’ when questioned on his lockdown scandal.

The PM’s chief adviser drove 250 miles from London to Durham with coronavirus symptoms at the beginning of April when strict travel restrictions had been imposed.

However, he insisted he acted ‘reasonably and legally’ on Saturday, adding that he didn’t care what people thought.

When asked by reporters if his trip to Durham during lockdown looked good, he replied: ‘I behaved reasonably and legally. Who cares about good looks. It’s a question of doing the right thing. It’s not about what you guys think.’

The top adviser made the journey with his wife and children to stay with his parents while self-isolating – despite the fact that the government ordered anyone with symptoms to not leave their homes.

Boris Johnson also said in March that children should not be left with older grandparents or older relatives ‘who may be particularly vulnerable or fall into some of the vulnerable groups’.

Downing Street threw their support behind Mr Cummings this afternoon, saying he behaved ‘in line with coronavirus guidelines’ as he needed childcare.

No. 10 also denied claims that he was spoken to by police after being spotted by neighbours in Durham.

Police had confirmed they attended a property in County Durham, although did not name the individual they spoke to.

The Downing Street statement said: ‘Owing to his wife being infected with suspected coronavirus and the high likelihood that he would himself become unwell, it was essential for Dominic Cummings to ensure his young child could be properly cared for.

‘His sister and nieces had volunteered to help so he went to a house near to but separate from his extended family in case their help was needed.

‘His sister shopped for the family and left everything outside. ‘

At no stage was he or his family spoken to by the police about this matter, as is being reported.

‘His actions were in line with coronavirus guidelines. Mr Cummings believes he behaved reasonably and legally.’