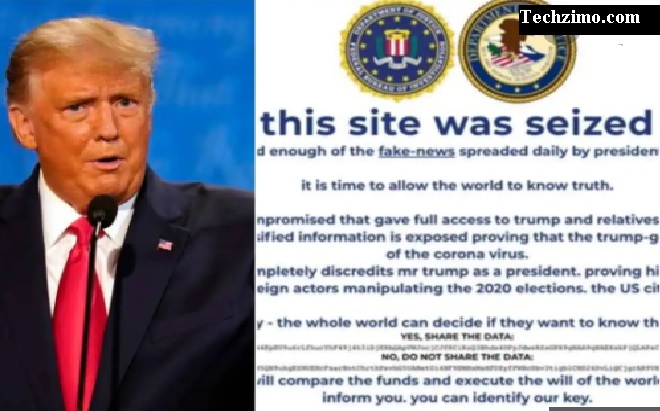 President Trump’s campaign website was briefly and partially hacked Tuesday afternoon as unknown adversaries took over parts of the page, replacing them with what appeared to be a scam to collect cryptocurrency.

Just after 7 p.m. EST, the page on Trump’s campaign website displayed a message reading, “this site was seized. the world has had enough of the fake news spread daily by president Donald j. trump.”

Campaign and other election-related websites are high-value targets for hackers because they are associated with entities like Trump but are not as secure as official sites like whitehouse.gov.

The message linked to two Monero cryptocurrency addresses— one to share the information and another to keep it secret—and asked users to deposit money into the wallet corresponding to their desired outcome.

Getting people to irreversibly send cryptocurrency to a mysterious address is a common form of scam online, usually relying on brief appearances on high visibility platforms like celebrity Twitter accounts and the like. This one is no different and was taken down within minutes.

The notice posted on the site in broken English claimed to have proof that the Trump government was involved in the origins of the coronavirus, and that the president has been involved with “foreign actors manipulating the 2020 elections.”

There’s no evidence that anything other than the website itself was affected by the hack, and it’s unclear who was behind it. However, it’s notable that it occurred just a week before an election in which foreign interference has been such a concern.

How to Watch Funimation Outside the US (Quick Guide)