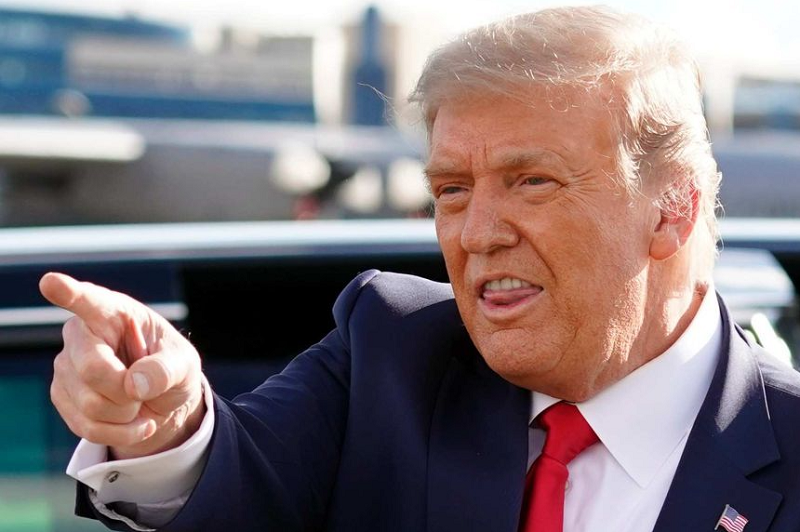 Trump tested positive for COVID19 on October 1 and then admitted to a military hospital for three nights and four days. Now the US president has declared himself cured of the COVID19 and he is ready for election rallies.

US President Donald Trump has said that he felt like a “Superman” after his experimental COVID-19 treatment and boasted about his new immunity to the disease which has claimed the lives of 216,000 Americans.

Holding his second rally since contracting coronavirus, Trump told a crowd of his supporters packed onto an airport tarmac in Johnstown, Pennsylvania that he felt like “Superman” after the treatment.

Trump was briefly forced to pause his re-election campaign after he tested positive for Covid-19 and he returned to the campaign trail from the battleground State of Florida on Monday.

Addressing his supporters in Pennsylvania, another battleground State, Trump, 74, thanked the doctors that treated him.

“All I know is I took something, whatever the hell it was, I felt good very quickly. I don’t know what it was, antibodies, antibodies. I don’t know. I took it, I said I felt like superman,” Trump said.“Then I said, let me at ‘em. Nah, and I could’ve been here four or five days ago. It’s great, we have great doctors. I want to thank the doctors at Walter Reed and Johns Hopkins, and–great doctors,” he said.

Trump said, that “one great thing about being president, if you’re not feeling 100 per cent you have more doctors than you thought existed in the world. I was surrounded with like 14 of them. Where are you from? I’m from this one. Where are you from? I’m from Johns Hopkins, I’m from Walter Reed. But what great, talented people. They did a great job.” Boasting about his new immunity to the disease, Trump said he can kiss everyone in the audience.

“And now I’m immune they tell me. I’m immune. I could come down and start kissing everybody. I’ll kiss every guy–man and woman. Man and woman. Look at that guy how handsome he is. I’ll kiss him. Not with a lot of enjoyment but that’s okay,” the president joked.