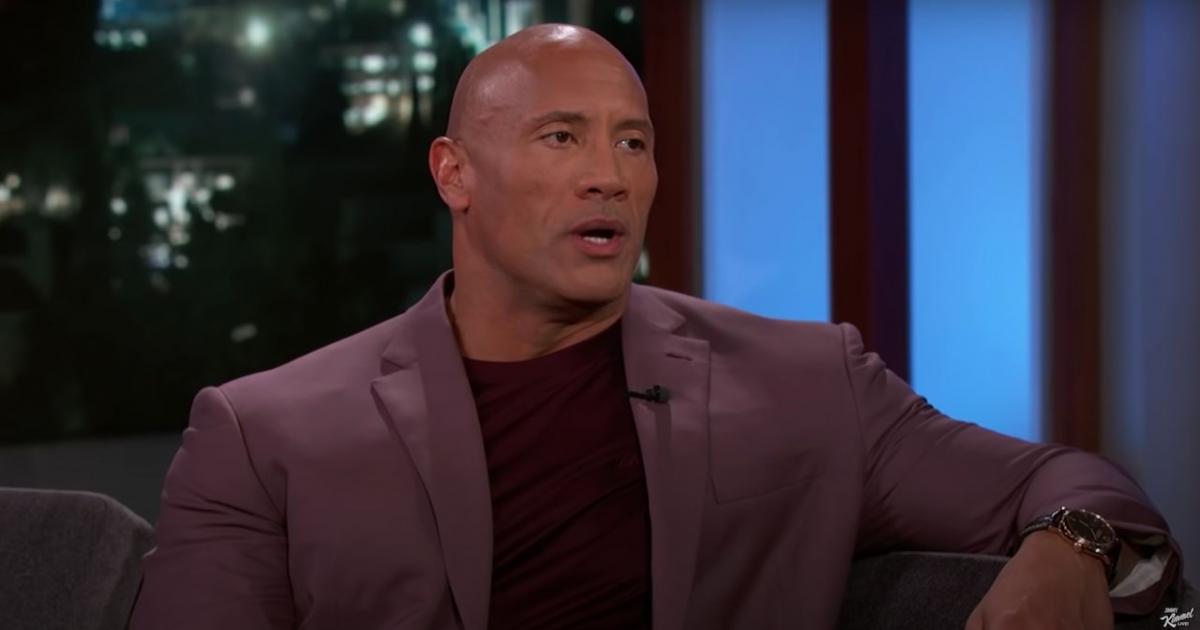 Wrestler-turned-actor Dwayne Johnson’s 18-year-old daughter, Simone Alexandra Johnson, has decided to follow in her dad’s footsteps and join the world of professional wrestling. And it certainly looks like Johnson is extremely proud of his daughter for doing so, considering that wrestling is kind of a family tradition for the Johnson family. Johnson recently made an appearance on ‘The Tonight Show Starring Jimmy Fallon’ via video-calling from his Georgia home. Throughout the course of the show, Johnson couldn’t stop talking about how much it means to him that his daughter Simone is joining the WWE family.

Jimmy Fallon began the episode by congratulating Johnson for his daughter Simone signing a contract with WWE. In response, Johnson said to Fallon that it just blows his mind that his daughter, at 18 years old, is going to be a WWE wrestler and that he is extremely proud of his daughter for following in his footsteps.

The 48-year-old Hollywood superstar further said that even though it is an honor for him to see his daughter choose the same path as him, he had stressed importance on the fact that it was Simone Alexandra’s independent decision to pursue the career of professional wrestling. Johnson had also gushed about the fact that his daughter is the youngest wrestler in the history of WWE.

Johnson, who has himself won the world championship about ten times, went on to explain that his daughter Simone had started intense training at the age of 16. He said that she has been working extremely hard for several years now and that she got severely injured numerous times, however, she still didn’t quit and finally made it through.

At the beginning of this year, Simone had candidly opened up about what wrestling means to her family. She said that wrestling is basically her family’s lifeline, given that the Johnson family has a rather illustrious history of professional wrestling. She also said that she feels very grateful to be able to carry on her family’s legacy.

When Simone says that wrestling is her family’s legacy, she quite literally means it. When Dwayne Johnson began his career in professional wrestling, he was the third-generation pro-wrestler in his family since his father, Wayde Douglas, was also a prominent Canadian wrestler. His father was mostly known by his stage name, Rocky Johnson. Wayde made history in the world of wrestling when he became the first black wrestler to win the Georgia Heavyweight Championship.

However, Wayde’s breakthrough moment arrived when he and his wrestling partner Tony Atlas, who had together formed The Soul Patrol, became winners of the World Tag Team Championship way back in 1983.

They won the championship by defeating the Wild Samoans. Wayde and Tony were immortalized as the first black tag-team champions in the history of WWE.

Not only this, but the family of Johnson’s mother also had a major connection to wrestling. His mother is Ata Maivia, who was adopted at an early age by the distinguished Samoan-American professional wrestler, Peter Maivia. Maivia, who passed away at the age of 45 due to cancer, was trained in countries such as New Zealand and Australia. As a result of his excellent career in wrestling, Maivia became a legend in this sphere and was also inducted into the WWE Hall of Fame.