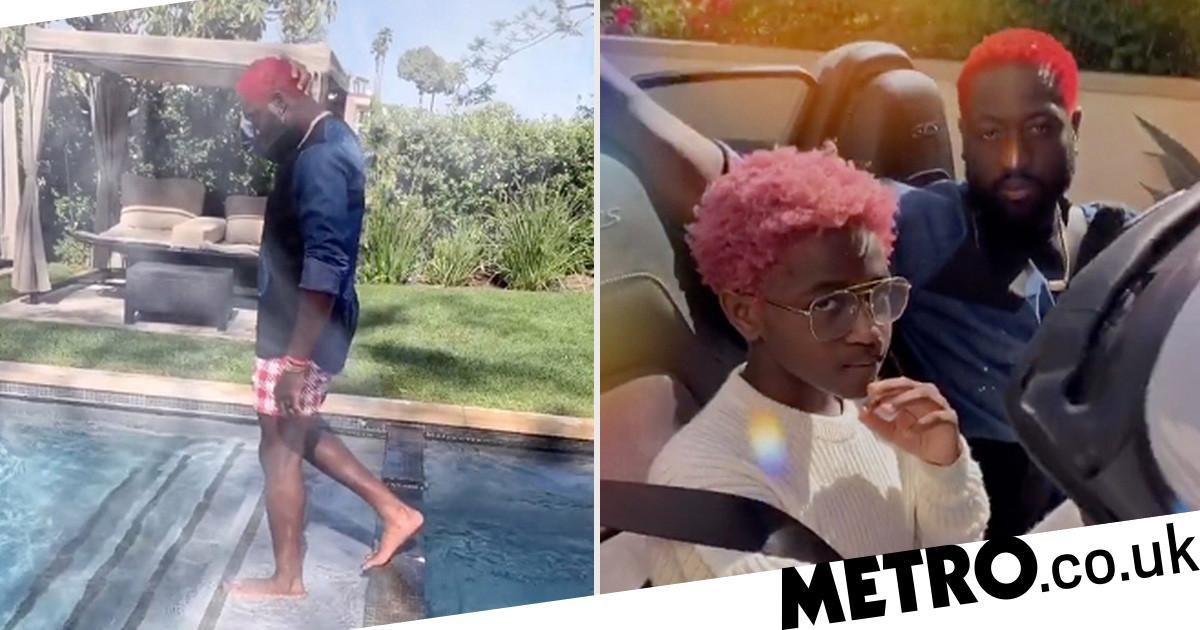 Dwyane Wade and his daughter Zaya have proved they are the ultimate father-daughter duo as they debuted their red and pink hair together.

The 38-year-old former basketball star shared a sweet TikTok of the pair showing off their striking new looks while sitting in their Porsche.

We have to admit we’re jealous of both a) their shared lockdown activities and b) the fact they have a Porsche to feature in their social media shenanigans.

The clip starts with the former NBA star attempting to walk in slow motion as he gets into the pool.

The video then cuts to 12-year-old Zaya – who came out as transgender earlier this year – and Dwyane looking suave as hell, with the sports ace reversing the white car.

Dwyane previously showed off a bleached blonde look in a TikTok video, before covering the camera with his hand and pulling it away to reveal his shocking pink hair after a smooth transition.

Now it appears he is keen on colouring his locks every possible shade he can think of.

He recently shared an Instagram post of himself looking cool as a cucumber with his new look.

Dwyane, who is married to actress Gabrielle Union and is a father-of-four, sipped on some wine on his balcony and kept the bottle for much-needed refills.

‘When they think they know you — Switch it up!’ Wade captioned an Instagram post on Saturday, adding the hashtag, ‘red hair don’t care.’

We’re hoping he goes for blue or green next.

MORE: Gogglebox creator reveals Celebrity special is on its way as series 15 ends