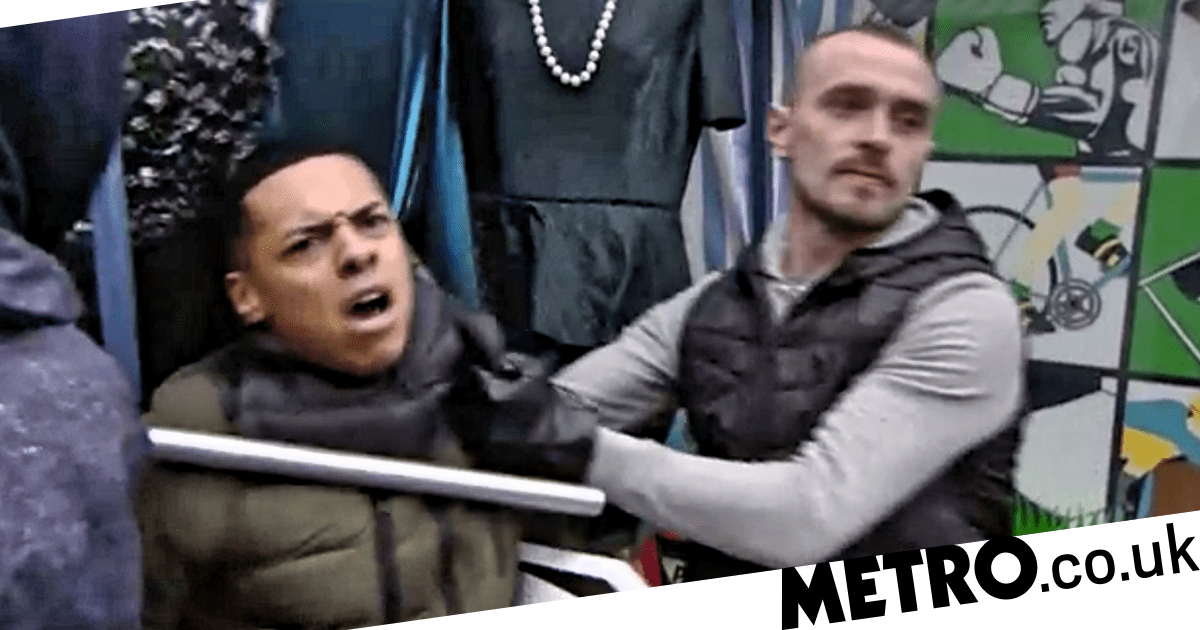 Keegan Butcher-Baker (Zack Morris) was left in shock during tonight’s episode of EastEnders, as a gang of thugs violently attacked both he and his business — and left the food van in a horrific state as a result.

The young man was hopeful after receiving a letter from the police informing him that no further action would be taken following the wrongful arrest, and therefore he looked to future, as he got his food van up and running.

However, a dodgy customer soon approached and it soon came to light that he believed Keegan to be a drug dealer.

Tiffany (Maisie Smith) jumped to his defence, but Keegan wasn’t too happy at her for doing so, and — later — the same thug showed up once more, only this time with back-up.

Some of the lads apprehended Keegan — holding him in place — while the others smashed up his van in shocking scenes, before departing with Shakil’s (Shaheen Jafargholi) trainers in tow.

The young man was left devastated, as his dreams had once again been crushed.

EastEnders continues Tuesday 26 May at 7:30pm on BBC One