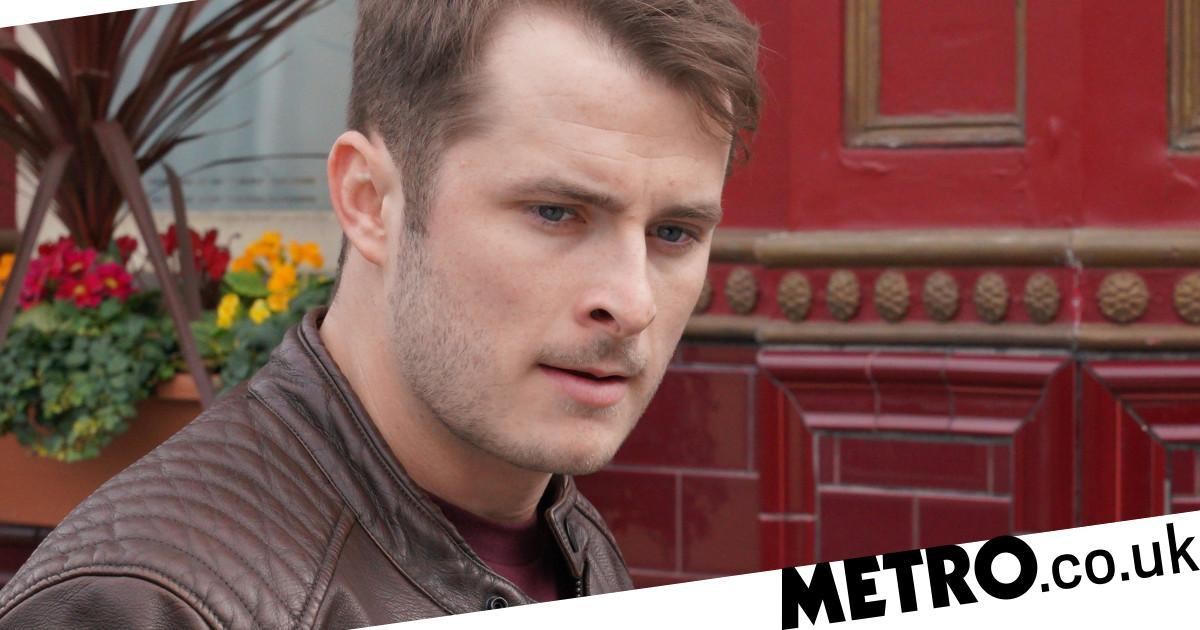 EastEnders star Max Bowden has warned that the criminal job that Ben Mitchell is going to involve himself with dad Phil (Steve McFadden) could have serious consequences when a gun becomes involved.

In an episode that is dedicated to a dramatic day in Ben’s life is he struggles to cope with his hearing loss, he spots that Phil and Danny Hardcastle (Paul Usher) are being followed.

But as he arrives at the scene of the big job, he realises he has walked into a very dangerous scene again.

Speaking to Metro.co.uk about how bad things could get, Max explained: ‘The whole point of Phil’s ambiguity towards Ben going is he doesn’t think he’s up to it. Ben shows that in the moment that a gun is involved – certainly it could lead to big consequences and a lot of danger.’

While we can’t reveal the outcome, it is fair to say it looks set to be another game changer – and Ben may regret getting involved.

Max sighed: ‘More than anything, he is trying to prove something to himself – he thinks he has become weak and it’s a big change. Proving himself to his dad is always in his psychology – but more than that, he wants to prove that he is still Ben and still capable of doing these things; or thinks he is.’

And the popular actor has loved the opportunity to get his teeth into the special episode, which is a break from the norm for soap.

He said: ‘It was a lot of honour – a huge excitement. It’s new and innovative but also focusing on a subject matter that’s not well represented in TV and film – a huge responsibility and a challenge which I am really happy to take on.

‘It was very different. We shot mainly on two cameras – we normally use four. It was a slower shoot and more focus on the cinematography and the effects of the hearing and the communication barriers work through different shots as well as the acting.’

Another element to the episode sees Ben dramatically clash with Lola (Danielle Harold) over her betrayal with Peter Beale (Dayle Hudson) – and this is what could initially be what drives Ben to the edge.

Max mused: ‘That comes as a distraction – off the back of him drawing his own conclusion. He’s not stupid. He knows what Lola has been like in the past – so it’s his way of revealing his darker side to try and feel something when he is in a stage of feeling really helpless.’