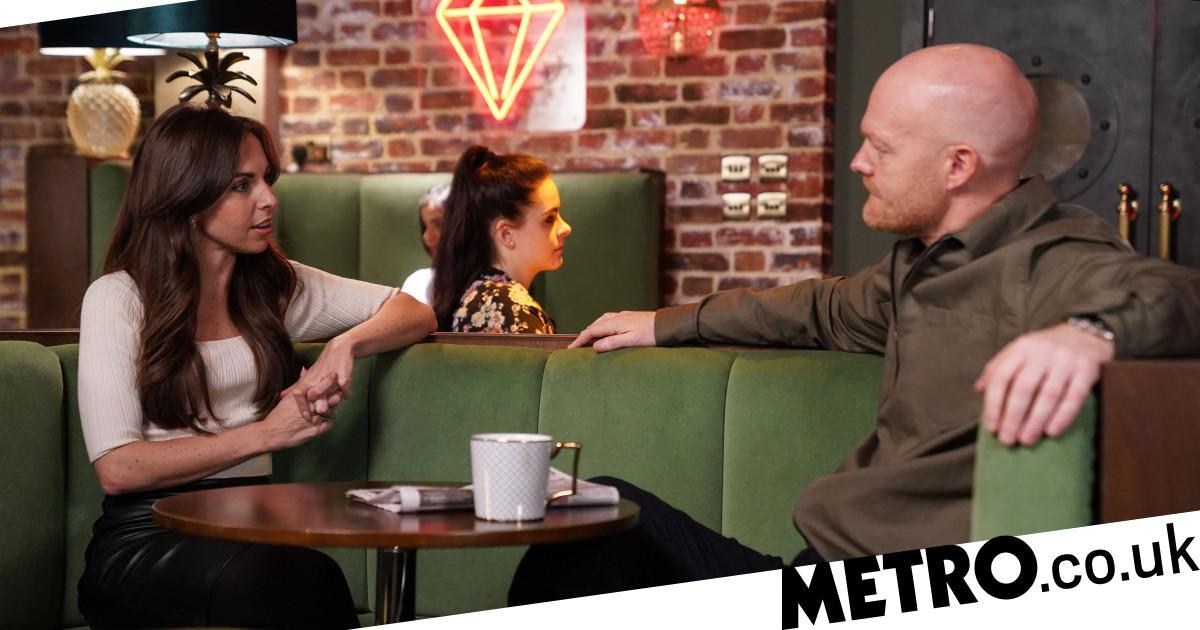 Max Branning (Jake Wood) is desperate to prove himself a worthy life-long companion in EastEnders, but Ruby Allen (Louisa Lytton) evidently has other ideas, and therefore there has been conflict aplenty between the two as of late — something which continues in the coming episodes.

Jack (Scott Maslen) mentions to Max that Ruby is purchasing No. 43 Albert Square — assuming that he already knew such information. However, it’s apparent that he hadn’t a clue, and Max covers as a result.

His frustrations grow further when he learns that Martin (James Bye) has accepted a job as security at E20.

Earlier this week, Martin tackled a thief to the ground who was trying to steal a pineapple from the stall — and Ruby was left impressed as a result.

She subsequently offered him a job — and he accepts in the coming episodes.

Later in the week, Ruby misleads Max into thinking they are spending a romantic evening together but he’s later left in charge of the club — and ends up throwing Vinny (Shiv Jalota) and Dotty (Milly Zero) out for getting up to no good.

Will he be able to prove to Ruby that he’s worthy of being given a chance?

Or will passion ensue between her and Martin?