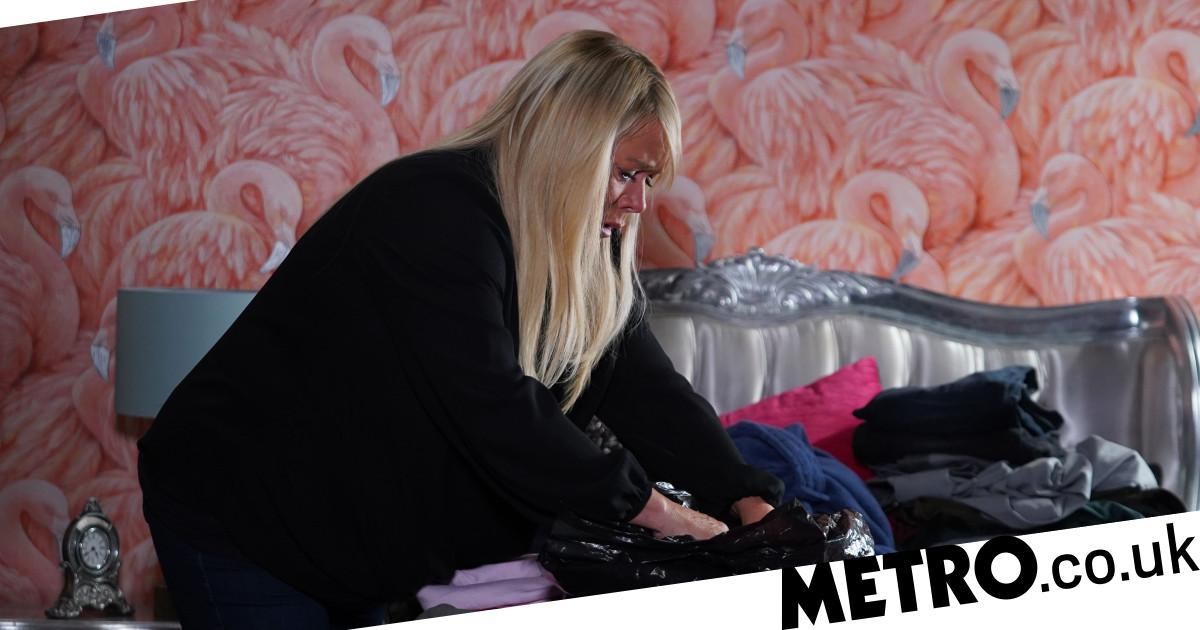 Sharon Watts (Letitia Dean) found herself unable to remain in Walford in EastEnders following the tragic demise of Dennis Rickman (Bleu Landau) and therefore she set off to go visit old pal Michelle Fowler (Susan Tully), but she makes a resounding return in the coming episodes — and it appears as if she’ll have a huge decision on her hands.

Following Sharon’s departure, Phil (Steve McFadden) set about acquiring the Queen Vic from Mick (Danny Dyer) and Linda (Kellie Bright) — the latter of whom he’s grown closer to as a result of them both having struggled with alcoholism.

In the coming episodes, Sharon returns unannounced — something which leaves Phil shocked, and the pair soon catch up. However, their catch-up is interrupted by Ben (Max Bowden), who is intent on discussing the approaching job.

Sharon struggles to adjust to being back in Albert Square, and therefore she heads off to speak to Linda — and while there, she reveals her desire to give things with Phil another go.

Linda gives her blessing to Sharon and Phil in regards to buying the Vic, and — later — the hopeful new landlords have a drink together.

However, Karen (Lorraine Stanley) and Billy (Perry Fenwick) soon turn up, and it all gets a bit much for Sharon.

She helps Linda pack upstairs, but they soon come across some of Dennis’ belongings.

Later, Sharon questions her decision to give up baby Kayden, and thus she tries to distract herself.

She drops off some leftover baby items with Karen, but when the launderette manager asks her to watch Kayden, Sharon’s uncertain.

Later, Karen returns home to find Sharon asleep with the baby, and therefore she reminds her that it’s never to late to change her mind.

However, Sharon rushes off.

Later, she looks towards her future — with just her and Phil — but is really what she wants?