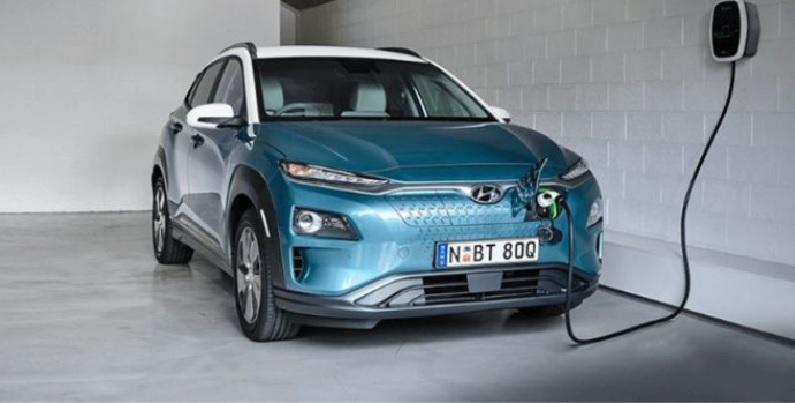 Customers aspiring to buy an electric car might be aware that Elon Musk’s Tesla car is soon to be seen on the streets of India, but before its arrival, a rival has already landed in the country. Audi on Thursday launched its e-Tron and e-Tron Sportback electric SUVs in India. This is Audi’s first electric car in India. The e-Tron has the ability to accelerate from 0-100 kmph in just 5.7 seconds. Its range is also amazing. This car can be run up to 484 km on a single charge.

Two models have been launched in the e-Tron series,

out of which the standard e-Tron electric SUV comes in two trims – the e-Tron 50 and the e-Tron 55 trim. Their price in India is Rs 99.99 lakh and Rs 1.16 crore respectively. At the same time, Sportback has been introduced in a single trim (Sportback 55), which costs Rs 1.18 crore. The Audi e-Tron is offered in 8 colors, including Florest Silver, Catalunya Red, Galaxy Blue, Glacier White, Navara Blue, Mythos Black, Siam Beige, and Typhoon Grey. The Sportback gets these eight colors as well as an additional Plasma Blue color.

These cars have the ability to give direct competition to Tesla’s vehicles. Although the Audi e-Tron electric cars were to be launched by the end of last year, the ongoing coronavirus pandemic postponed the launch. This is Audi’s first electric car in the country.

Talking about its power, the dual-motor setup has been given in e-Tron and e-Tron Sportback, which generates power of 300 kW / 408 HP and due to this, these electric SUVs can reach 0-100 kph. It catches the speed in just 5.7 seconds. The car will get a 95kWh capacity battery, which will help these cars to get a range of 359 to 484 km.

These SUVs can be charged in 8.5 hours with an 11kW AC home charger.

Coming to the features, the car comes with all-wheel drive, adaptive air suspension, and progressive steering.

Looking at these features, it is clear that it has the ability to give direct competition to Tesla’s Model 3 electric car. Let us tell you that Elon Musk’s Tesla is also preparing to launch its Model 3 in India. Even its testing has started on the roads of Pune. It is Tesla’s most economical sedan car, capable of accelerating from 0-100 kmph in just 3.1 seconds, and has a range of over 500 km. However, no information has been revealed about its launch date at the moment.

How to Make a Campfire in Minecraft?

Related Topics:SUVs can be charged in 8.5 hours