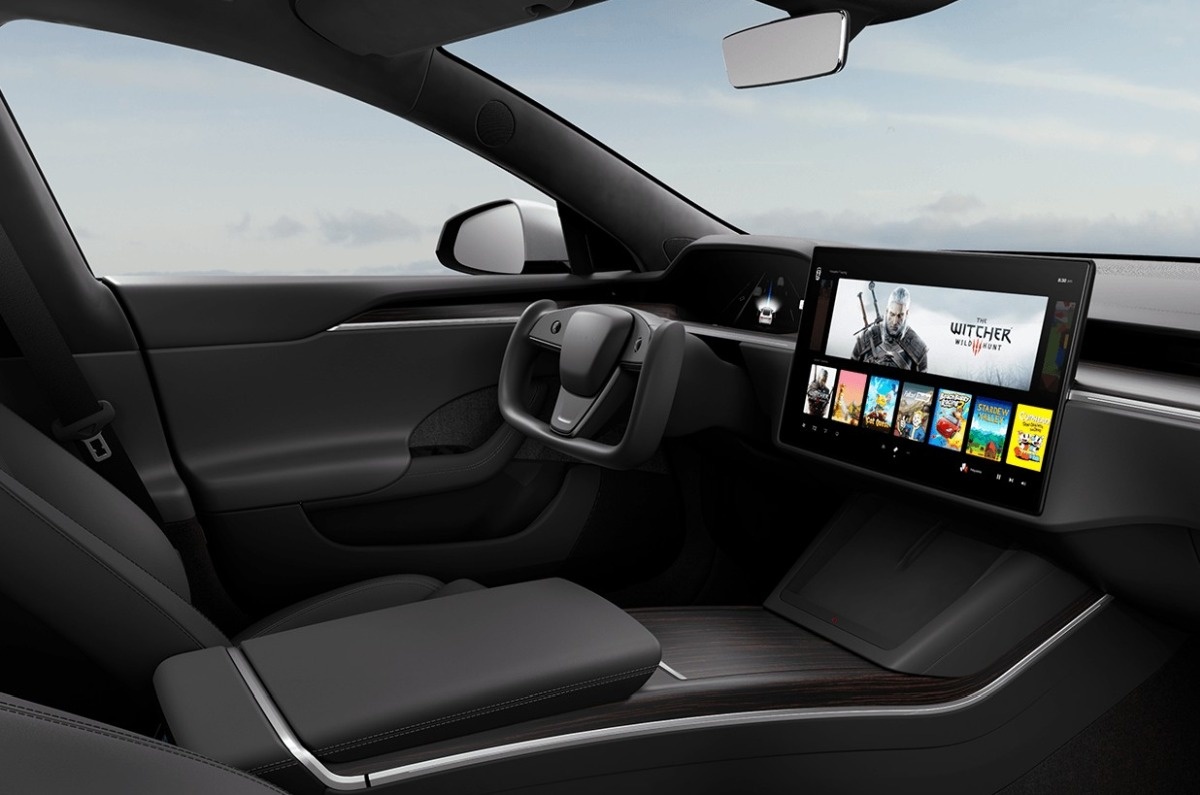 The announcement was made as part of the company’s fourth-quarter earnings declaration. If the company’s claims are accurate, the car may in fact be able to compete with the newly-released PlayStation 5 and Xbox Series X which offer 10.28 teraflops and 12 teraflops of GPU power.

The Model S’s center screen has 10 teraflops of processing power, which Game Awards host Geoff Keighley noted was comparable to the PS5 and considerably more than the 4 teraflops in the Xbox Series S (Microsoft’s higher end Series X has 12 teraflops).

.@Tesla says the new series S Arcade will have 10 teraflops of gaming performance.

Anyone know what kind of GPU it has? pic.twitter.com/frVHf2NMew

Mr Musk said that the vehicle is the “first production car ever to achieve 0 to 60 mph in less than 2 seconds” and that it has a “0 to 155 mph trap speed in a 1/4 mile and 200 mph top speed (with right tires)” – as well as claiming the car can also play games that are infamously too powerful to run properly even on the last generation of consoles.

Games can be purchased via “Tesla Arcade”, and the car apparently has “wireless controller compatibility which allows gaming from any seat”, in a screenshot posted by The Verge that now does not appear to be visible on Tesla’s shop.

While video games in Tesla cars can currently only be played while the car is stationary and in park, it’s unclear whether the feature would be available when the vehicle is loaded with self-driving technology.

Mr Musk claimed that the Full Self-Driving system used by Tesla will be capable of Level 5 autonomy by the end of 2021 – “”at least 100% safer than a human driver,” the CEO reportedly said.

That tweet appeared to send CD Projekt’s share price up sharply Thursday. The stock was up around 12.6% during afternoon trading.

The new Model S features a 17-inch display with a resolution of 2200 x 1300 pixels, which is on par with some of the best gaming laptops we have seen in recent times. Tesla says the screen is “ultra-bright, produces good colors, and you can tilt it left or right.”

In 2016, a Tesla Model S collided on a Florida highway, killing its driver who was reportedly watching a Harry Potter movie at the time.

“Autopilot is getting better all the time, but it is not perfect and still requires the driver to remain alert”, Tesla said at the time, and encouraged drivers to “maintain control and responsibility for your vehicle” while using the system, staying prepared to take over at any time.