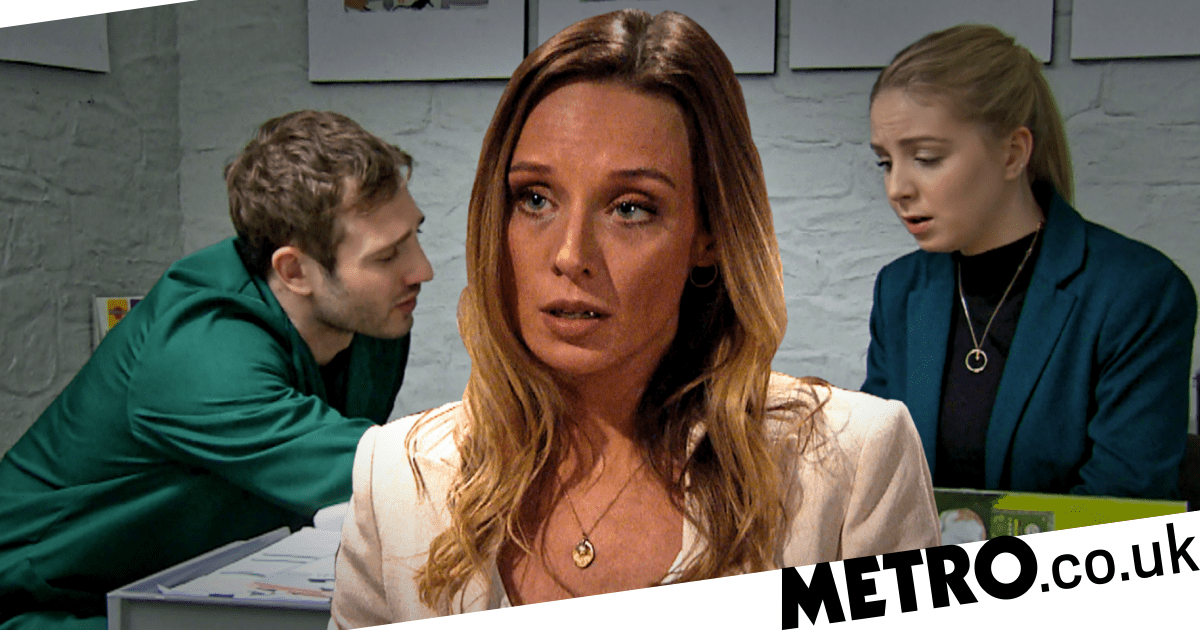 Andrea Tate (Anna Nightingale) was horrified in Emmerdale when she learned that Jamie (Alexander Lincoln) had been having an affair with Belle Dingle (Eden Taylor-Draper) and therefore she resolved to win back her husband’s affection, but with that plan having evidently failed, she’s got revenge on her mind.

Andrea managed to convince Jamie to go away with her on holiday, so that she’d have enough alone time with him to win him back — without Belle getting in the way.

However, the impromptu trip doesn’t appear to have worked, as they return home in the coming episodes, and Jamie sets about talking to Belle — who refuses to talk to him, revealing that she’s tired of his false promises.

Mind you, she’s lost for words when he reveals that he’s hired a solicitor to initiate divorce proceedings.

Afterwards, Belle decides to open up about her previous relationship with a married man, Jermaine. Jamie promises her that he’s serious about their future together.

Meanwhile, Andrea checks out Jamie’s laptop and soon realises that the affair is still on-going.

Later, Jamie informs Andrea he’s spending the night at a work conference, but she knows he’s being unfaithful.

Leyla suggests that Andrea should just dump him, but she’s not so sure that she can.

However, matters soon get worse and Andrea later vows revenge on her husband — and she recruits Leyla to help her.

But just what is it that she’s got in mind?