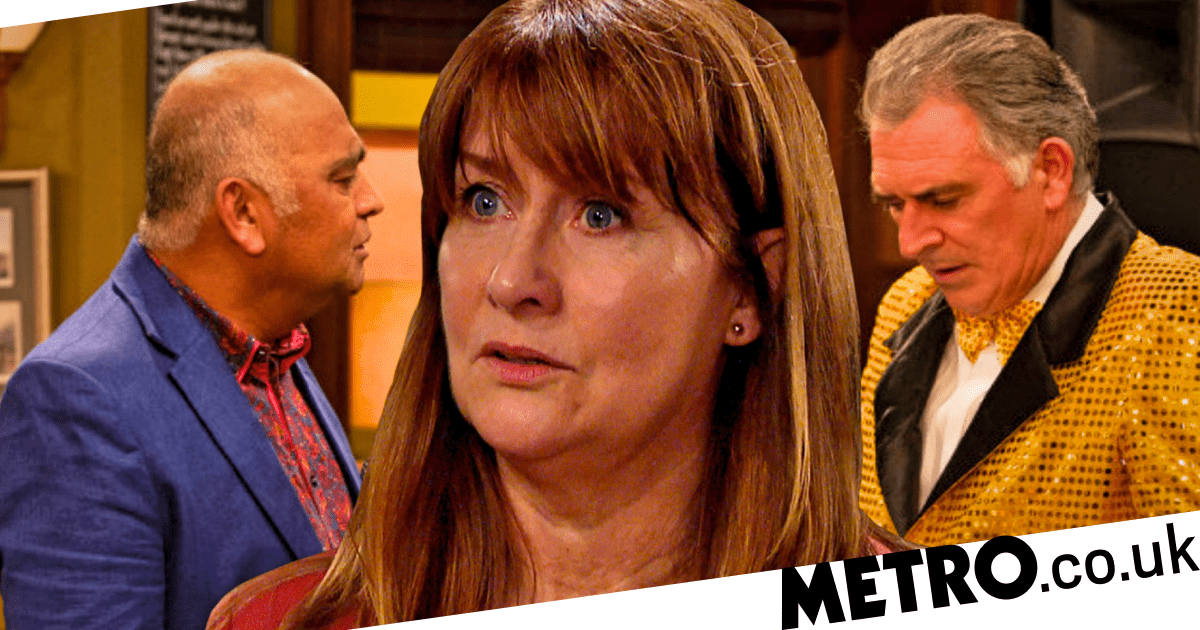 Wendy Posner (Susan Cookson) apparently has feelings for Bob Hope (Tony Audenshaw) in Emmerdale, but it seems as if a case of mistaken identity is on the horizon, as Rishi Sharma (Bhasker Patel) comes to believe that a love letter from Wendy to Bob is, in fact, meant for him!

Wendy pens a love letter for Bob, but for some reason, it ends up in Rishi’s possession, and he’s alarmed as a result, as he believed the note was intended for him.

Little does he know that it was meant for Bob, and therefore, Rishi shares the letter with the man it was intended for — who’s naturally shocked by what he reads.

Meanwhile, Wendy worries about whether or not Bob has read her letter, and Manpreet (Rebecca Sarker) encourages her to go and ask him.

It appears as if she takes the doctor’s advice, as she heads to The Woolpack to ask Bob about his feelings for her, but — thinking that Wendy has feelings fro Rishi — Bob denies the exeisnece of such feelings, which leaves Wendy devastated as a result.

As she hold back her tears, one can’t help but wonder if any potential for romance between her and Bob has been ruined?

One to watch: Wednesday 3 June at 7pm on ITV.