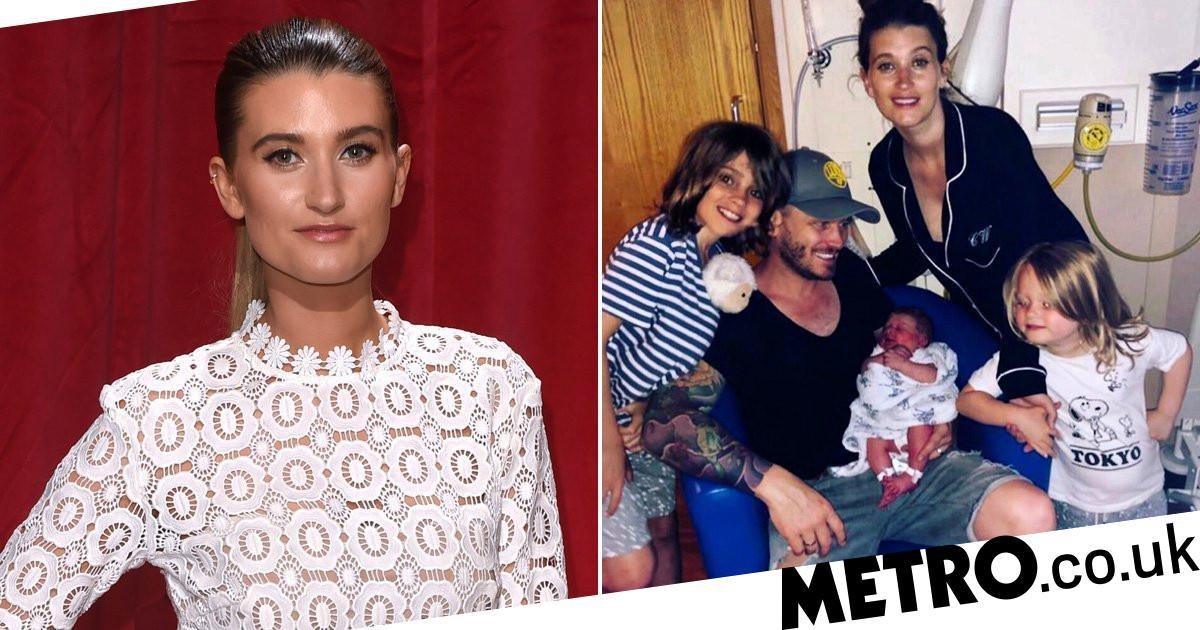 Emmerdale’s Charley Webb has got candid over her postnatal depression after giving birth to three sons, Buster, 10, Bowie, four and 10-month-old Ace Gene.

The actress, who shares her bambinos with co-star Matthew Wolfenden, has kept fans well up-to-date with her home life throughout all three of her pregnancies.

And things have been no different since she welcomed her latest addition, seeing the proud mum share a picture of her brood all together for the first time, just hours after Ace was born.

She told her Instagram followers: ‘I can’t lie, I find being pregnant really hard but at the same time, I do know how lucky I am to be able to fall pregnant pretty easily / at all.

‘I had horrendous sickness with all three of the boys which pretty much lasted my whole pregnancies. I found it so hard to be able to function, all I wanted to do was lie down and sleep. Something that gets harder when you’ve got others running around.’

The star continued: ‘I know it could have been a lot worse so I’m not complaining, I’m just being honest.

‘My births, on the other hand, have all been amazing. I suffered with postnatal depression after Buster which I didn’t realise at the time.’

Turning her attention to her eldest son, Charley explained: ‘With Bowie, I was so aware how I felt before that I really managed things much better. I made sure I got him in a routine really early on and for me, I think that helped me (I’m a bit of a control freak).

‘The jump from 2-3 I found the hardest. Luckily Ace is a really good baby but suddenly there’s more of them than there is of you.’

‘As I’ve got older (and had more babies) I’ve learnt that talking to friends and being honest with how I’m feeling has been the best thing for me,’ she stated. ‘That would be my biggest piece of advice, be honest, be truthful.

‘No feelings are wrong, no matter what they are. We all have good days and bad and that’s ok.’

Charley then urged her followers to share their own experiences as part of the My Expert Midwife campaign.

She explained: ‘For every story and experience about your journey to motherhood shared using the hashtag #myexpertmidwifeXpanda @My_Expertmidwife will donate £1 to @Pandas_UK to support women suffering and help end the stigma around maternal mental health.’

Fans were quick to comment and applauded the soapie’s bravery for opening up on her social media.

‘Thank you for being open and honest, can’t imagine how hard that must of been . Especially someone like yourself that is in the public eye,’ one wrote while another added: ‘That is such a lovely statement for mums to see as we are all human and just because they see you on tv doesn’t mean you don’t suffer.’

Someone else felt the same and told the star: ‘It’s really nice to read this I’m currently 18 weeks pregnant with my 3rd and I’m suffering so much with sickness and obviously with the situation trying to homeschool two boys.’