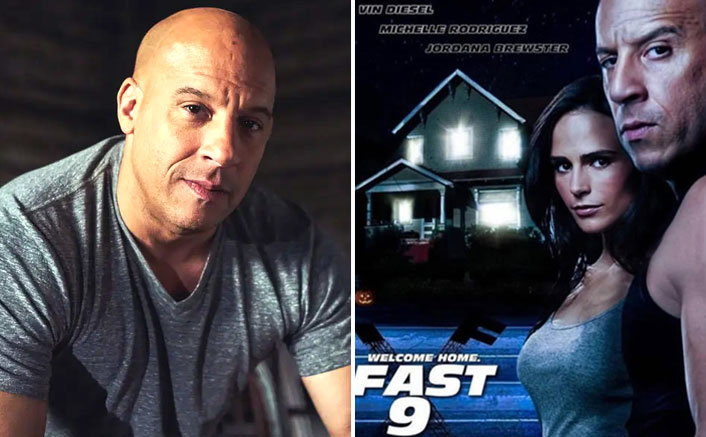 Hollywood star Vin Diesel has claimed that he’s attempting to “mitigate a battle” between Common Studios and the “prejudiced” Producers Guild of America.

The actor wasn’t lively on Instagram for a while, and he returned on Sunday to clarify the rationale behind his absence. He shared a weird poster for his upcoming “Quick & Livid” film, titled “F9“, together with a point out of a “battle” between Common Studios and the Producers Guild of America, reviews dailymail.co.uk.

“Blissful inventive Sunday everybody… sorry I haven’t posted a lot recently, I’ve been attempting to mitigate a battle between Common studios and the p.g.a. Prejudice guild of America,” Diesel posted.

He additionally shared a photoshopped poster of “F9”. The edited poster has a glance of a Halloween film with a jack-o-lantern and a darkish home within the background.

In response to dailymail.co.uk, the poster was truly designed by an Instagram consumer dubbed as Mommy Torretto, a photograph editor whose Instagram is crammed with “Quick & Livid” poster parodies.

The rationale behind Diesel utilizing the poster in his submit is unclear. Whereas Diesel did crop out the underside that includes the outdated launch date and Common Photos emblem, the Made by Mommy Torretto watermark continues to be seen on the poster.

The ninth installment is extra of a private affair for Diesel’s Dominic Toretto as he has to face off along with his brother, Jakob, performed by John Cena. “F9: The Quick Saga” sees the return of Justin Lin as director, who helmed the third, fourth, fifth and sixth chapters of the collection. It additionally stars Tyrese Gibson, Chris “Ludacris” Bridges, Jordana Brewster, Nathalie Emmanuel, Helen Mirren and Charlize Theron.

The discharge of the ninth instalment of the “Quick and Livid” franchise has been rescheduled within the wake of the COVID-19 pandemic.