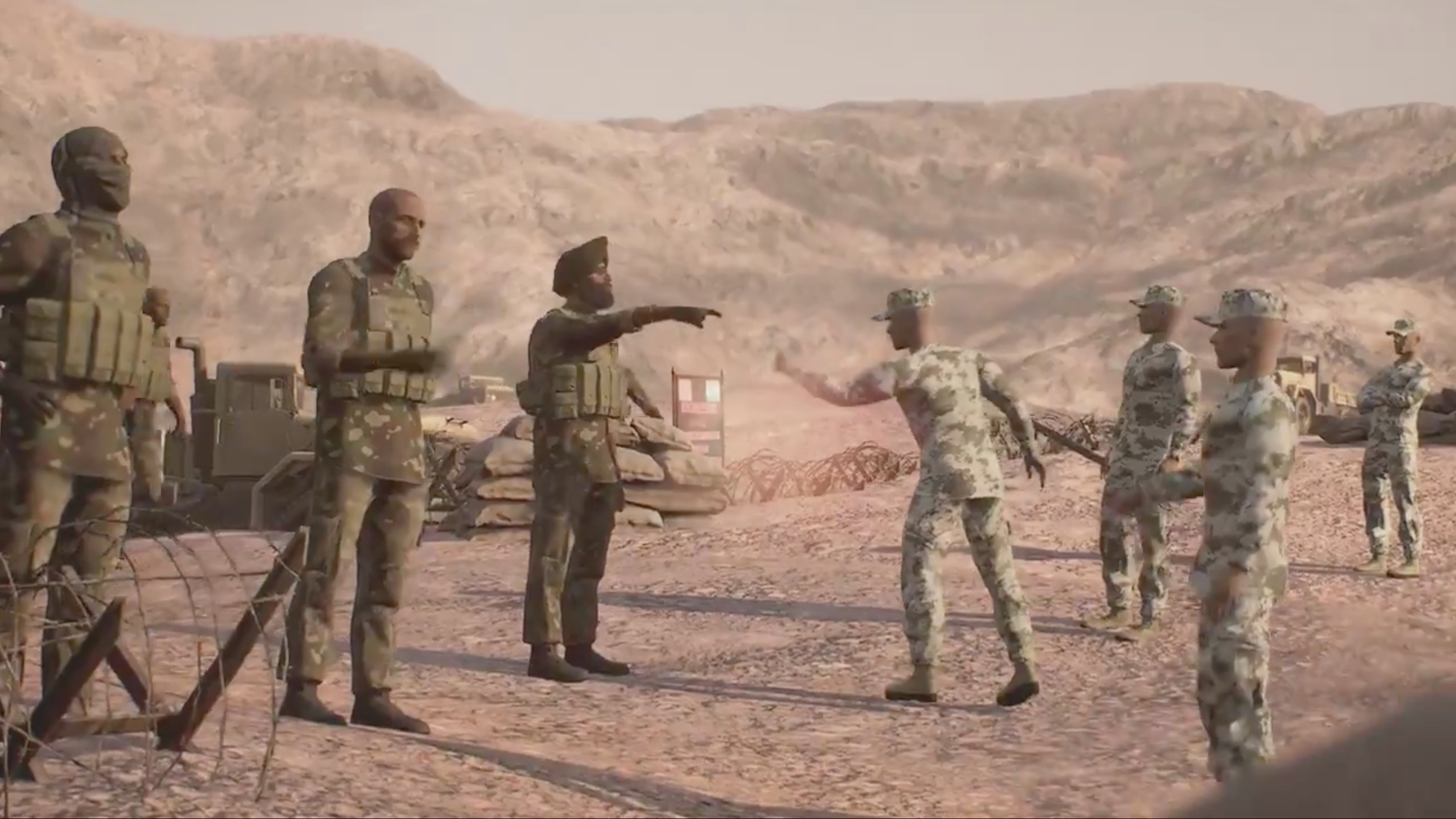 After the ban on PUBG, many gamers were left disheartened. Amid the tensions, nCore company announced the launch of their new game named, FAU:G. The game was said to be based on the principles and life of an Indian Army man.

Fearless and United Guards is an upcoming online multiplayer action game being developed by Bengaluru headquartered nCore Games. The game has recorded the highest number of pre-registrations in less than 24 hours on the Play Store in India.

The makers of the game took to twitter to announce the launch of the much awaited game of the year. According to their tweet, FAU:G launch is expected on 26th January 2020.

Because the game is dedicated to the Indian Army Men, no better date could have been than 26th January which is also celebrated as The Republic Day in India. 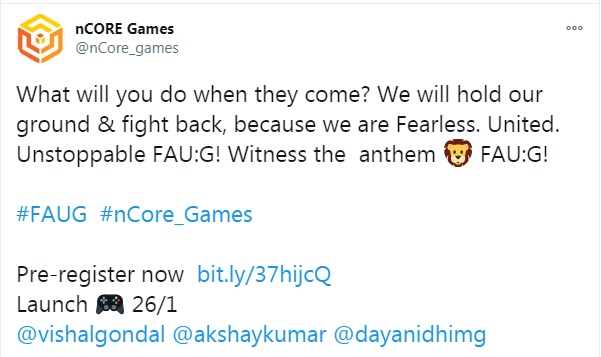 The roar of the game can be felt with that smiley used in the tweet.

The game has already crossed all benchmarks set in the pre-registration process. It seems like people are eagerly waiting for FAU:G launch to happen as soon as possible.

The anthem itself is so energetic that you wouldn’t want to miss for even a second. Full of patriotism, bravery and courage; the anthem will virtually take you to the land of Army Men.

No one can resist the FAU:G anthem if they watch for a few seconds.

Akshay Kumar took to Instagram to announce the launch of FAU:G. He shared a video of a minute and thirty eight seconds and wrote, “FAU-G Anthem. Whether it’s a problem within the country or at the border…these Bharat Ke Veer always stand tall. They are our Fearless And United Guards, our FAU-G! Witness the anthem. Pre-register now. Launch: 26/1@vishygo @ncore_games_official #BharatKeVeer #FAUG (sic).”

We have shared the link of the anthem for our readers. Just click below and it will take you to the world full of honor, pride, dignity, patriotism and bravehearts.

Akshay Kumar had shared the teaser of the game on Instagram on the occasion of Dussehra last year. In the caption, he wrote, “Today we celebrate the victory of good over evil, and what better day to celebrate our Fearless and United Guards, our FAU-G! On the auspicious occasion of Dussehra, presenting the #FAUG teaser.”

With the announcement of FAU:G launch, the internet is seen to be flooded with memes on the game and its competitors.

We have managed to compile a few and share them across. 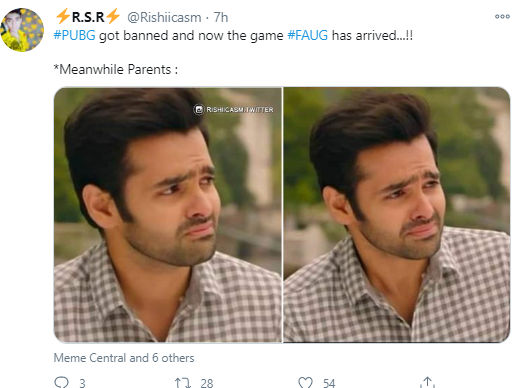 The Indian parents are sure in some deep trouble. 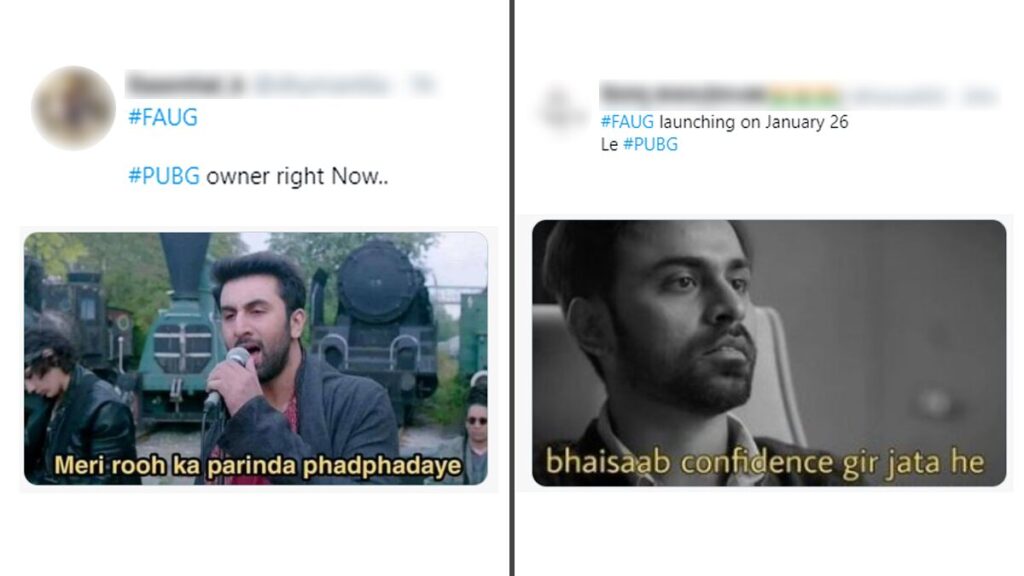 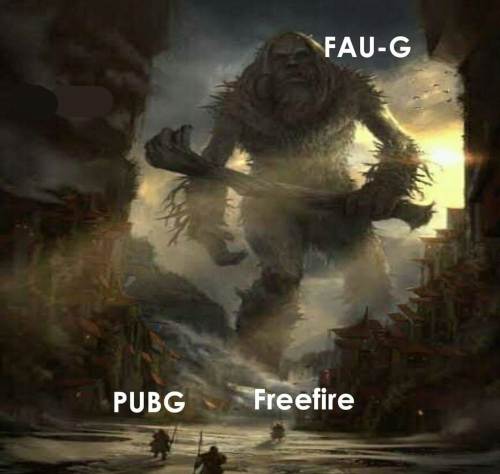 Looks like FAU:G has almost vanished PUBG and Freefire from the country. 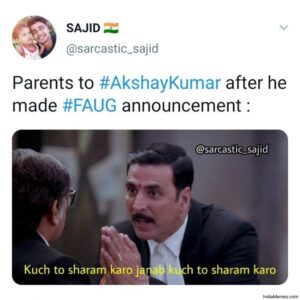 For some reason, I can’t really get off this meme. Indian parents pleading for their kids to leave the phones. That seems to be the dream now!

The biggest competitors of FAU:G are PUBG and Free Fire, without a doubt.

The two seem to have already accepted their defeat in the Indian market.

Tough competition I must say.

The news of the announcement of FAU:G launch has literally shaken the gaming market in India. The launch of the game is grand and associating it with Republic Day has attached many emotional strings.

Without a doubt, every Indian will, even if once, play the game.

The graphics are amazing. The concept is brilliant. The gameplay is par excellence.

nCore games have been working hard on the game undoubtedly. This can be seen in the trailer and the anthem.

The anthem is something that will give every listener goosebumps.

We are all waiting for the grand launch of the game this Republic Day.

Tell us how excited are you!

Drop in your messages and thoughts in the comment section below.