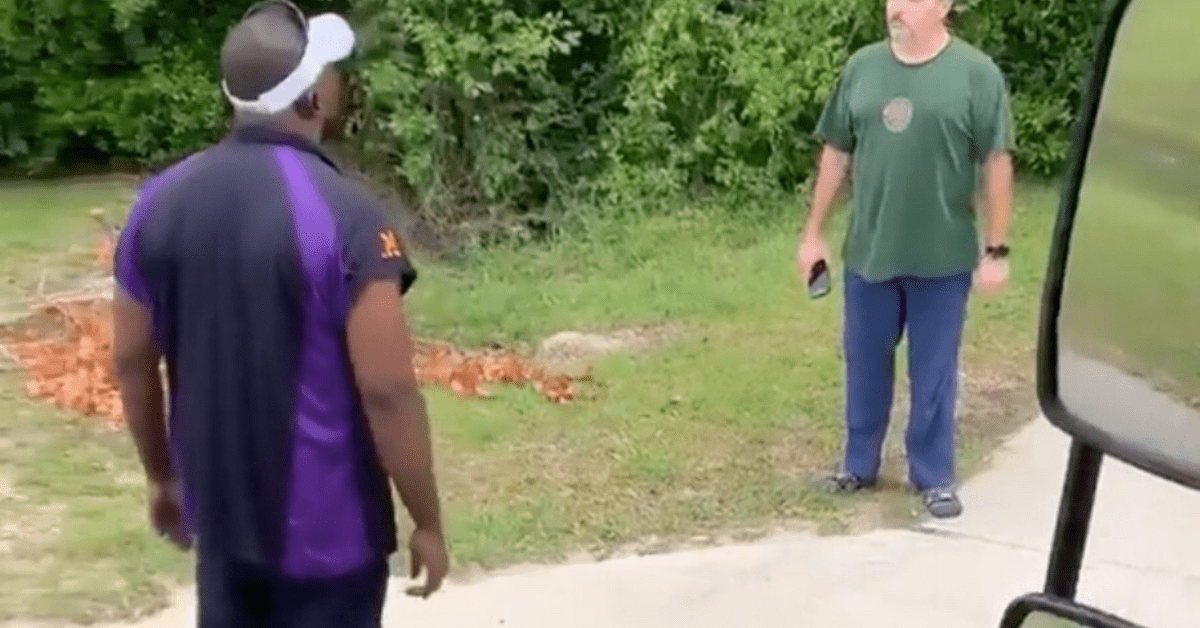 The clip was recorded by a man named Antonio and goes by the Twitter username, @Toniob38. In the tweet, it sounds like the clip was previously uploaded, taken down, then uploaded, but it’s not clear. He wrote, “Update FedEx called and told me to take down this video and fired both of us Today.”

The tweet continued, “I’m reposting this video because people like him doesn’t matter white or any race should never disrespect essential workers putting their lives in jeopardy especially with this covid-19.”

In the clip, a FedEx worker, who reportedly is named Felinzay, is talking to a man who is standing in front of his FedEx truck. “You didn’t have to come out there cussing me like that, like I’m some child,” he says in the video. “I ain’t no little boy. I’ll wait till the police come.”

The white man is also recording, but that video, to our knowledge, hasn’t been made public.