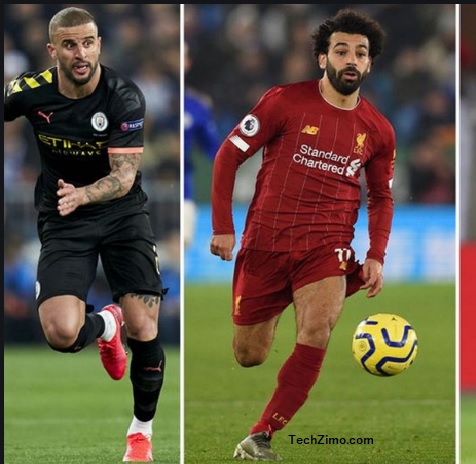 There are plenty of young strikers in FIFA 21‘s Career Mode – but not all of them have the potential to be world-class. Young strikers would help you to become a huge star in the career mode. If you’re on the lookout for FIFA 21 best young strikers then you have come to the right place.

At the beginning of the career, becoming a striker is possibly the dream of most young football players. Being a good striker will make you a rockstar in the football world.

Attacking talent in FIFA 21 is also more expensive than other areas of the field and adding wonderkid forwards may cause you to break the bank.

The best young forwards are very expensive at the start of the game with Joao Felix and Vincius Jr both capable of reaching Lionel Messi’s overall rating of 93, and both cost at least £24 million.

The current rating of Erling Haaland’s is 84 which costs over £40m. we can also get cheaper options but cheaper options such as Jeremie Doku of Anderlecht or Red Bull Salzburg’s Karim Adeyemi valued at less than £5m.

Here are all the best young strikers and wingers in FIFA 21 Career Mode, ordered by their potential rating in the game.

Myron Boadu is a 19-year-old wonderkid. He has blessed with 88 paces and 87 agility. He has lots of potential for the future.

Boadu isn’t cheap. He’s not enormously expensive, but signing him from PSV would set you back by around £11m coins. It is a fair price to pay for a player of his quality and potential. 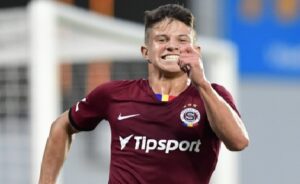 Adam Hlozek is hoping to be the next big player to come out of the Czech Republic. He recently turned 18 years old. Now, the clubs that want to sign he has attracted many clubs over the past few seasons due to his performances.

After setting the Belgian first division on fire with a 30-goal haul across two seasons, 20-year-old Jonathan David recently earned himself a move to Ligue 1 side Lille to serve as a replacement for the outgoing Victor Osimhen.

Luckily for you, club loyalty is merely a suggestion in career mode, so you could sign David from Lille for the right price.

As things stand, David is well on his way to becoming one of the best strikers in the world, so if you’re on the lookout for a striker that can torment your opponents with pace and technique, then look no further than the Canadian. 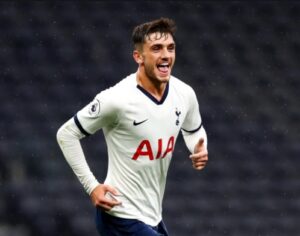 Irish Troy Parrott is one of the brightest young talents in the Championship.  He is 18 years old.  He’ll set your team back by around £2m, which is a paltry fee considering the massive impact he could have on your club in the future.

There are only a few strikers in FIFA 21 who have a solid combination of technique and power – Girona FC’s Nahuel Bustos is one of them. He will not able to make an immediate impact on your team in the beginning but he is capable of developing powerful strikers after a few years.

Karim Adeyemi plied his trade for Bayern Munich as a youngster before jumping ship to Red Bull Salzburg in a bid to accelerate his development.

He boasts 88 paces and 87 agility. As the years go by, those stats, along with his shooting, could reach as high as 90. A move for Adeyemi would cost your team around £2m – a fair price to pay for a player with his potential.

Value:  £8.5 million
Potential: 74
A real trouble-maker for defenders, he’s currently 74 rated and can climb up to as high as 83. With Flair and Technical Dribbling, Leao is sure to be a fan favorite if you splash the cash for him.

Esposito made his professional debut for Inter Milan at the age of 16, and since then, he’s been viewed as one of the hottest young talents in Italy.

Now 18, the 6ft 2in striker still plays for Inter Milan but is on a season-long loan at SPAL. Once the season is over, you’d do well to make a move for him. 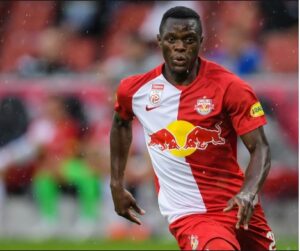 Value: £15.5 million
Potential: 76
He can run all game. Already an impressive name on the team sheet at a 76 rating, Daka can climb to 85 with some work. RedBull Salzburg has a real gem on their hands here, and for under £20 million, he could be yours.

Real Madrid’s Reinier is one of the brightest young talents to come out of Brazil in recent years.  He’s pacey and nimble with the ball at his feet. It’s worth noting that Reiner is currently on a two-year loan at Borussia Dortmund, so the earliest chance you’ll have to acquire his services will be in 2022.

This is all about top 10 forwards and wingers in the career mode. I hope, you will find it informative. Share it with your family and friends.