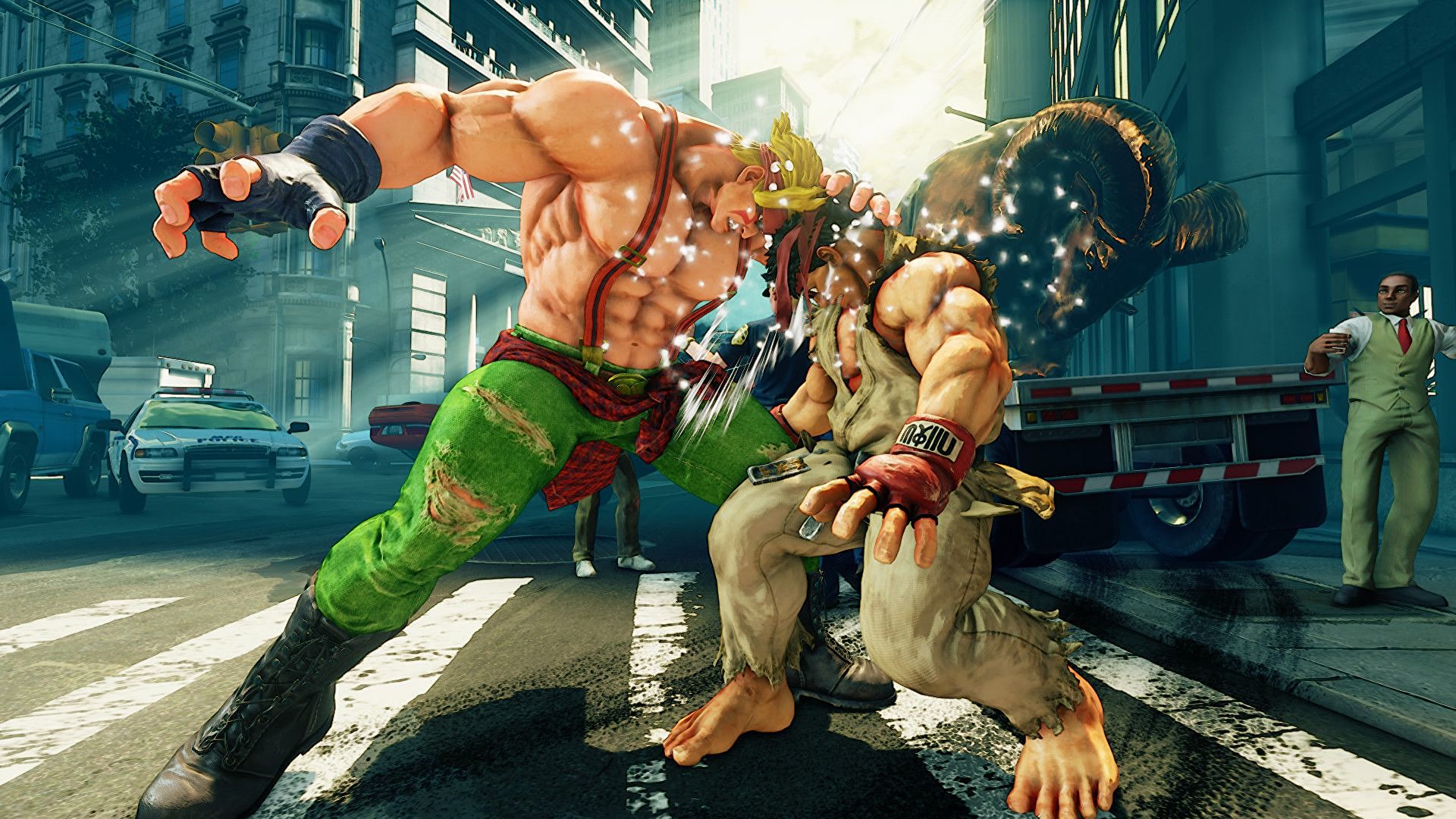 Where did it all begin?

Hand-to-hand combat first came to arcade video gamers in the form of Sega’s Heavyweight Champ way back in 1976, and let’s not beat around the bush; it was pretty primitive. Two chunky pugilists wearing striped underpants were controlled by the player, who placed their hands inside plastic boxing gloves while making forward thrusting movements to resemble punches. While not a huge success, other games by popular designers and developers didn’t fare much better, and those that dabbled with emerging technologies such as analogue handles and vector-based graphics, failed abysmally when the equipment either kept breaking, or the tech proved too temperamental.

When 1984 came along, however, gamers were gifted a Japanese arcade stonker called Karate Champ, which saw karate fighters pitting their martial wits against one another in a traditional tournament. With twin joystick controls, players could perform a number of kicks and punches, and the game introduced several familiar conventions such as three-round fights and a timer function. Perhaps rather oddly back then, and certainly controversially today, one of the bonus rounds gave the combatants the opportunity to punch a bull square in the face.

In a more successful game to hit the arcades a year later, players were matched against a series of computer-controlled enemies ranging in diversity, and Konami’s Yie Ar Kung-Fu introduced competitors with different skills. Having their own deadly weapons, such as throwing stars, nunchucks and chains, it was one of the most popular games of the mid-80s.

When fighting moved to the living room

With home computers becoming increasingly affordable in the early 80s, several fighting games were released to celebrate this new found fighting freedom, and some of the big hits of the decade were Karateka for the Apple II, Way of the Exploding Fist by Aussie studio, Beam Software and created for Commodore 64 and ZX Spectrum, International Karate and International Karate + by famed British coder Archer Maclean, and in 1987, the notorious Barbarian: The Ultimate Warrior came from Palace Software in London, and featured semi-naked combatants thrusting huge swords at one another. With the ability to sever your opponent’s head, and featuring warriors in loincloths and bikinis, this 80s game was a huge hit, for obvious reasons.

Street Fighter II – the most important fighting game ever made

Shift up a gear to 1991, and Capcom’s Street Fighter II bursts onto the scene. With uniquely styled fighters and special moves that are accessed through patterns of button presses and rotations of the joystick, when it was converted for the Super Nintendo Entertainment System around a year later, the game went on to sell a none-too shabby 6 million copies.

After this new fighting experience came Midway’s Mortal Combat, a gruesome and incredibly violent game that used digitised graphics taken from real footage of actors. Similar to Street Fighter, there were a multitude of strange characters and special attacks, and in a genius addition, players could kill their opponents by punching their head right off their shoulders, ripping their spine out or setting them alight. While this may sound amusing, it certainly didn’t amuse moral campaigners, who campaigned against the violence in such video games. In the console world of gaming, the graphic violence in Mortal Kombat was heavily edited by Nintendo for the Super Nintendo, while for the Mega Drive, Sega kept it in. Can you guess which went on to enjoy the highest sales?!

The arrival of 3D graphics technology

At the forefront of the new 3D graphics technology was Virtua Fighter, conceived by Sega’s design director Yu Suzuki, released in arcades in 1993, and then on the Saturn console. With around 700 different moves that were based on real disciplines, the game featured swooping cameras, detailed environments and polygonal fighters. While this was going on, the arcade archnemesis of Sega, Namco, was busy developing its own 3D fighter, Tekken. Seeing the game as being perfect for its new PlayStation console, it arrived there in 1995, and had an ingenious control system along with incredible visuals and super cool characters. The Tekken series went on to sell more than 45 million units.

This era also saw many Street Fighter spin-offs such as Darkstalkers and the Marvel vs Capcom series, and Japanese studios produced the King of Fighters and Guilty Gear.

While this is undoubtedly one of the oldest video game genres, it’s still hugely popular today, and players compete all around the world in global tournaments and annual professional events featuring brands available by gamerbolt.com such as Street Fighter, Tekken and Soulcalibur.

While controversial and grisly acts of violence and scantily clad warriors might be a thing of the past, the fighting game is very much here to stay, and quite what that tells you about modern society, is anyone’s guess!