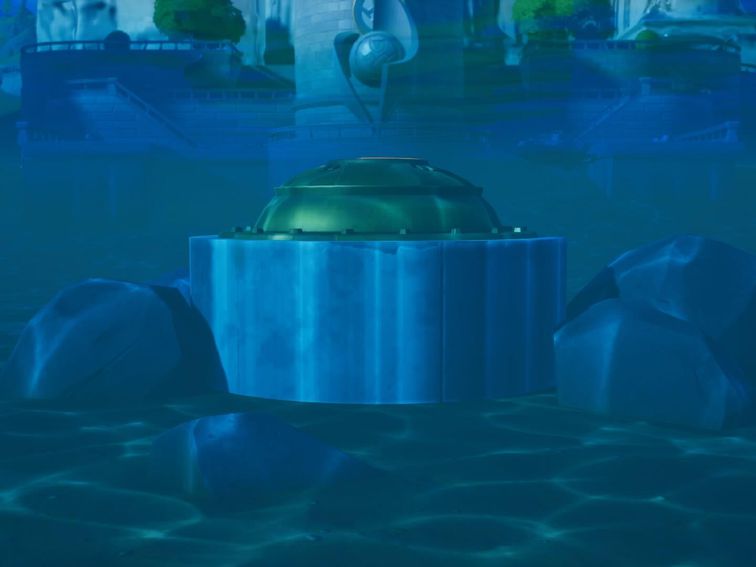 Chapter 2 season 2, which started Feb. 20, is coming to an end to make way for season 3 starting on June 4. As in previous seasons, players can purchase a Battle Pass to unlock skins, emotes and other cosmetics for 950 V-Bucks, or approximately $9.50. Unlocking the content requires players to earn experience points, and tackling the weekly challenges gives the largest number of points. The most notable unlockables are the fully customizable Maya, the powerful Meowscles and the gold-armed Midas for those who reach tier 100. Players will have until the end of the season to unlock everything.

Season 2 also saw the inclusion of the fourth-wall-breaking Marvel hero Deadpool. His outfit is unlockable by completing the special Deadpool weekly challenges.

Swim over five hatches at The Agency

In the waterway surrounding the agency, there are five hatches just below the surface of the water. For this challenge, simply swim over all five of them. Check the image below to see how the hatches look like from above.

Here are the rest of the week’s challenges:

As mentioned earlier, Deadpool is the big surprise in season 2. There’s a set of weekly challenges that, once completed, should unlock the Deadpool outfit. The first task is to actually find the challenge.

From the game lobby, click on the vent off to the right.

Players can read his meta letter to Epic saying how he could design a better Battle Bus.

All that’s left is to click on the computer and see the challenges. This’ll complete the first challenge for the week. The second has players jumping off the Battle Bus without thanking the bus driver. This is easy to do. Just don’t press the designated button to thank the bus driver at the start of the match. Those two challenges will complete the week 1 challenges.

Week 2 challenges are up. The first requires players to find Deadpool’s milk carton.

The milk carton is in Deadpool’s secret room. Just keep an eye out for it.

The second challenge for the week has players look for the Marvel hero’s favorite food, chimichangas. These fried snacks can be found across the various lobby screens.

For week 3, Deadpool is in need of a toilet plunger.

All that’s needed is to head over to TNTina’s room by clicking on the Agents’ option from the main lobby. Look for it on the wall.

The second challenge for the week is destroying a toilet. This is easy enough to do. Simply go into a bathroom in any building on the map and destroy the porcelain throne.

Week 4 has two new challenges for Deadpool. The first is looking for his katanas, which are easy to find. Just head back to his “office” and they’ll be sticking out of the wall.

The next challenge is also quick and easy. All that’s needed is to damage an opponent’s structure, which should be done anyway during a match.

The first task is to find Deadpool’s stuffed unicorn. Visit Meowscles to find the toy.

The second challenge is to visit red, yellow, green, blue and purple bridges. You can find these all across the island.

Week 6 has players first searching for Deadpool’s big black marker. This can be found in Brutus’ room on the desk.

The next challenge is to deface three Ghost or Shadow posters. For this, players will need to equip any Spray and find a poster. They’re scattered all over the island and not hard to find. The reward for completing this week’s challenges is the Deadpool Wrap.

The first challenge for the week has players looking for Deadpool’s pistols. One can be found in the main hub while the other is located in Meowscles’ room. Look for these first before heading out for a match.

The second task is to enter a phone booth or port-a-potty. There are quite a few of them around, but one that’s easy to get to is the phone booth at the yacht. Once it’s done, that’s it, you have the Deadpool skin.

For the week 8 challenges, players can get their hands on the unnamed Deadpool skin.

The first of the two challenges for the week has players on the search for Deadpool’s pool floaty. You find it by checking out Skye’s room from the lobby.

For the second challenge, head to the yacht and do a quick dance to complete the challenge and get the unmasked Deadpool skin.

Week 9 has two more challenges for players to get their hands on a new style for the Deadpool skin. This time around, it’s the X-Force variant, which replaces the standard red and black colors to a new white and black look the character wore during his time as a member of the mutant superhero team.

The first challenge for the week is to find Deadpool’s shorts.

Head to Midas’ room from the game’s lobby to find the shorts just laying around.

The second challenge is to salute Deadpool’s pants. You can find these hanging from a pole on a rooftop in Sweaty Sands. Drop in and salute them to unlock the X-Force style.

Fortnite is available for PC, PS4, Android, iOS, Xbox One and Nintendo Switch.