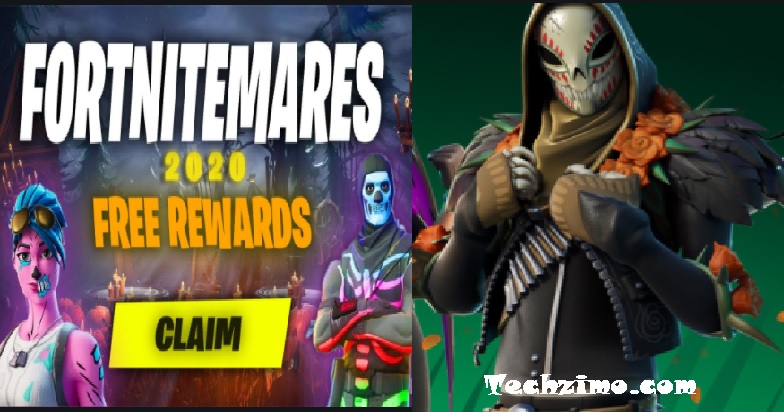 Fortnite Fortnitemares 2020: Whenever we talk about the Fortnite Halloween theme event, our eyes sparkle, Right? Well, it is not new to the gaming world, It been 2 years when this event was launched for the first time. Since its release, it’s been leading the charts and becomes the topmost choice among gamers.

This themed event is popularly known as Fortnitemares. This ensures that every year, gamers get an exclusive chance to earn a variety of cosmetics, skins, and whatnot. For this, players have to accept the challenges and complete them and in return, they get huge rewards in Season XP including loading screens as well.

Fortnitemares is a Halloween themed event in Fortnite where players can enjoy the craziest holiday on Fortnite. Skeletons, goblins, ghouls, and ghosts will be ready to haunt you.

GTA Vice City Cheater APK: Everything You Need to Know

WHEN WILL FORTNITE FORTNITEMARES 2020 START?

Well, there is still no official notification that came out regarding the dates of Fortnitemares 2020. But if sources have to be believed that this event will start soon and there is no denying in saying that it may hit digital screens in the last week of October and will come as a surprise gift for players in the festive season.

But this is not an official date. We have to wait for more for an official press release. But don’t worry as soon as we will get to know anything about it, we will update it.

Midas Will Be Back With Fortnitemares Event 2020?

Now you must be thinking that who is Midas and what is its role in this event, Right? Don’t you ask it from yourself right now? Then don’t overthink. Let me tell you that Midas is one of the main characters of the Fortnite narrative. But some people have almost forgotten about this character because It has been miraculously disappeared from the beginning of Fortnite Chapter 2 Season 3. People are missing it majorly. Recently a trailer leak came which suggests that Midas must be eaten by a shark but it may reappear soon any time.

How to Make Money Playing Fortnite ($100+ per month)

Well, Epic is not very particular about giving a great number of challenges. It usually gives not more than 5-6 challenges that come with one major cosmetic reward, sprays, and some exclusive XPs.

These challenges are usually unique and creative enough to engage players with it. The best part is that creativity is at its peak in the game. Not only fun it gives, but it also gives fair chances to players to earn XP with some bling styles.

This is expected that Epic may make more effort to make BR challenges more interesting compared to last year.

Epic has included an umbrella reward for those gamers who have accepted the challenge and also defeated the Storm king. There were mere;y six challenges for Battle Royale last year, but there were a number of additional challenges for players to complete for creative purposes that provided players with XP and different styles of skateboard back-bling.

Much about Fortnite Halloween skins have been known from its leaks since the news of the arrival of this event first appeared. Now We would definitely get a chance to have a glance at more new exclusive  Halloween Fortnite skins added as well as the release of the Fortnite Goth Legends Pack.

How To Get Fortnite’s New Free PS Plus Exclusive Skin

Its data miners leaks have to be believed then it is quite sure that some new consumables will also be added this year. At least something good is happening in the tragic year of 2020, Isn’t it?

Some names that have been disclosed are –

If this actually happens, Then We could see that in the coming times, it will be available in LTMs. But right now, we can’t say anything with rigidity. As nothing has been disclosed by developers right now.

However, there’s also a chance it’ll be added in all the game modes but could function in a similar way to Silver Surfer’s Surfboard mythic ability.

This is all about “Fortnite Fortnitemares 2020: Midas Return, Halloween Event Leaks, and its Start Date”. I hope you have now all your answers. If anything is skipped by us, do let us know in the comment section. We would love to hear that.

Share it maximum with your play-mates as well as Sharing is caring, Isn’t it?

Related Topics:Fortnite Fortnitemares 2020FORTNITE HALLOWEEN SKINS & COSMETICSMidas Will Be Back With Fortnitemares Event 2020?WHEN WILL FORTNITE FORTNITEMARES 2020 START?