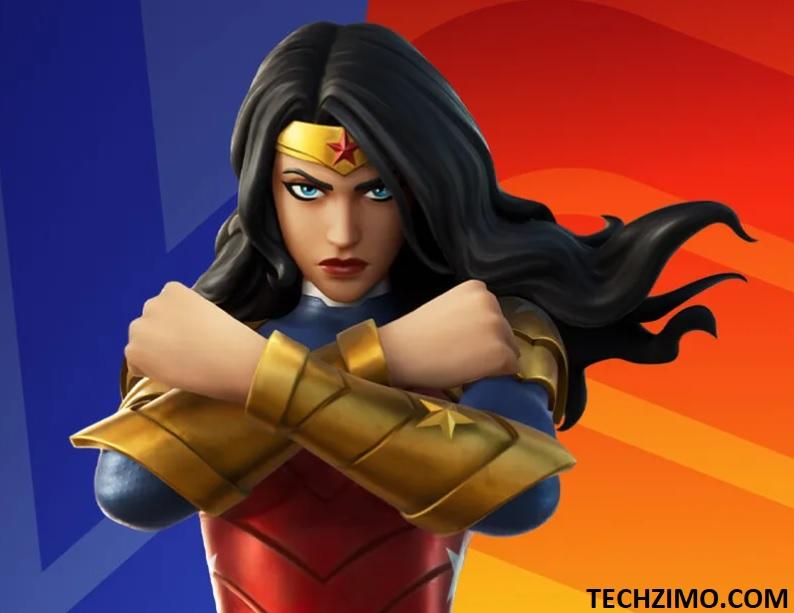 Wonder Woman will become the next Justice League member to join Fortnite. She will join Superman and other DC heroes like Beast Boy in the battle royale game in an upcoming update. A Wonder Woman skin will be available within the FortniteItem Shop on Aug. 19. If you don’t want to spend your hard-earn V-Bucks on the skin, you can instead attempt to win it via a special tournament being held in-game today( Aug. 18).

How to get Wonder Woman skin in Fortnite?

Epic is holding a short tournament to allow top players to earn the Wonder Woman Fortnite skin early. Duo teams will be able to play a maximum of 10 matches (within three hours) to earn as many points as possible. The top teams in every region will receive the Wonder Woman skin along with the “Diana’s Mantle” cape as a back bling item. Any team that scores at least eight points will get the “Honorary Amazons” loading screen art, which features a bunch of Fortnite characters charging alongside Wonder Woman.

Wonder Woman’s character is created during World War II; the character in the story was initially depicted fighting Axis forces as well as an assortment of colorful supervillains, although over time her stories came to place greater emphasis on characters, deities, and monsters from Greek mythology. Many stories depicted Wonder Woman freeing herself from bondage, which counterpointed the “damsels in distress” trope that was common in comics during the 1940s.

Players must have two-factor authentication (2fA) enabled and be at level 30 or above to compete in the Wonder Woman Cup. For start times in your region, check the Career tab while playing Fortnite. The new skin will make Diana Prince the latest member of the Justice League to join Fortnite. Many other heroes have found a place on the Fortnite island in the last several years, including several others from DC, like Beast Boy and Raven, as well as Marvel heroes like Black Widow, and the rest of the Avengers.