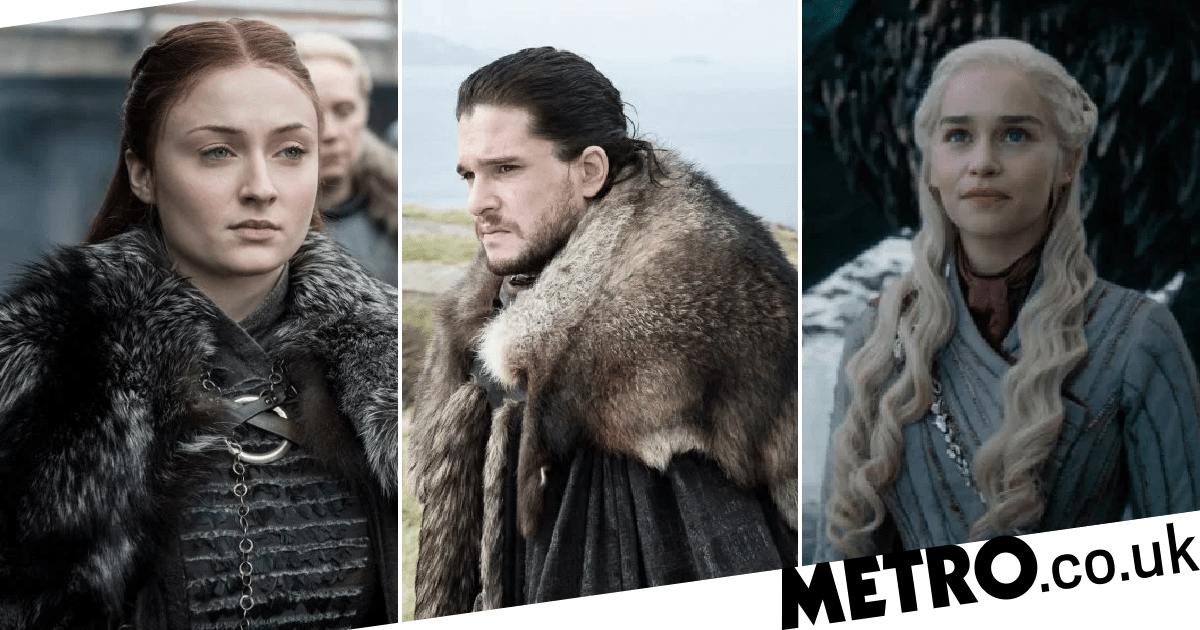 It’s already been one year since Game Of Thrones came to an end and unsurprisingly, the cast has been extremely busy since kissing goodbye to Westeros.

After that controversial season eight ending (yep, we’re still not over it), the stars have thrown themselves into an array of exciting television and film projects – with many still awaiting release.

Although we miss the likes of Jon Snow and Daenerys, let’s take a look at what the ensemble has been up to and what we can see them in next.

After starring as  Daenerys Targaryen in Game Of Thrones, Emilia went on to land a role in the festive film Last Christmas alongside Henry Golding.

She also featured in the thriller movie Above Suspicion (2019) with Jack Huston. It is based on Joe Sharkey’s nonfiction book of the same name.

Kit played the iconic Jon Snow in the HBO franchise since its inception.

Since then, he’s bagged a role in the upcoming film The Eternals, a superhero movie based on the Marvel Comics race of the same name.

He plays Dane Whitman aka Black Knight and joins a star-studded cast, which includes his Game Of Thrones co-star Richard Madden. It’s due for release in February 2021.

Maisie has been busy after kissing goodbye to her character Arya Stark.

Not soon after the show ended, she starred as a guest judge on the first-ever series of RuPaul’s Drag Race UK.

She’s also bagged a role in the upcoming film The New Mutants, an American horror based on the Marvel Comics team. It’s due for release later this year.

On top of that, Game Of Thrones fans can also expect to see Maisie in the new thriller series Two Weeks to Live, where she stars alongside Fleabag’s Sian Clifford.

Cersei Lannister star Lena has got two films due for release later this year.

The first, titled Twist is an upcoming British drama film directed by Martin Owen. based on Charles Dickens’ 1838 novel, Oliver Twist. She joins Michael Caine, Rita Ora and Britain’s Got Talent’s David Walliams in the cast.

The other film is an action thriller directed by Navot Papushado, in which Lena stars alongside the likes of Karen Gillan, Angela Bassett and Michelle Yeoh.

Peter’s got a whole bunch of exciting projects lined up since bowing out of Game Of Thrones as Tyrion Lannister.

Firstly, he’s starring in the upcoming thriller I Care A Lot, which is currently in post-production and due for release later this year.

He’s also lending his voice to Phil Betterman for The Croods 2, which is expected to hit cinemas 23 December.

If that wasn’t enough, Peter has also been cast in The Thicket and Brothers, which are both currently in the pre-production stage.

It’s also been announced that Peter will star opposite Game Of Thrones actor Alexander Skarsgard as a Machiavellian right-hand man in the action film The Dwarf.

The show, which is set in the distant future where the human race has lost the sense of sight, has been renewed for a second season.

He’s also bagged a role in the upcoming sci-film Dune, which is due to hit cinemas in December, as well as Sweet Girl, a thriller due for release next year.

And, course, Jason will be reprising the iconic Aquaman for the sequel set for 2022.

After playing Robb Stark in Game Of Thrones, Richard went on to portray Lieutenant Joseph Blake in the acclaimed film 1917.

He also is set to appear in upcoming Marvel film The Eternals alongside Kit Harington, due to land in 2021.

He also appeared in Krudttønden (also known as The Day We Died), a film about the events surrounding the terrorist attacks in Copenhagen on February 14th and 15th 2015.

After wrapping up as Jorah Mormont on Game Of Thrones, Iain swiftly bagged roles in three films – What About Love, The Windermere Children and Black Beauty.

Shooting on the latter began in October 2019, while the first two are currently in post-production.

The show, which is based on the novel of the same name by Alex Morel, follows  the only survivors of a plane crash that isolates them on a remote snow-covered mountain.

There are currently rumours that Sophie is pregnant, however neither herself or her husband Joe Jonas have addressed the claims.

Alfie has been busy since his tenure as Theon Greyjoy came to an end last year.

Besides starring in Oscar-nominated film JoJo Rabbit, he’s also due to appear in movies Night Teeth and Nightwalkers, both of which are currently in post-production.

He also joined the cast of Harlots for its third season, which dropped in July 2019, as well as appearing in ITV’s White House Farm earlier this year.

Isaac has been throwing himself into films since his character Bran Stark claimed the Iron Throne.

He’s due to appear in the upcoming sci-fi Voyagers, alongside the likes of Colin Farrell, Fionn Whitehead and Lily-Rose Depp, which is set to hit cinemas in November.

Not only that, but Isaac has also been cast in the Blue Mauritius, an action-adventure which follows five international thieves meet in Cape Town to steal the most valuable stamp in the world.

Not long after kissing goodbye to playing Samwell Tarly, John gave his voice to an episode of Robot Chicken.

Following from that, he signed up to star in Marry Me, an upcoming American romantic comedy film, directed by Kat Coiro and based upon the graphic novel of the same name by Bobby Crosby.

He features opposite Jennifer Lopez, Owen Wilson and Sarah Silverman.