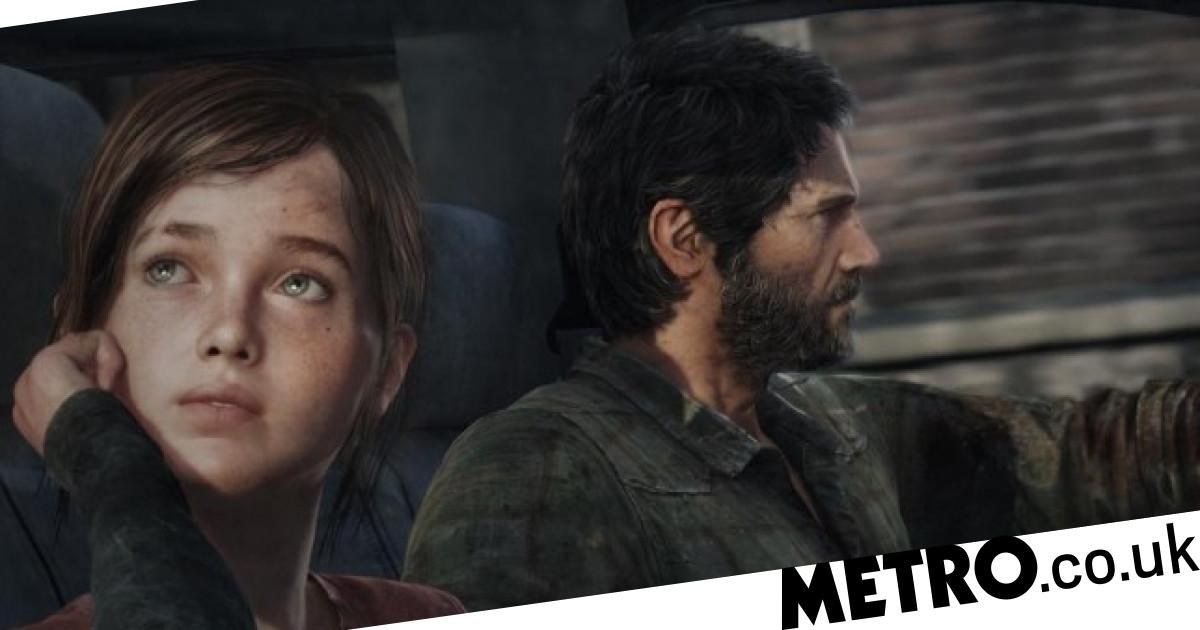 The Thursday Inbox is worried that so many companies have so few games scheduled, as one reader suggests making Capcom vs. Capcom.

To join in with the discussions yourself email gamecentral@ukmetro.co.uk

Exclusive worries
I obviously have no idea what kind of reviews it’s going to get but does anyone get the feeling that The Last Of Us Part 2 is going to be less well received than the first one? The response to the leaks seems to be quite negative (I haven’t read the spoilers so I don’t know if it’s justified) and I’ve seen a lot of people say that the footage so far, while graphically good, looks too similar to the original. As if there’s nothing really new except the story.

That’s something I have been worrying about since watching the various clips, although I can well believe they’re holding back from showing us any of the wilder stuff. But I have to admit I’m not looking forward to the game as much as I thought I would. Maybe it’s the leaks taking the air of mystery away but I’m just not sure what the purpose of the game is. If it’s not new gameplay then it’s only story and I’m not really sure what the plot’s about (and those that do know seem to not like it).

This year has been bad enough so far that I can’t deal with the PlayStation 4’s biggest exclusive being a disappointment. Let’s just say I’ll be looking forward to the reviews next month with some trepidation.
Dynomite

Advanced information
So everything points toward a PlayStation 5 reveal in early June, eh? The biggest takeaway from that for me is that Sony is willingly going first, even though they know Microsoft’s biggest event is probably going to be July. Like the guy saying about the review embargo for The Last Of Us Part 2, to me this shows that Sony are very confident about what they have to show and… maybe know what Microsoft has?

I always wonder what level of industrial espionage there must be going on in the games industry. Given how most publishers don’t even seem to know each others release dates you’d think not much but given how many leaks we get on a nearly daily basis companies must find it pretty easy to find out what their competitors are up to. Especially given how many people work on games nowadays and how long they take to make – how could news not filter out, even if it wasn’t asked for?

Not accusing or blaming Sony, or anyone else, but if we can make educated guesses to what companies are up to I’m sure paid employees can too. I now have a mental image of them finding out about the Xbox One reveal early and laughing their heads off.
Scooter

Three times record
When I read that analyst story about GTA 6 coming out in 2023 I immediately thought about the recent Reader’s Feature on the subject and how it seems even more on the money now. I held out that there was a chance the game could be announced this year, since it would be a game-changer if it was part of Sony or Microsoft’s line-up but there now doesn’t seem much chance of that.

I guess maybe Sony or Microsoft could be picking up some of the marketing costs, but all of it? That seems unlikely to me. Not that I know, but the analyst guy seems to think you could tell from the marketing when Red Dead Redemption 2 was coming out so there you go.

All of that makes the second prediction, that GTA 5 is coming PlayStation 5 and Xbox One, more likely to be true too. Think of that, the only game to ever be released across three formats in a row. Not just as a remaster but as a live game that people are still playing. Incredible, no wonder they’re being cautious about how to follow it up.
Danish

E-mail your comments to: gamecentral@ukmetro.co.uk

End of the line
So now that Xenoblade Chronicles: Definitive Edition is out there isn’t a single other Nintendo release scheduled for… ever? Just 51 Worldwide Classics, a collection of board and card games, and that’s it. Nothing. As far as Joe Public is concerned there are no more Switch games, that’s it. Nintendo has packed up shop and gone home.

What a strange company and what a strange business video games is, because a lot of other publishers are in almost the same boat. Does Capcom have anything scheduled right now? I can’t think of anything. Or Activision or EA (beyond the inevitable FIFA 21).

Whatever it is I bet it turns out to be a remaster anyway, or a yearly sequel. 2020 is like the year that didn’t happen and it’s getting really bizarre.
Brutus

GC: You’re forgetting about Paper Mario: The Origami King, coming out in July. In terms of actual release dates, Capcom has nothing, Activision has the Tony Hawk remake in September, and EA has a Sims 4 expansion and Command & Conquer Remastered Collection in June. So out of four games that’s two remasters and an expansion.

Slow evolution
I’m not really disagreeing with Simundo’s comment or the GC reply but in my time of playing video games I don’t think there has really been a significant shift in gameplay innovation since the move up from 16-bit 2D sprites era to polygons in the 32/64-bit era.

Everything since has been fine tuning and steadily improving controls, graphics sound, etc. rather than a massive jump. I am an old fart though so I’m happy to have my opinion torn to shreds.
John

GC: Almost all gameplay innovation is gradual and what evolutionary leaps there have been are not always remembered and/or are not very good. Nobody cares about Floating Runner, only Super Mario 64.

Real world problems
I really love the Uncharted series but The Last Of Us just never clicked (ha ha!) with me. I’ve completed it twice and while I appreciate it as a work of art with its strong writing, animation, motion capture/voice performances, and tense stealth (especially around the clickers) I just don’t love it.

I’ll admit it’s me, but I just find it so darn depressing, which is why I won’t be playing Part 2, as someone with mental health issues I don’t think it would be wise!

I guess I’m just wondering about Naughty Dog’s direction now. A lot of the big names in the Uncharted team have left (Amy Henning, Richard Lemarchand, and Bruce Straley) and Neil Druckmann (who must be one of the gloomiest people on the planet – he wanted to kill Elena in Uncharted 2 for goodness sake!) is now vice president of the studio.

Uncharted 4 had its fourth anniversary recently (10th May) and sure it’s a bombastic globe-trotting romp but it’s also about family and love.

Fast forward onto The Last Of Us Part 2 and now we have a game about hate! While I’m sure it will sell well, it could end up leaving a bad taste in fan’s mouths – putting Ellie, a character who a lot of people adore, through hell and for what?! A commentary on the cycle of violence? I just don’t get it!
LastYearsModel

GC: A commentary on the cycle of violence sounds like a pretty good idea to us, if it’s handled well. It’s not exactly a lesson that people have ever been very good at heeding.

Terminological inexactitude
I am really hoping that the rumours about a new Silent Hill game are true but it’s going to be very odd if it does get announced, given Konami flat out said the rumours aren’t true. Especially if it does turn out to be a co-production with Sony like they said. If it does turn out to be true will that be the most blatant lie that a publisher has ever told?

There’s a lot of exaggeration and nonsense around a new console launch but I don’t know that there’s anything that’s ever been an easily provable lie. I’m willing to let them off though, if the game is good.
Fester

Catch up on every previous Games Inbox here

Capcom vs. Capcom
Good to know that Street Fighter 5 is still popular enough to be getting more DLC but when trying to think who the new ones could be I’ve come up pretty blank. And then I started to wonder why they’ve never really had any crossover characters before, either from their own games or anyone else’s. Final Fight is kind of the same series but as far as I know nobody else has ever made the jump.

If there is no Marvel Vs. Capcom 4 then wouldn’t DLC characters for Street Fighter 5 be just as good? Turn it into a sort of Super Smash Bros. for Capcom characters? Maybe leave out some of the wackier ones, like Phoenix Wright, but there are plenty of fighting game characters and martial arts characters that could be included, from Dark Stalkers, Rival Shools, Red Earth, Cyberbots, and more.

Maybe it’s just me but I was always more interested in the Capcom side of Marvel Vs. Capcom, seeing them give life to all these obscure characters in a fighting game, and would be more than happy if it was just them. And if they don’t want to do that in Street Fighter than just create a new game.
Liquor

Inbox also-rans
There is a free mystery game on the Epic Games Store from 4pm today, it is rumoured to be Borderlands: The Handsome Collection, which includes Borderlands 2 and Borderlands: The Pre-Sequel game.
Andrew J.

That Fast & Furious game looks awful! Jeez. I thought the announcement one was worrying enough but what are they thinking about with that? It all looks like a lame driving mission from a shooter or something.
Alex

This week’s Hot Topic
The question for this weekend’s Inbox was suggested by reader Podge, who asks what classic game or franchise have you never played?

Was there any notable game you went for a long time without playing and recently got a chance to try out? What did you think of it in the end and do you have plans to catch up on the other titles you’ve missed?

E-mail your comments to: gamecentral@ukmetro.co.uk

The small print
New Inbox updates appear every weekday morning, with special Hot Topic Inboxes at the weekend. Readers’ letters are used on merit and may be edited for length.

You can also submit your own 500 to 600-word Reader’s Feature at any time, which if used will be shown in the next available weekend slot.