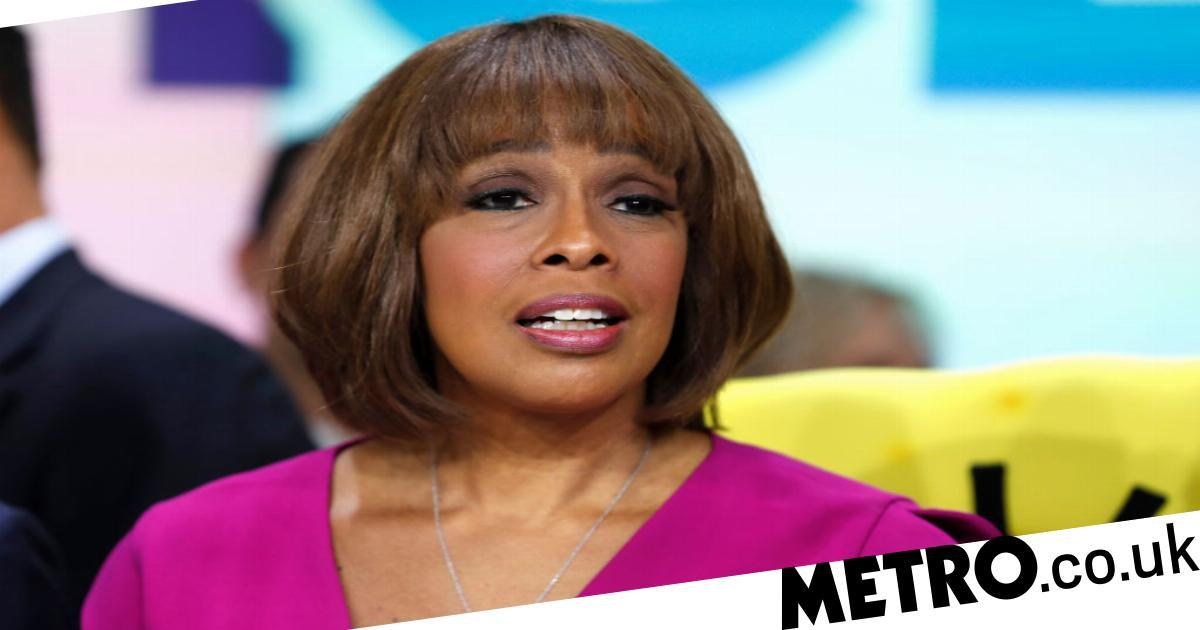 Gayle King appeared visibly shaken on air as she discussed two incidents against black men that occurred over the weekend in the US.

The CBS This Morning anchor’s voice cracked as she admitted the day was ‘too much for me’, following videos of the death of George Floyd and a white woman, Amy Cooper, falsely accusing a black man, Christian Cooper, of threatening her in Central Park.

With the CBS anchors reporting from their respective houses, Vladimir Duthiers showed the Central Park video, in which Christian Cooper filmed Amy Cooper after asking her to put her dog on a leash, in an area of the park which requires this.

Amy Cooper went on to say: ‘I’m going to tell [the police] there’s an African-American man threatening my life’, and while on the phone to the police, she raised her voice and acted hysterical while alleging that her life was being threatened.

Duthiers pointed out that ‘throughout American history there have been innumerable examples of African Americans falsely accused who have been imprisoned, shot, lynched’, and questioned what would have happened if Cooper had not been filming.

King, 65, looked emotional as she said: ‘Again I say, thank goodness that there’s video tape. I think as a daughter of a black man and the mother of a black man, this is really too much for me today. I’m still rattled by that last story. And she’s practically strangling her dog to make these false accusations against another black man.’

Her voice breaking, the journalist continued: ‘I’m still so upset Vlad, I’m sorry, I’m still so upset by that last story, where the man is handcuffed underneath a car where people are pleading “please, he can’t breathe” and we’re watching a man die.

‘So we go from that story now to this story, where she falsely accuses a black man on television… I don’t even know what to do or how to handle this at this particular time. I am speechless. I’m really really speechless about what we’re seeing on television this morning. It feels to me like an open season and that it’s just not sometimes a safe place to be in this country for black men, and today is too much for me.’

The death King referenced was that of 46-year-old black man George Floyd, who died in Minneapolis after a white officer pressed his knee into his neck behind a squad car following his arrest.

A nine minute video which surfaced on social media shows a white officer pressing his knee into Floyd’s neck, with Floyd, lying face down on the ground, repeatedly saying he can’t breathe.

After five minutes, Floyd appears unconscious, and the officer does not lift his knee until an ambulance arrives.

Minneapolis police claim that Floyd has resisted arrest after they attended a call over a man allegedly attempting to use forged documents at Cup Foods.

Four police offers have been fired over the incident.

Floyd’s death in custody has sparked protests, with celebrities sharing their outrage on social media.

Meanwhile, Amy Cooper has been fired from her job at investment company Franklin Templeton following the Central Park incident.

She told CNN: ‘I’m not a racist. I did not mean to harm that man in any way.’

Cooper also returned her dog to a shelter.