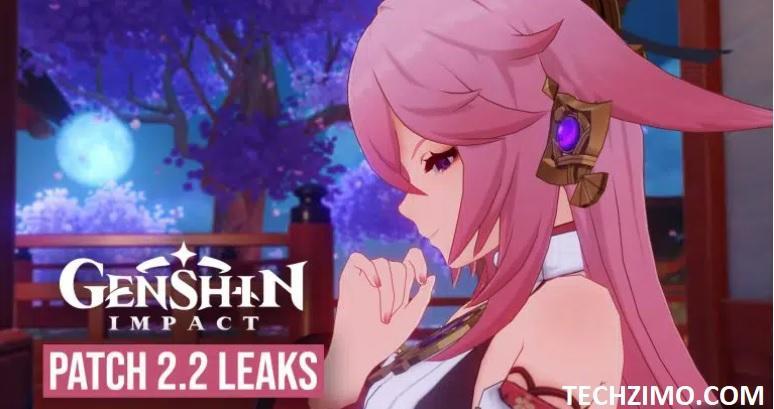 Weapons are very crucial in Genshin Impact. You can have the game’s best character on your team, but they might be unable to maximize their potential without the right weapon. New weapons are added to Genshin Impact in their recent big update.

The Genshin Impact 2.2 release date is 13 October 2021. The date was announced along with the special peek into the new Inazuma map. Later the release date was confirmed by miHoYo when they launched the trailer. miHoYo has also collaborated with Horizon Zero Dawn to bring Aloy in the next update of Genshin Impact.

There will be numerous quality of life changes added to Genshin Impact. You can now nickname your friends, and Domain rewards will automatically be given to you, rather than having to be collected. When you hit certain benchmarks in ascending your character, you’ll be rewarded with free Acqaint Fate.

A leak suggested that Genshin Impact 2.2 will introduce a new 4-star character known as Thoma. Genshin Impact is planning to re-run some popular 5-star characters with Childe and Hu Tao being the potential choices. The upcoming character Thoma will be a Pyro Polearm character and feature incredibly powerful Elemental Skills and Elemental Burst. He will be one of the most powerful upcoming characters that can inflict a lot of Pyro damage to the enemies.

Here’s all the new content rumored to be arriving in the 2.2 update: