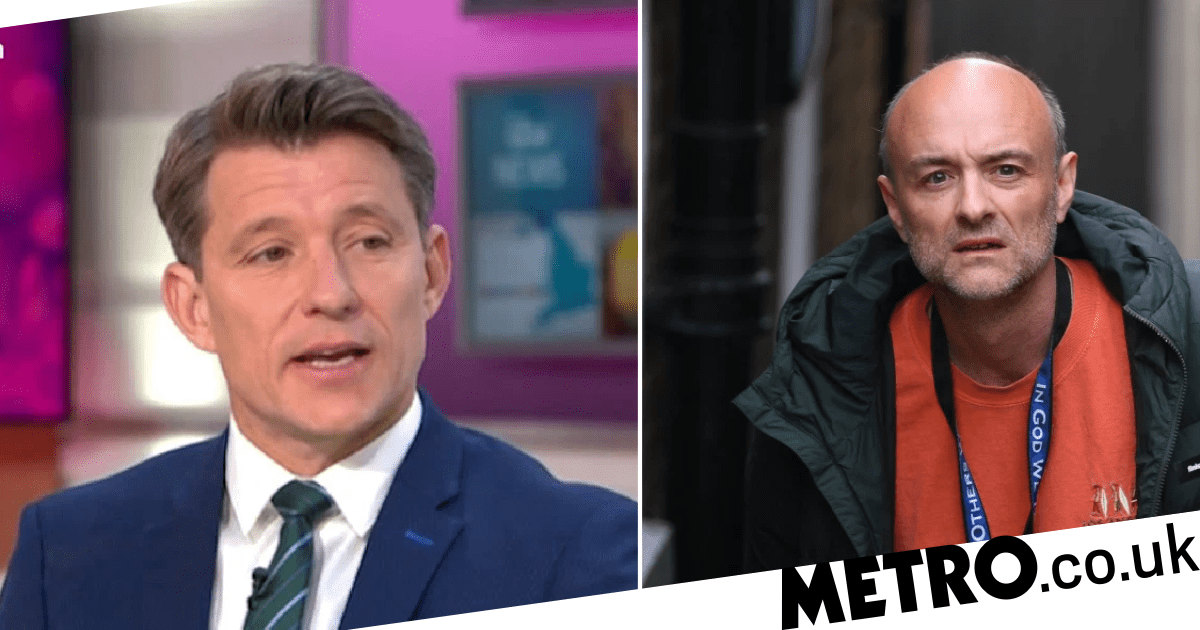 Mr Cummings sparked fierce criticism after it was revealed had driven 250 miles to his parents’ house with his wife and children to stay with his parents while self-isolating at the start of April after strict lockdown rules had been imposed on the UK.

During Sunday’s press briefing, the Prime Minister said the senior aide had acted ‘responsibly, legally and with integrity’ by making the journey.

Despite restrictions in place, he said Mr Cummings had ‘followed the instincts of every parent’ and would not be ‘marked down’ as a result.

Addressing the news on today’s show, Ben read a letter from Melissa.

‘I think this sums it up brilliantly, Charlotte,’ he began. ‘Dominic Cummings’ actions and Boris Johnson’s absolute backing of them have really upset me.

‘His excuse that he was just being a good, noble, understanding father is a slap in the face to all those that missed their parents’ funerals, to those who couldn’t see their child in hospital, to anyone frightened and alone that did obey the law.

‘It implies that you could have done all these things, but that you just didn’t care as much as Dominic Cummings did, and this has made me really angry.’

‘Because everybody had been sticking to the rules and then the Prime Minister seems to suggest there that he followed the instincts of every parent and every father there and I don’t mark him down there.

‘But so many people got in touch with me to say, “Well, you know, they were in difficult situation and they wanted to follow their instincts but they followed the rules.”

‘So many parents, so many families up and down the country have been torn apart by what is happening in the last few months. They’ve had to make really difficult decisions to try to do the best for their families.

‘But to do something like this when you are in charge of making the lockdown rules, when you’ve put together the whole strategy – I think that’s the bit that people are finding really difficult.’

Mr Cummings first started displaying coronavirus symptoms over the weekend of March 28 to 29, and is believed to have travelled to Durham days later, despite Downing Street saying he was isolating in London on March 30.

On March 31, Durham Constabulary were ‘made aware of reports that an individual had travelled from London to Durham and was present at an address in the city’.

Officers then spoke to the owners of the address and deemed no further action was required. Witness Mr Lees then said he saw Mr Cummings at Barnard Castle, 30 miles away from his parents home, on April 12.

Downing Street denies the reports. The senior aide then returned to London on April 14, but another bystander said they saw him looking at bluebells in the woods near Houghall, in County Durham, on April 19.

Good Morning Britain airs weekdays at 6am on ITV.