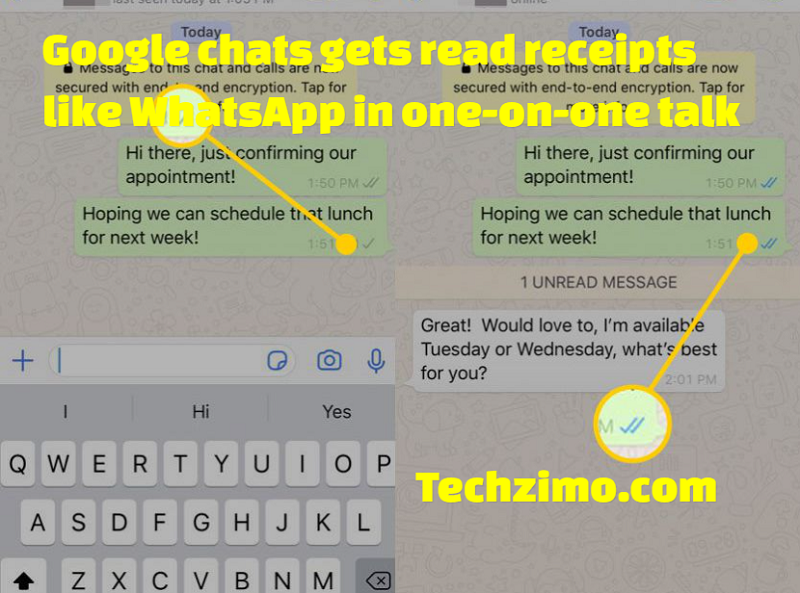 Google is solely working to offer its users a great chatting experience last month Google has announced read receipt feature. Now the read receipt feature of Google chats has rolled out and the feature will be available for all Google workspace customers.

In September Google has confirmed that it is working on a new feature and the feature would be available on October 5.  “You will be able to see when your direct messages from Google Chat were seen within 5 October”. The feature will only apply on inactive chat windows for one-on-one chats on Android, iOS, and the web. You would be able to notice the image of the person you are communicating with to the right of the last message he/she has seen, “Google had confirmed via a  blog.

Now you can’t ignore messages in one-to-one chats because the sender of the message will be able to know that you have seen the message. Credit goes to the whole new feature.

According to Google, Earlier this feature was available in Hangouts, which was later renamed as Google Google chats.

Google had announced before that it would become one integrated app. In a blog post, Google said that admins can migrate their users from classic Hangouts to Google Chat. If some users are using Google chat and rest are using Hangouts then it can lead to missed messages and become a headache for admins. And if you have a remote or distributed workforce, unifying your users onto a single chat network can help everyone communicate successfully,” Google said.

“Google Chat provides an integrated platform that makes team communication simple and efficient. This highly anticipated integration allows your users to communicate seamlessly, without the interruption of tab switching,” the blog said.