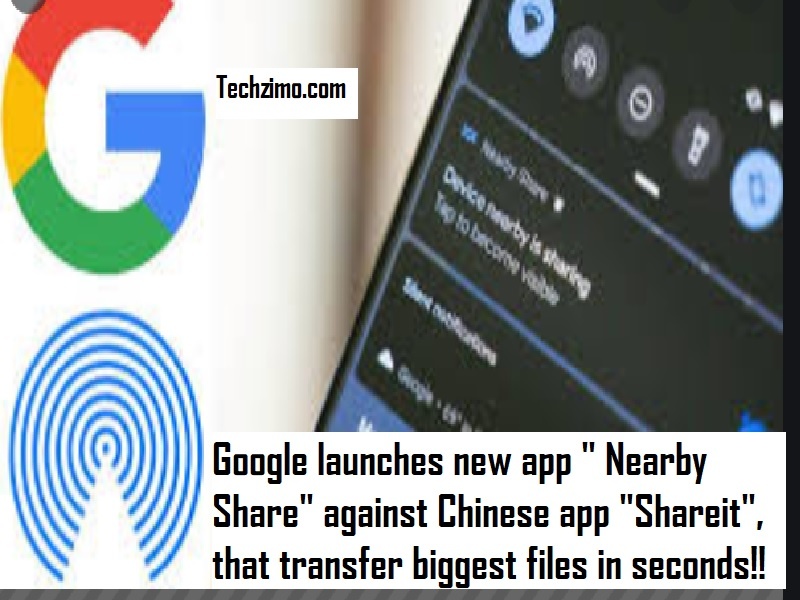 After the government banned Chinese file transfer app Shareit, now search engine company Google has launched an app of its own.

The app is named “Nearby Share” by the company.

After the government banned the Chinese file transfer app Shareit, now the search engine company Google  has launched an app of its own.

The app is named “Nearby Share” by the company. This app is also like AirDrop of Apple which works on the iPhone.

Google is launching a new Android feature called “Nearby Share” that enables direct sharing between any device running Android 6 and up.
Nearby Share works between Android phones and will work with Chromebooks “in the coming months,” but it can’t share to iOS devices, Macs, or Windows machines.

Made In India App Photostat launched as an Alternative to CamScanner|Check How To Use?

Android users will also be able to easily share pictures, files, and

links via Bluetooth to the nearest phone.

Google has created a new feature keeping in mind the need for Android users, with the help of which Android users will be able to easily transfer data from one device to another.

For this, they will take very little time. It was told that this new feature in Android will be given to OS Android 6 and all subsequent devices.

From photos to videos and links can also be shared within seconds with the help of this feature.

How do I get Nearby sharing?

Related Topics:Google launches new app " Nearby Share" against Chinese app "Shareit" that transfer biggest files in seconds!!How do I get Nearby sharing?What is "Nearby share"?