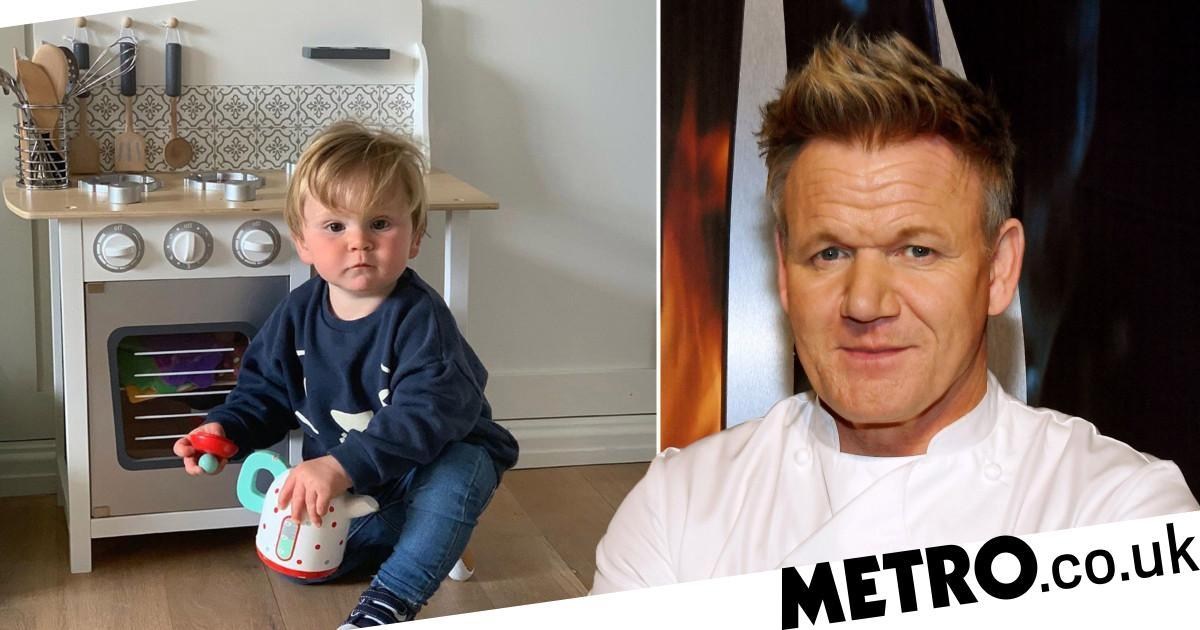 It looks like Gordon Ramsay’s youngest son Oscar might just be following in his father’s footsteps of becoming a professional chef.

And we are totally okay with this.

Taking to Instagram, Gordon shared a photo of the youngster playing with his own toy kitchen, and we’re a bit jealous of his pretty impressive setup.

The display included an oven, kitchen utensils, spoons and pastry cutters, and even a kettle, which Oscar proudly held onto.

‘Cuppa Tea anyone!’ Gordon wrote. ‘@oscarjramsay is in the kitchen.’

Fans in the comments are adamant he could be a budding cook when he’s older, with one writing: ‘This man will grow up to judge the f*** outta your food (sic).’

Another said: ‘No doubting his heritage.’

Meanwhile, some were in awe at how much the tot looked like his famous dad.

‘Wow little Gordon for sure,’ a follower commented.

Gordon is currently spending quarantine with Oscar alongside wife Tana Ramsay and their other children: Megan, Holly, Jack and Matilda. The family relocated to their holiday home in Cornwall just as the lockdown began.

The 53-year-old had previously paid tribute to Oscar as he celebrated his first birthday back in April, in a sweet tribute shared on social media.

Posting a photo of him carrying his son on his shoulders, he wrote: ‘Happy happy 1st birthday to this little boy have a great day Oscar love you daddy.’

Gordon has kept himself busy by teaming up with Ant and Dec to lead the mental health campaign Britain Get Talking for a special advertisement, where they reinforced the importance of staying connected during these difficult times.

Other stars who took part in the campaign include Phillip Schofield, Holly Willoughby and David Walliams.

MORE: Sting fan’s dying wish to give singer painting will bring tear to your eye