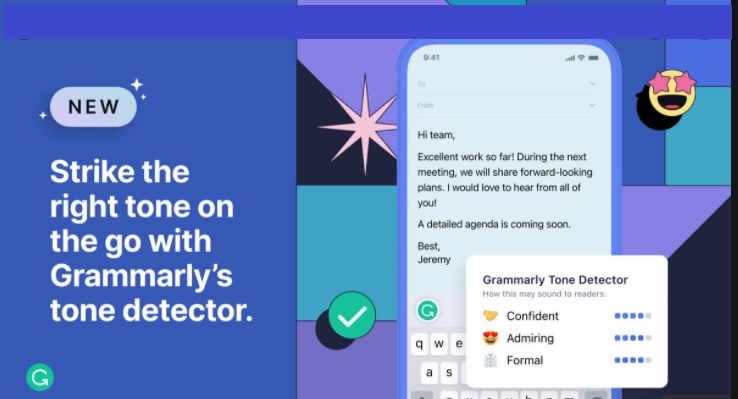 Grammarly has introduced tone detector features for its smartphone application on both Android and iOS. The new feature detects the tone of the user and provides feedback on how they can improve their message so it can be better interpreted by the recipient.

The tone detection feature will work in any app that Grammarly supports and will allow users to check if their message or email sounds confident, admiring, critical, formal, and so on. However, the feature will require you to input at least 150 words in order to be able to detect your tone.

Grammarly’s assistant is built to provide feedback on multiple dimensions of writing, including clarity, correctness, engagement, and delivery—because in some situations, what you say is as important as how you say it.

How to use the new feature?

Users can access the tone detection feature on the Grammarly keyboard on iOS and Android right away, once they’ve updated to the latest version.