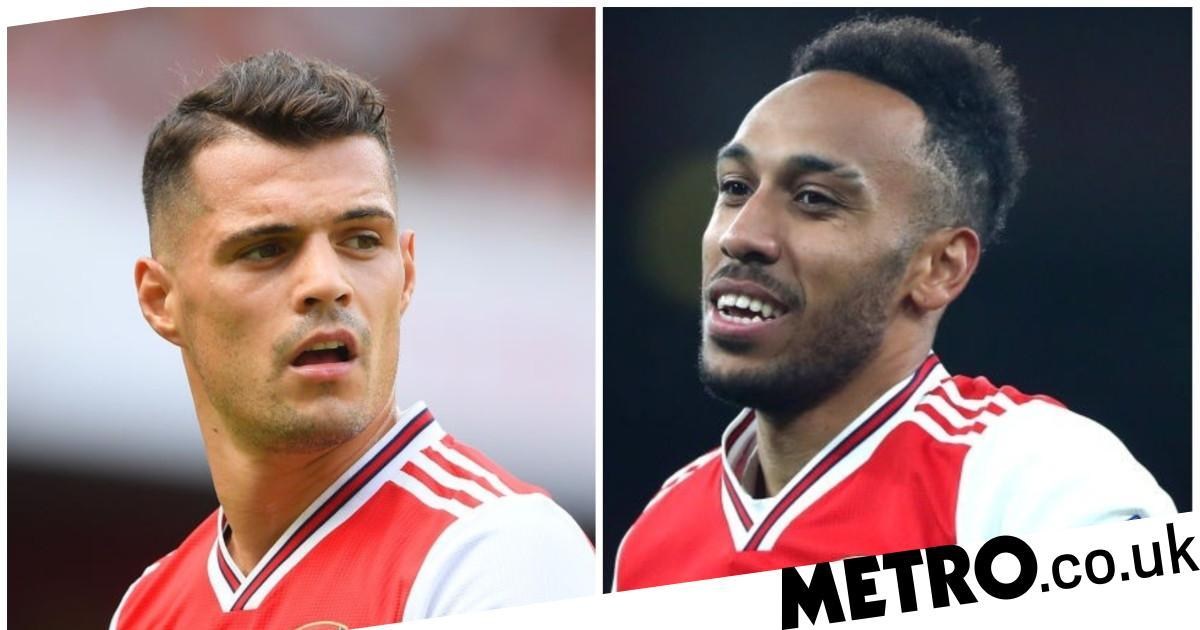 Granit Xhaka admits it would be a ‘great loss’ for Arsenal if Pierre-Emerick Aubameyang was to leave the club and has defended ‘positive’ Mesut Ozil.

Aubameyang has developed into one of Arsenal’s most important players since signing from Borussia Dortmund in 2018, scoring 61 goals in 97 matches for the Gunners.

Despite his influence at the Emirates, Aubameyang is being strongly linked with a move away from Arsenal, with his current contract set to expire in the summer of 2021.

The likes of Real Madrid and Barcelona have expressed interest in signing the 30-year-old, with Arsenal currently considering whether to sell him this summer or risk losing the forward for free in 12 months’ time.

Asked about the speculation linking Aubameyang with a move, Arsenal midfielder Xhaka told SportBild: ‘If that were to happen, it would, of course, be a great loss for the team and the club.

‘Auba is always dangerous and always good for a goal, and as a guy, he’s also really great.

‘He is always positive, optimistic, helpful and very professional.’

Xhaka, who was replaced by Aubameyang as Arsenal captain earlier in the season, has also defended Ozil.

The German playmaker often attracts criticism over his perceived lack of effort but Xhaka said: ‘I see him here as a very positive, likeable colleague.

‘He is an extremely down-to-earth guy, always ready to help, and he works hard in training and in my opinion he really enjoys football.

‘When Mesut is in form, he is, of course very important to us and can always make the difference. We really don’t have to discuss his footballing skills here.’