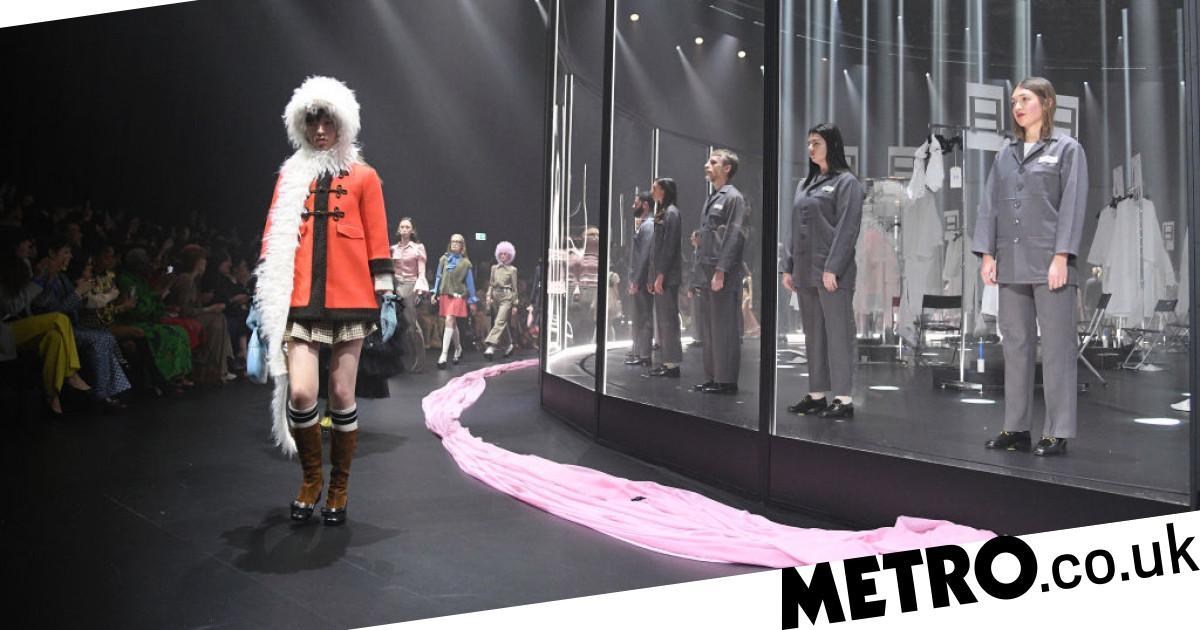 Gucci will cut the number of fashion shows they holds every year from five to two as their creative director declares ‘clothes should have a longer life’.

The label will hold two ‘seasonless’ shows in an effort to reduce waste.

Alessandro Michele, the company’s creative director said: ‘Clothes should have a longer life than that which these words attribute to them.

‘Two appointments a year are more than enough to give time to form a creative thought, and to give more time to this system.’

Traditionally, they would be preparing to show a new collection at Milan fashion week in September but have no plans to do so this year.

Shows have been cancelled due to the coronavirus pandemic but Gucci declared that even when the situation is under control, they will not return to the same system.

It said: ‘Above all, we understand we went way too far.

‘Our reckless actions have burned the house we live in. We conceived of ourselves as separated from nature, we felt cunning and almighty.

‘We usurped nature, we dominated and wounded it. We incited Prometheus, and buried Pan.

‘So much haughtiness made us lose our sisterhood with the butterflies, the flowers, the trees and the roots. So much outrageous greed made us lose the harmony and the care, the connection and the belonging.’

Gucci is the first major fashion label to make the change, although Yves Saint Laurent (which is owned by Kering, Gucci’s parent company) previously said it may ditch the fashion calendar.

MORE: Gucci celebrates Year of the Rat with a collection inspired by a mouse