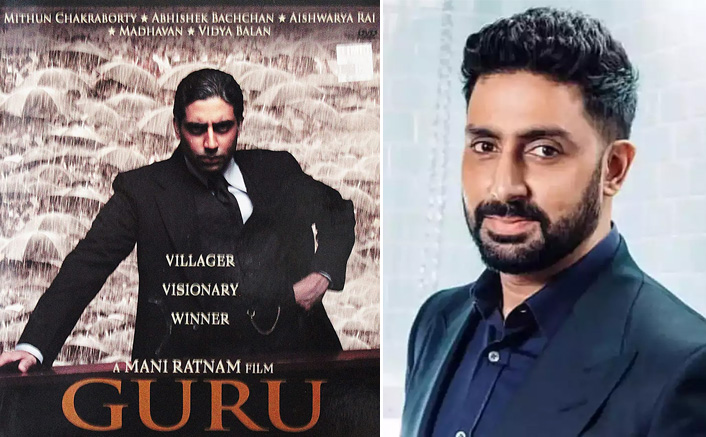 It was Flashback Friday for actor Abhishek Bachchan as he went down reminiscence lane and reminisced capturing for the “Tere bina” music from the film “Guru”, which is directed by Mani Ratnam.

“On the units of Guru in October 2006 in Madurai. Mani had determined to shoot the music ‘Tere Bina’ ( my all time favorite) a lot after we had completed precept images. Should you look carefully in the course of the music I had lengthy hair, which I had grown for my movie ‘Jhoom Barabar Jhoom’.

“Since this shoot occurred in the course of JBJ’s shoot (Shaad, the director of JBJ can by no means say no to Mani as he was Mani’s assistant and considers him to be like household, therefore adjusted his dates to allow this shoot) I simply shaved my beard however clearly couldn’t reduce my hair. They used to pin up my hair throughout this shoot to look shorter and match the continuity look of Gurukant Desai,” Abhishek wrote on Instagram together with a BTS image from the units.

He additionally recalled how one in all his pals, who paid go to on the units, was forcefully made to shoot for some sequence.

“A enjoyable reality. Additionally seen on this picture is one in all my finest pals Gaurav. Babu, as I fondly name him had come to go to me and Aishwarya in the course of the shoot as he stays in Chennai.

“Simply as we had been about to start the scene Mani determined he wished to shoot this scene in OS ( over the shoulder) of the ‘minister’. Since we didn’t have an actor readily available, they ( Mani and @dirrajivmenon [also seen in this photo]) actually put a really reluctant Babu into the shot as he was on set watching the shoot and made him into the “minister”. I don’t assume he’ll ever forgive us for doing that to him and has since by no means visited any shoot of mine,” Abhishek recalled.

Launched in 2007, “Guru” narrated the story of a villager who goes on to change into one of many largest enterprise tycoons in Indian historical past. It additionally options Aishwarya Rai Bachchan.