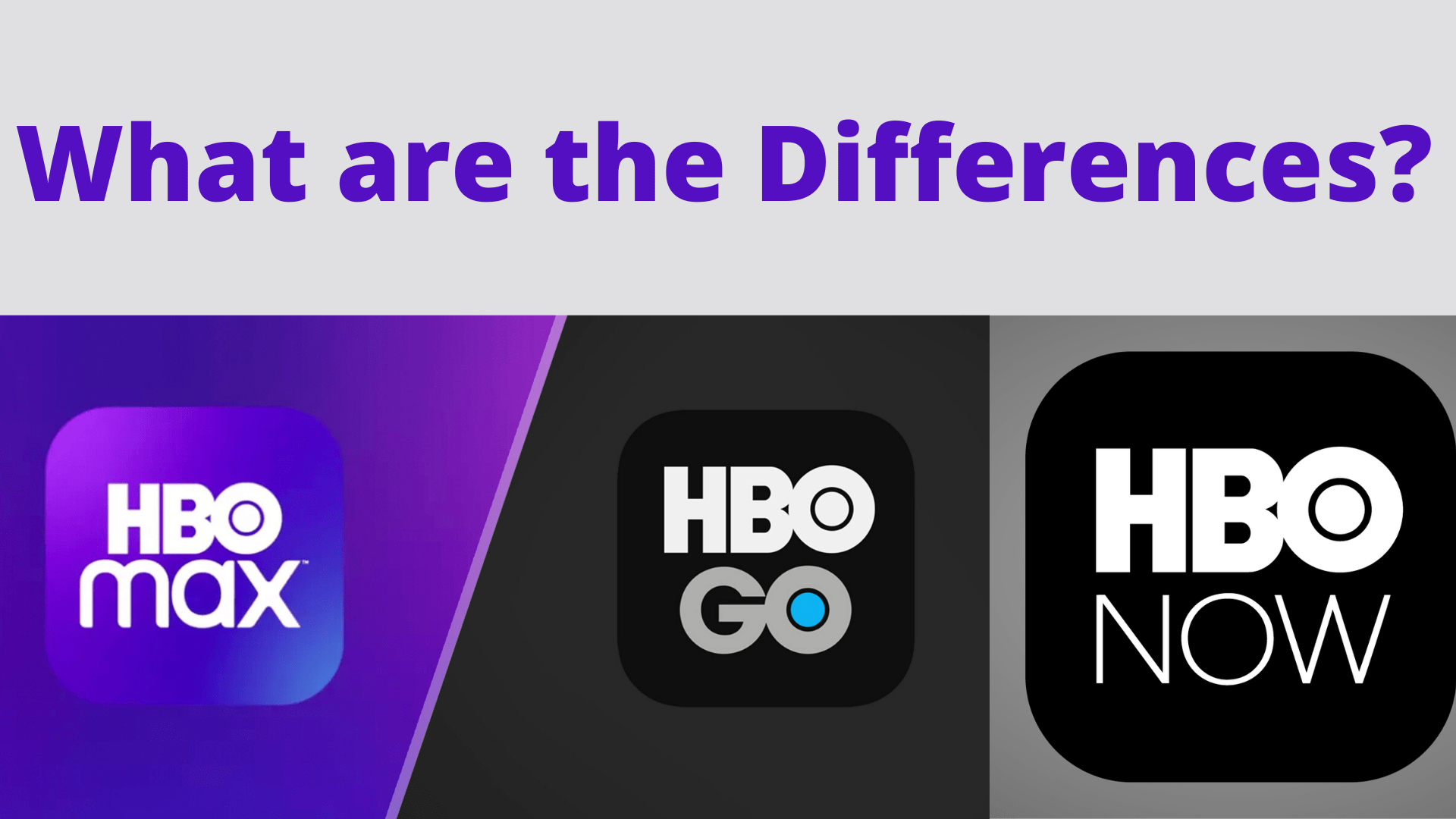 Are there any differences among HBO Max vs. HBO Now vs. HBO Go? To ease out the services for different kinds of people and to make them choose HBO only, There is not one HBO platform but three! HBO users are trying to figure out the differences between HBO max with other HBO services and want to get to some conclusion. If you are also one of them, this article is for you. Today, I am going to discuss the key differences between HBO Max vs. HBO Now vs. HBO Go.

On 27th May, Warner’s media brought a new HBO platform named HBO max. People are now scratching their heads. Why warner’s media brought a new platform at the same reasonable prices? What’s the need? If there is no price difference then would there be the content difference? To know the answers to all these questions, let’s go on a tour! Read below!

HBO Go is a channel provided by your TV service provider. This channel contains original content form HBO that includes series, documentaries, specials, and movies. For this, you need to opt for a cable TV package in which HBO GO is included.

HBO now is an independent streaming platform that provides all the original content for HBO. No cable TV or satellite connection is required in this case. As I have told you its an online streaming platform, so you have to pay directly to HBO. You can also get access to HBO max. It offers the same content as you find on the HBO Go channel.

It is a recently launched platform by warner’s media. It features 10,000 hours of premium content containing all of HBO together with more shows,  movies, and Originals.  Example of content includes Friends, South Park, The Big Bang Theory, Wonder Woman, the Studio Ghibli collection, and much more.

HBO Go: The rice of HBO Go is set up by the Cable provider and it typically costs up to $15 per month.

HBO Now: The monthly subscription of HBO Now is $14.99/month.

Please Note down if you have subscribed and paid, for Now, you can get access to the max as well.

Please note that HBO Max does not support Roku and Amazon Fire TV.

NO, right now it is available only in America. Warner media has further plans to distribute it worldwide.

Where do I get HBO Max?

HBO Max app is available on App Store and Google Play Store.  Simple download the app. Launch the app and subscribe to the service.

Comparing content, prices, and other features like HBO Now to HBO max relaxation, I would say that HBO max is the clear winner. HBO max offers all the content you get on HBO Go and HBO now along with thousands of extra added movies and shows.

I hope now you have a clear idea about the differences between, HBO Max vs. HBO Now vs. HBO Go.