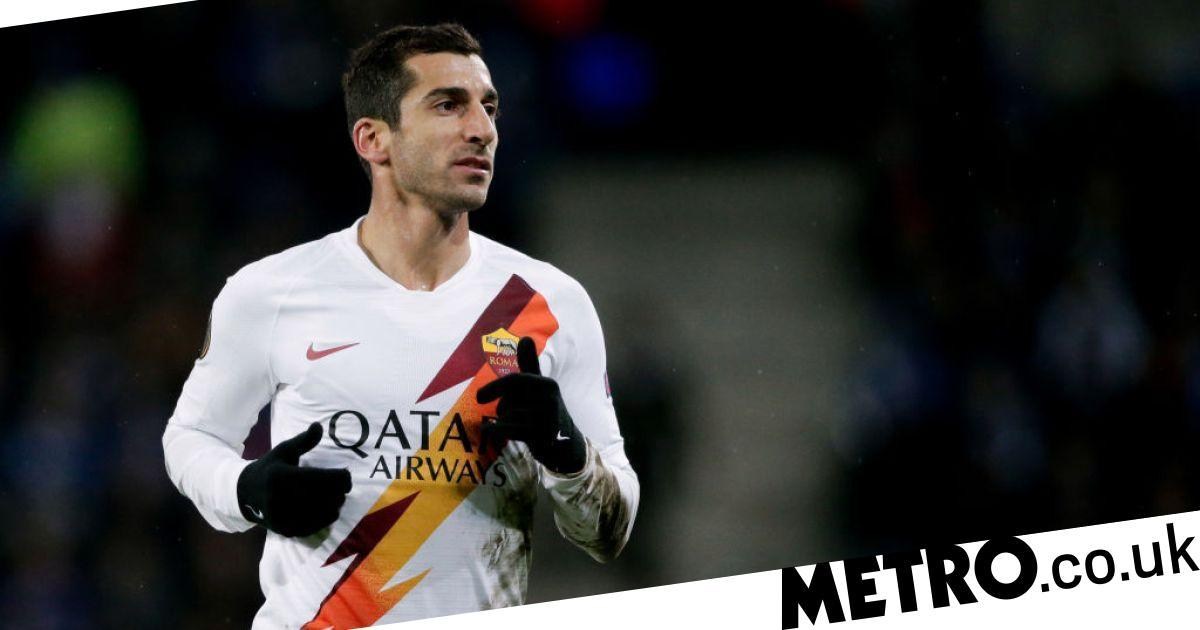 Arsenal midfielder Henrikh Mkhitaryan has expressed his desire to extend his stay at Roma as the Gunners reportedly seeking just £10m for the out-of-favour Armenian.

Despite suffering with various injuries, the 31-year-old has made an overall good impression during his season-long loan spell in Serie A.

The Armenia international’s agent Mino Raiola rubbished claims that Mkhitaryan told the Gunners that his time at the Emirates was ‘over’, but the player has now reiterated himself that he would like to remain in Italy next season.

‘Since the first day I arrived here in Rome, I feel very good in the club, in the city, and of course it would be nice to stay here,’ Mkhitaryan said in an interview with the Italian embassy in Armenia.

‘Comparing it to England, Germany and Ukraine, it has special things. People underrate Serie A but I would say it’s more than interesting to play here.

‘Of course, it’s not the same as it was 20 years ago but I’m pretty sure the league is getting better and better.

‘I am more than happy to be here, to play in Italy with those fans is incredible… I’m really pleased to play in Roma and have fans like that.’

The two clubs are yet to come to an agreement over a fee for the midfielder, and a reported £10m asking price could be lowered even further.

Mkhitaryan is fast approaching the latter stages of his career, and has put extra emphasis on his desire to win trophies.

‘I do not have a lot of time left until the end of my football career, but I’m pretty sure that I’m doing my best to achieve more.

‘Because at the end of your football career everyone will remember what you have done for the club, what titles you have won.’